Information to Action: Olivia Jarrell ’19 on working in an international context

Fewer than six months after her graduation from Gettysburg College, Olivia Jarrell ’19 found herself in Beirut, Lebanon—journeying through a nation engaging in a protest against their government. In the midst of this experience, Jarrell’s first instinct was to contact her former anthropology professor, Amy Evrard, to draw connections to her Language, Culture, and Identity class she took on campus.

She recounts to Evrard, “Walking around Beirut reminded me of our class where we discussed the remembrance of the Lebanese Civil War in the landscape and memorials. Throughout different parts of the city we saw so many memorial sites: small shrines of the Virgin Mary, the bullet holes in the Martyrs Memorial, shelled buildings, and photos of martyrs posted around the older parts of Beirut.”

Gettysburgians are no strangers to applying their coursework to real-world experiences. Gauging from her academic focuses in Anthropology, Globalization Studies, and Peace and Justice Studies, Jarrell has always found value in exploring the nuances of foreign cultures. After completing numerous courses and research projects about the Middle East and North Africa (MENA) region from afar, Jarrell believed it was necessary to distance herself from the Americentric portrayals of the Arab World by directly engaging with workplaces, people, art, customs, and knowledges situated in the region itself. For that reason, Jarrell decided to move to the MENA region after she graduated from Gettysburg.

After Interdisciplinary Studies Professor Aisha Mershani, someone Jarrell considered a mentor in both her independent research and career exploration process, suggested that Jarrell consider Jordan when exploring potential career destinations, she applied to and accepted an International Relations Internship at the Amman Center for Human Rights Studies. This small civil society organization focuses on education, research, and training in order to transform the state of human rights on a national and regional level. In this position, Jarrell drafted research documents, wrote grant proposals, and maintained communications with the United Nations Educational, Scientific and Cultural Organization.

Currently, Jarrell works as a consultant for St. Andrew’s Refugee Services in Cairo, Egypt, where she engages with a wide range of community-based organizations in the area on resource mobilization and advocacy tactics. While Jarrell found the transition to Jordan relatively painless, she believes that the intensity, size, and population density of Cairo in comparison to Jordan may take more time to adjust to.

“There can be moments that are really defeating in succumbing to the frustration of functioning outside of what is comfortable to me. Yet, there can also be really empowering times when I can confidently maneuver an intimidating situation. I believe that Cairo will be that transformative push,” Jarrell said.

Jarrell credits her Gettysburg College coursework for introducing her to concepts of activist scholarship and positionality that have aided her transition to living and working in the MENA region. She also reflects fondly on her experience as a Leadership Mentor with the Garthwait Leadership Center (GLC). She believes the GLC taught her how to be an effective facilitator, allowing her to consider how she can positively contribute to a dialogue without having specific or localized knowledge about the topic at hand.

Above all, Jarrell acknowledges the privileges that have granted her access to this experience. Because she has an American passport, she has been able to travel to these two MENA countries with relative ease. She also credits her status as a Caucasian woman as allowing her to be looked upon positively as a Western tourist.

Jarrell admires her colleagues for being invested in their organization’s mission. St. Andrew’s Refugee Services pilots sustainable, hands-on strategies for both relief assistance and capacity-building for refugees and vulnerable migrants—and 85 percent of its employees hail from these displaced communities.

“I’m exposed to people who are so unbelievably passionate about their work; it’s an infectiously compelling energy. So, in short, my long-term career goal is to never stop seeking out workplaces that ignite, foster, and test this spark.”

Explore how to make the world your classroom at Gettysburg College. 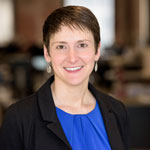