Crabbing in the Seychelles with Cody Kiefer ’17 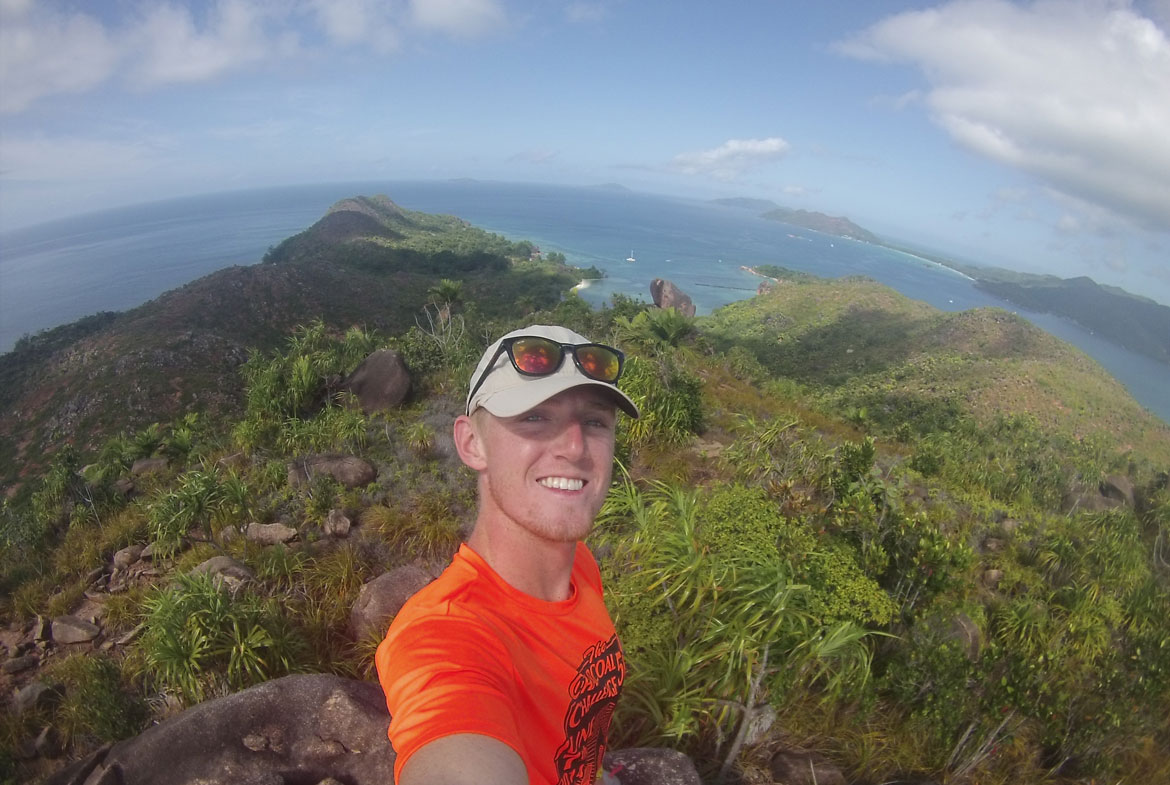 Spending eight weeks on a tropical island seems like the perfect way to spend a summer, but for basketball player Cody Kiefer ’17 it was more than just an opportunity to put his toes in the sand.

Many students at Gettysburg study abroad, but as a competitor in a sport that spans both semesters, Kiefer didn’t want to sacrifice valuable time on the court. Instead, he waited until the summer and signed up to do an internship with Global Vision International (GVI) on Curieuse Island, one of 115 islands that make up the Republic of Seychelles in the Indian Ocean.

“I really wanted to do something that was going to get me some experience,” said Kiefer. “I didn’t want it to look like just a two-month vacation.”

Kiefer’s experience was far from a vacation. After traveling by plane, bus, taxi, and boat over a span of three days, he waded through the waves with his luggage above his head onto the sandy shores of Curieuse, a small granitic island covering an area of just over one square mile.

Kiefer, along with a dozen other volunteers, stayed at an abandoned leper colony which had been cleaned up by GVI. There was little in the way of electricity and running water on the island, and he reserved what little phone service he had for weekly calls home to his parents.

“There was no one on the island except us and a couple park rangers,” recalled Kiefer. “That was half the fun for me. It was a much more laid back way of life.” 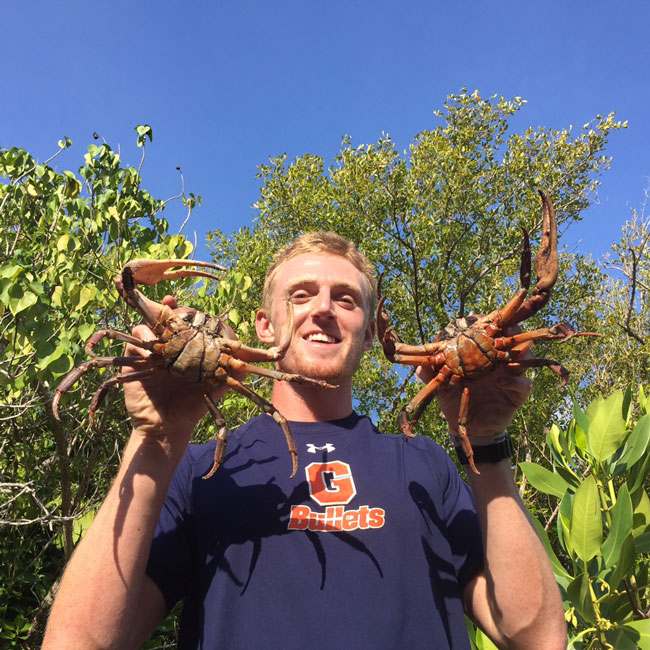 The GVI volunteers worked closely with the Seychelles National Park Authority in keeping track and maintaining the thriving ecosystem. Kiefer and crew surveyed local populations of sea turtles, lemon sharks, and a rare species of palm tree called the coco de mar, which features the heaviest seed pods in the world and only grows on Curieuse and Praslin Island to the south.

Kiefer took the lead on a specific project involving the brown land crabs. He studied the population dynamics, including male-to-female ratio and overall size distribution. This study was the first of its kind conducted on the brown land crabs on Curieuse.

“I thought it would be cool since I have a lot of family in the Maryland area and crabs are a big thing down there,” said Kiefer. “It was all hand catching. It was pretty intimidating at first, but once you got used to it, it was pretty fun.”

Kiefer discovered nearly two-thirds of the crab population was male and generally the crabs caught were older, mature adults. His study will lead to future research to better understand the population of the crustaceans, who play an integral role in the balance of the island’s ecosystem.

“This was the part of it that made me feel like I was getting experience I could use in the future,” said Kiefer. “The volunteer stuff was awesome and gave me experience, but this was really my own project and I was able to take the lead on it.” 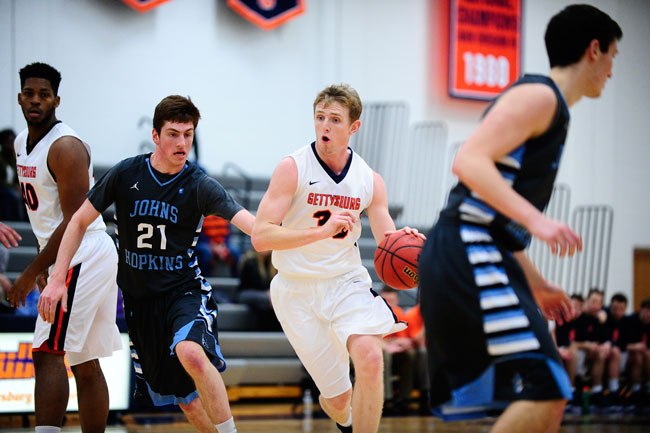 Kiefer recently wrapped up his fourth year as a starting forward on the basketball team at Gettysburg, but he didn’t touch a ball during his internship. He looked into getting his hands on a basketball when he first arrived, but the only ball he found was located on the main island of Mahé, several boat rides and a few hundred dollars of travel away.

The lack of basketball didn’t hurt him. He was more than active on the island, hiking up and down the beaches and rocky hillocks each and every day. If anything, the time away from the hardwood reinvigorated the three-time all-conference player. The senior averaged 13.2 points and 7.6 rebounds per game on the way to being named All-Centennial Conference First Team this past season. He capped his career in epic fashion, electrifying the hometown crowd with 31 points in a victory over Ursinus College and becoming the 25th member of the 1,000-point club at Gettysburg.

“I did miss playing a lot,” he said. “It took a little while to shake the rust off, but it was nice to have that spark of interest again after spending so much time away.”

While Kiefer’s focus in environmental studies has been geographic information systems (GIS), his recent island adventure has opened his eyes to the world of ecology.

“I think down the road doing an ecology-conservation grad school opportunity would really put me in a position to do something significant in the future. A dream position would be to do field work for a year somewhere and work toward a master’s.”