Students choose to study globally for many reasons—immersion in another culture key among them. A global experience includes an extra bonus when students can connect their career interests on campus to an internship in another country.

Several students had this opportunity when they worked in the heart of Europe’s startup capital in Berlin, Germany. They traveled to Germany this past spring as a CIEE study abroad program. While students saw another part of the world, they also had a chance to intern for entrepreneurs and their startup companies.

“Entrepreneurship is about taking an academic discipline and analytical skills gained over time to solve a real world problem as if you were spending your own money,” said Economics Prof., serial entrepreneur, and the College’s new Entrepreneur-in-Residence Drew Murphy ’84 P’20.

“While the level of professionalism and structure may be higher with established firms, the level of individual attention with a startup internship is greater, and the level of required flexibility can be more valuable.”

Murphy noted that he’s excited to continue Gettysburg’s tradition of entrepreneurship through the newly launched Entrepreneurship and Social Innovation Initiative.

Read more about how Thomas Clark ’18, Steve Pashuck ’17, May Chou ’18, and Noah Pompan ’18 expanded their understanding of entrepreneurship while abroad. 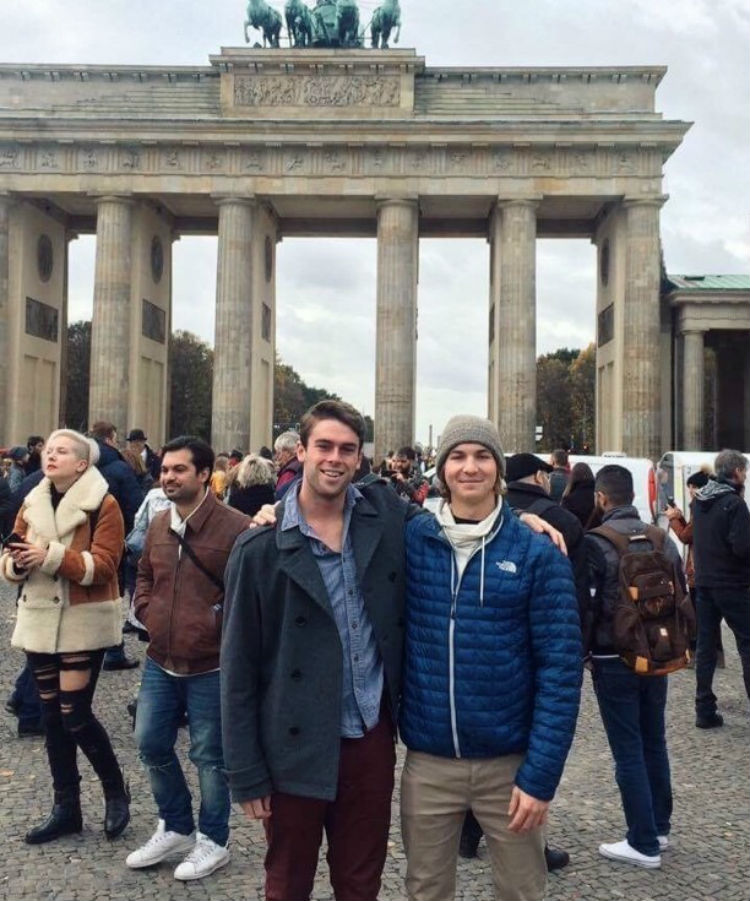 Clark interned for start-up Racemappr, a team of German athletes who developed a platform to help find races, develop an athletic community with similar passions, and improve the overall race experience through organizers. Clark was able to work with young people from the UK, France, Germany, and other places in Europe — learning to work within the nuances of many different cultures.

“The goal for this event was mainly to give entrepreneurs the experience giving pitches to large audiences about their company. After about a 10-minute pitch, the floor was opened for questions and answers,” said Clark. “The questions would generally be about the product or service but often, people gave ideas on how the company could present in a different way that might attract more interest. Beta Breakfast was always very positive and very helpful for all the entrepreneurs in the office and presenting.”

He also valued the importance of communication through specific direction when talking about rules and procedures. It avoids future issues in any start-up.

Pashuck worked for two Americans, who moved from San Francisco to Berlin, during his internship with Silicon Allee. The startup cultivates the tech industry in Berlin while maintaining and leasing out physical spaces for its community to thrive. Like Murphy said, working for a startup requires flexibility as Pashuck learned: he often did maintenance for the buildings, wrote survey reports on the Berlin tech community, did research and many other diverse tasks. 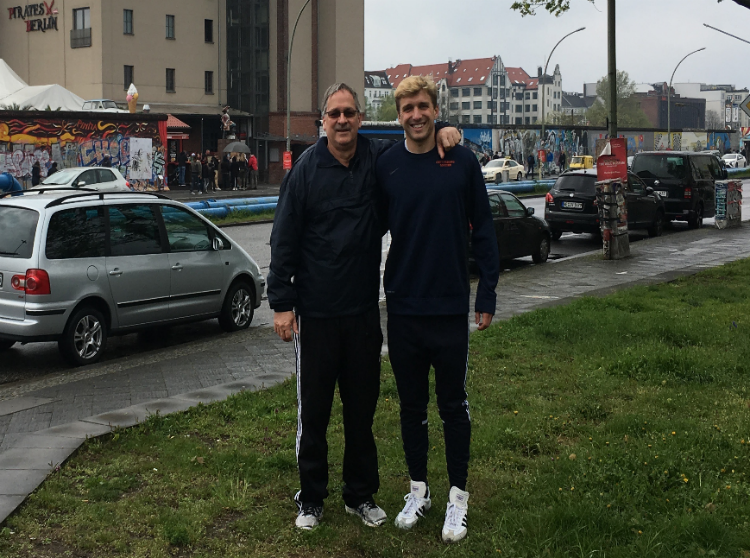 His experience included classes on biotechnology companies in Berlin and a report on the role of venture capitalists in biotech. He visited many of these biotech companies to learn about their research and products, but also learned how they work with venture capitalists to finance their operations and research.

In Berlin, Pashuck said entrepreneurship was about fostering relationships and discussing new ideas. He was helping to promote the Berlin start-up community, and he was able to meet many different people through informal introductions, which allowed him to expand his professional network.

“Berlin is a massive hotspot for entrepreneurs because of cheapness, the massive youth scene, a liberal open mindedness, efficient infrastructure, and the German government helping sponsor resources to the academics,” said Pashuck.

He identified differences between the American and German way of life: Germans work fewer hours, are more efficient, have six weeks paid holiday and clearly separate work from non-work. 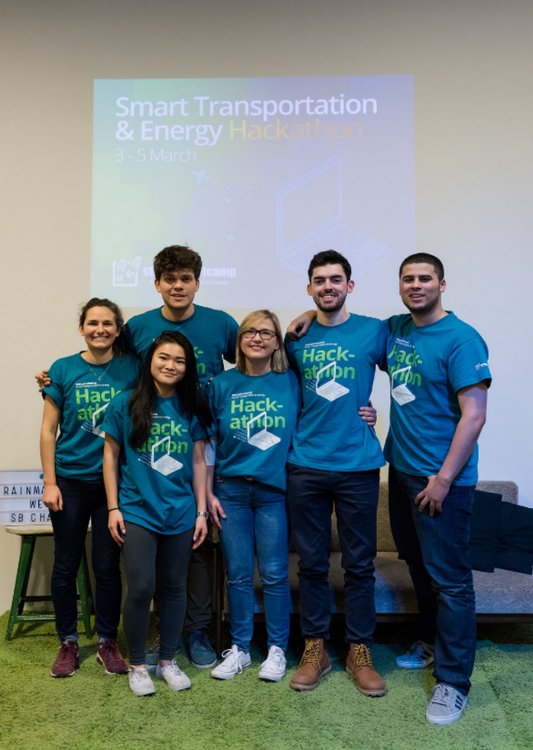 Chou took on a marketing and communications internship for a start-up accelerator called Startupbootcamp Smart Transportation & Energy. She learned how to use Twitter, created newsletters, managed events, and blogged — all from various platforms while becoming well-versed in the mobility sector news and familiar with the everyday jargon.

Chou uncovered a German trend similar to Pashuck — when an employee is at work, you do work. When the Germans go home, they typically leave their work on their desk for the next day. The separation between work and life is clear.

Chou also learned a key lesson about entrepreneurship: it requires the courage to share and embrace ideas. She participated in our Hackathon and interacted with many other start-up teams.

“Berlin is such a young city; it has allowed co-working to be popularized and this keeps the community very competitive and innovative,” said Chou. “It gives them an edge to venture out and start new businesses, so it gave me an appreciation for entrepreneurship.” 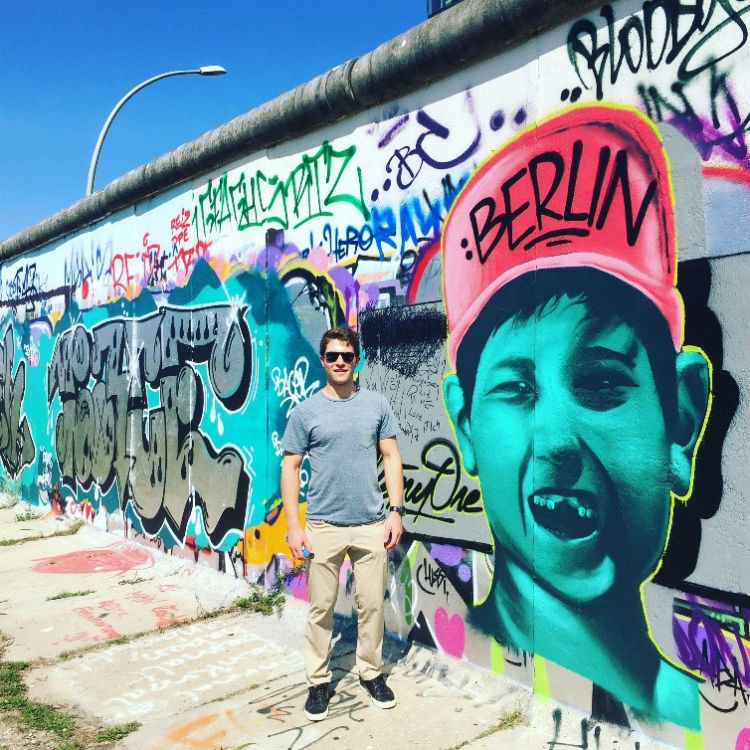 The booming startup ecosystem reeled Pompan into interning at the corporate startup accelerator, Hardware.co, which provides a two-week mentorship program to early stage hardware startups. His role included scouting hardware startups and running the day-to-day operations of the accelerator, requiring him to find common ground with people of different backgrounds, and quickly learn the various processes and methodologies for scaling a tech start-up.

Pompan worked alongside big German corporations like Volkswagen, Audi, Bosch, and the Deutsche Bahn, which was a new concept to him: start-ups and large corporations were seen as compliments to one another in Germany.

Pompan found it interesting how large German corporations worked to sponsor and maintain the accelerator.

“I was in the flow of the accelerator, and I felt like my work actually was contributing to moving the organization forward versus working in a big corporation where you work in a very regimented program with less flexibility and less hands-on work,” said the 2016 Entrepreneurial Fellow.

The experience provided the opportunity to learn more about start-up management and venture capital fundraising.