VIDEO: On Bitcoin, first days at work, and studying in China

“Everything was alive–workers were zipping in and out of rooms, shouting at each other in Chinese, all possessing a similar panicked look in their eyes,” Tyler Mann ’20 recalled of his first day at a new internship.

A Mathematical Economics major, Mann was studying in Shanghai through Gettysburg’s partnership with CET Shanghai. In addition to their academic coursework, students complete an internship as part of the program. Mann was placed at ViewFin, a financial technologies company located in the Pudong District.

On this day, the office was buzzing amidst discussion of the Chinese government banning initial coin offerings (ICOs), or cryptocurrency offered in exchange against cryptocurrencies such as Bitcoin. This policy change would drastically alter ViewFin’s business plans. Many feared China was going to lose its competitive advantage in blockchain technology development.

Instead of being scared away by a hectic first day on the job, Mann embraced the prospect of a challenge and instead dedicated himself to learning everything he could about blockchain technology. 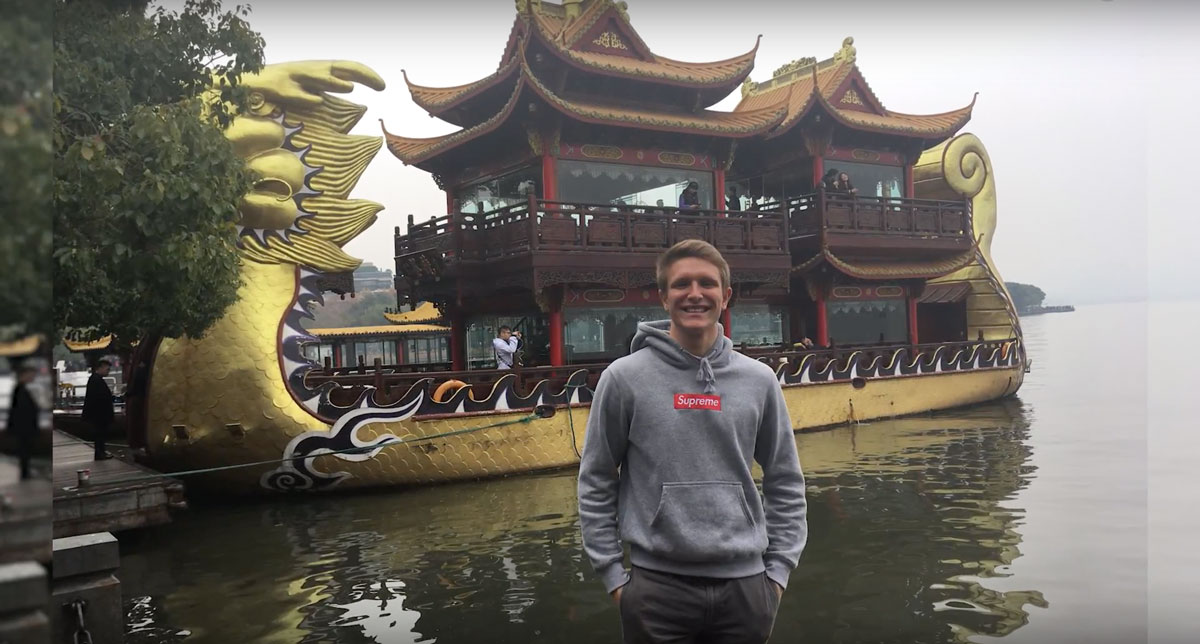 “[Working at ViewFin] was an ideal opportunity to actually gain exposure and experience in a potential future industry of interest,” said Mann.

This summer, Mann was awarded a Kolbe Summer Research Fellowship and will build upon that initial exposure to cryptocurrency. He will be conducting fieldwork and examining the impacts of Chinese legislation on blockchain technology with his mentor, Economics Prof. Rimvydas Baltaduonis, in Beijing, China.

“Had I not gone to Shanghai in the fall and fallen in love with the culture and industry that I interned for, none of this would have happened,” he said.

Mann hopes to study globally again during his senior year.

“Change in environment is essential for change in oneself,” he said.

Learn more about studying globally at Gettysburg through the Center for Global Education.