To continue shifting conversations from a divisive mentality to a more productive form of discourse, the Eisenhower Institute at Gettysburg College has launched a Civil Discourse Series, which is open to the public. Through guest-led discussions, this series will promote deeper insights into dealing with disagreement. Featured topics include the polarization in contemporary American politics and the domestic terrorism threat from radicalized individuals and hate groups.

“The Eisenhower Institute is uniquely situated to introduce us to these topics, not only because it sits both in Washington, D.C., and in Gettysburg, but even more so because of the values that really go back to the person for whom the Institute is named—Dwight Eisenhower,” Gettysburg College President Bob Iuliano said. “People say he was the least partisan president that we've had in modern times. He believed in looking at issues rigorously, and he believed in nonpartisan discourse.” 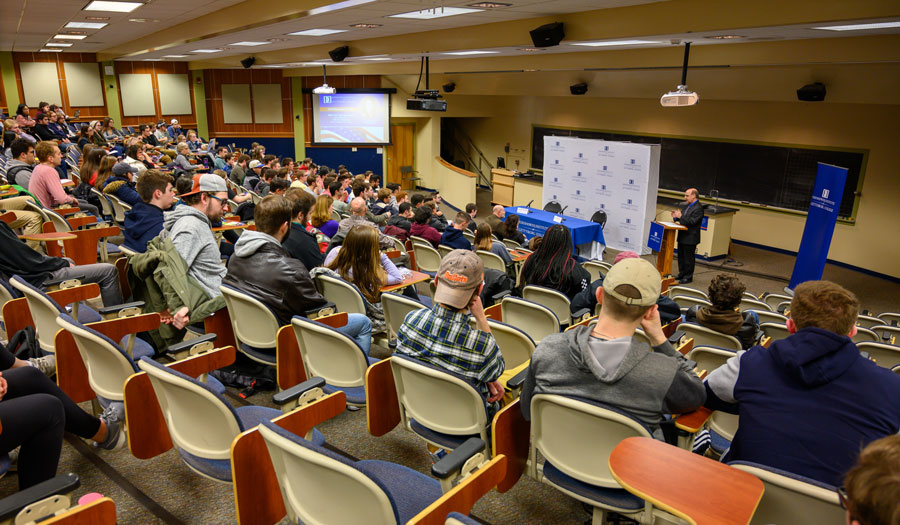 In November, the Eisenhower Institute hosted representatives from the Better Angels on campus. A national citizens’ movement that reduces polarization in the United States by bringing liberals and conservatives together, Better Angels set the scene for the series with discussions about civil discourse and group exercises that put civil discourse into practice. This theme was further explored by Lara Schwartz, the first guest speaker of the series, on Jan. 29.

Schwartz is a professorial lecturer at the American University School of Public Affairs and Director of the School’s Project on Civil Discourse. Through prior stints as a legislative lawyer, a lobbyist, and a communications strategist in leading civil rights organizations, her varied path has allowed her to view conflict from an advocate’s eye.

At the core of her Civil Discourse Series lecture, Schwartz challenged the freedom-inclusion dichotomy, delved into limitations on expression and inquiry on college campuses, and reframed productive discourse as a skill worth mastering, not a limitation on freedom. She also emphasized that searching for common ground is not always the best pathway to productive discourse. Rather, Schwartz suggested that a more practical approach is determining on your own how you can best contribute to a learning environment, deciphering what is true to you, and becoming an architect of your own voice.

By exploring academic disciplines beyond their field of focus, Schwartz said college students can become better communicators across differences. But professors need to be equally invested in this pursuit in order for effective and productive discourse to improve on campuses.

“I think professors really need to work hard to develop learning communities that are places where students can trust one another and can trust that being wrong is okay,” Schwartz said. “A lot of professors, academics, and media talking heads get really frustrated with college students for either not being good at free speech or not appreciating it, but I think that is profoundly unfair because U.S. schools, K to 12, are highly segregated and speech limited spaces. We have to do a better job facilitating that transition in free speech for college students, but also shaking things up for younger students, saying, ‘This is not good preparation for citizenship.’”

In addition to her lecture, Schwartz visited Philosophy Prof. Lisa Portmess’s Philosophical Perspectives on Justice class, where she facilitated further discussion about justice, punishment, and structures of authority in secondary education. Specifically, the class focused its attention on suspension as a form of punishment and what assumptions lie beneath the practice. 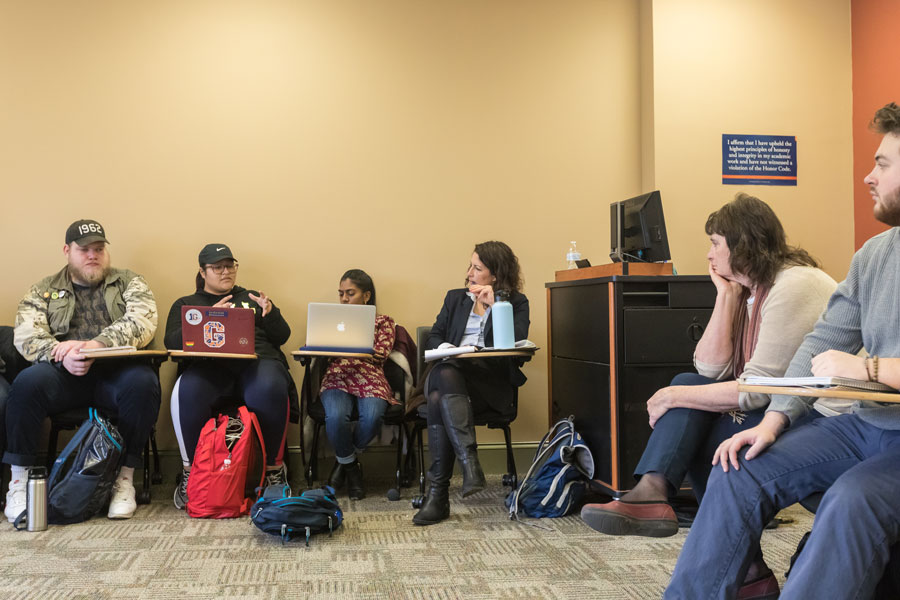 The Civil Discourse Series will continue on Feb. 13 from 6–7:30 p.m. in Mara Auditorium (Masters Hall 110) with University of Maryland Government and Politics Prof. Lilliana Mason. Her book, Uncivil Agreement: How Politics Became Our Identity, which unites theories from political science and social psychology, will be central to her discussion.

Learn more about the Eisenhower Institute’s ongoing Civil Discourse Series, and RSVP to its upcoming events.