Gettysburg philosophy students are encouraged to study abroad. Our majors and minors study at campuses spanning the globe, bringing back with them broader perspectives that deepen classroom discussion and their own thoughts.

In the Spring of 2015, I had the opportunity to study in Copenhagen, Denmark through the Danish Institute for Study Abroad (DIS). During my time there, I attended four classes--A Sense of Place in European Literature, Ancient Art and Archaeology, Kierkegaard's Authorship, and Religion in Crisis. Two of these directly related to my major and were taken through the University of Copenhagen and taught by faculty from there. Not only did I study in Copenhagen, one of my classes, A Sense of Place, went to St. Petersburg for a week where I experienced the great state of Mother Russia. I also had the chance to live with a host family, who were amazing and loving beyond belief, a true joy to be around. Studying abroad is a unique experience and will be different for everyone, and there will always be more to say about it. But if you are considering it, go and experience something new. 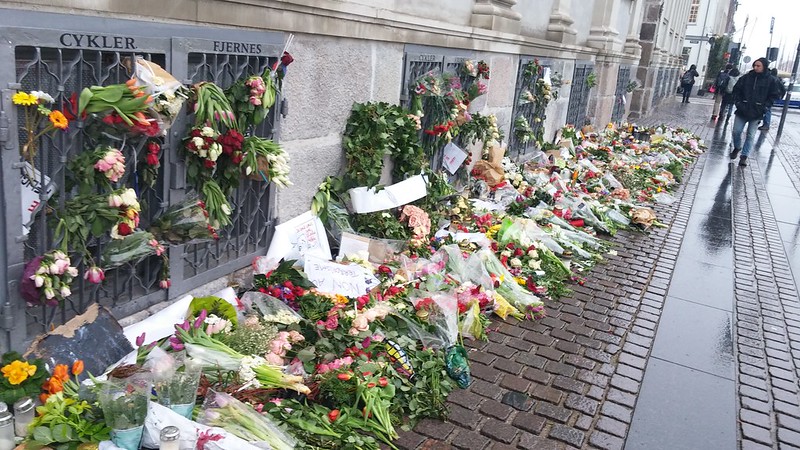 While in Denmark, I had the pleasure of studying Kierkegaard and European art. While in Denmark I made it a mission to engage with art and food as much as I could while in the continent. This culminated in a trip to Prague, which lead me to grapple with a post-Soviet world. 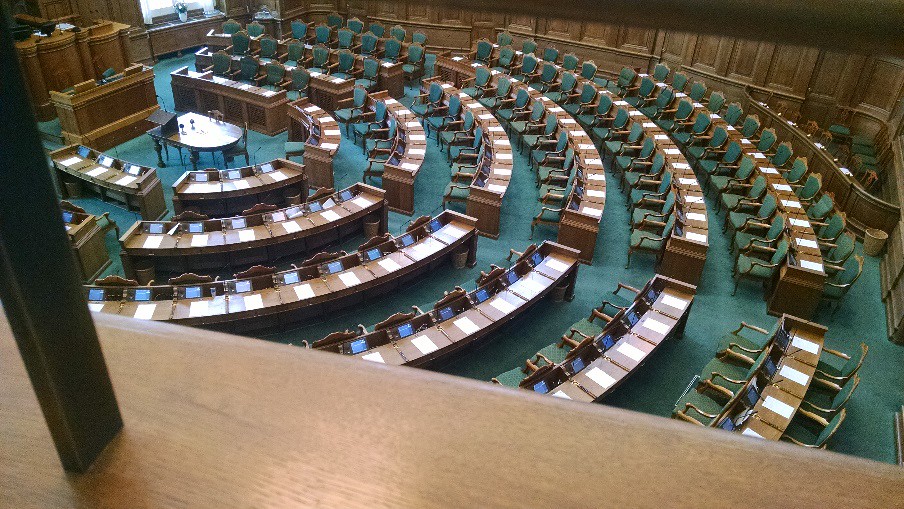 By studying abroad in Copenhagen, Denmark during the spring semester of 2015, I not only gained a new perspective on the world, but a sense of independence, as well as a few friends from our own department! The Danish Institute for Study Abroad (DIS) not only offered opportunities to travel around and learn about Denmark through our classes, but also to travel to other countries as well. I had the privilege of traveling to Germany and Greece with my core course, Religious Mythos to Philosophical Logos. In addition to the scheduled class trips, DIS offered a number of cultural experience trips outside of Denmark. The trip I chose, a culinary exploration of Southern France, enabled me to learn more about vinification, fermenting cheese, and cultivating olives to make olive oil. I am so grateful to have had the freedom to shape my knowledge of the world through experiential learning with the DIS program. Tusind tak! 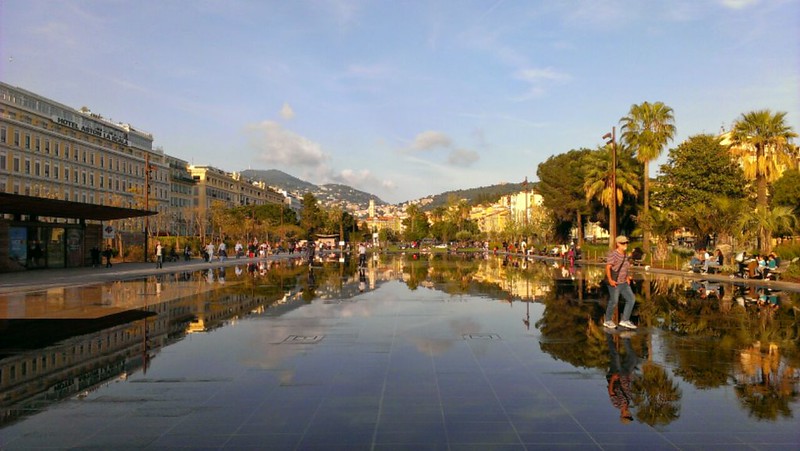 Although difficult to leave friends and country behind, studying abroad was one of the most memorable experiences of my life. During my time there, I visited 10 different countries, and was able to host my parents for a week-long tour around the European countryside. The coursework was more experiential in nature than that to which I was accustomed, with numerous field studies to various locations - both within the city, and outside the country - taking the place of traditional brick-and-mortar schooling. The entire adventure lent perspective to the work we do at Gettysburg, and gave a sense of connectedness to the friends I made halfway across the globe who aren't really that different from people here. 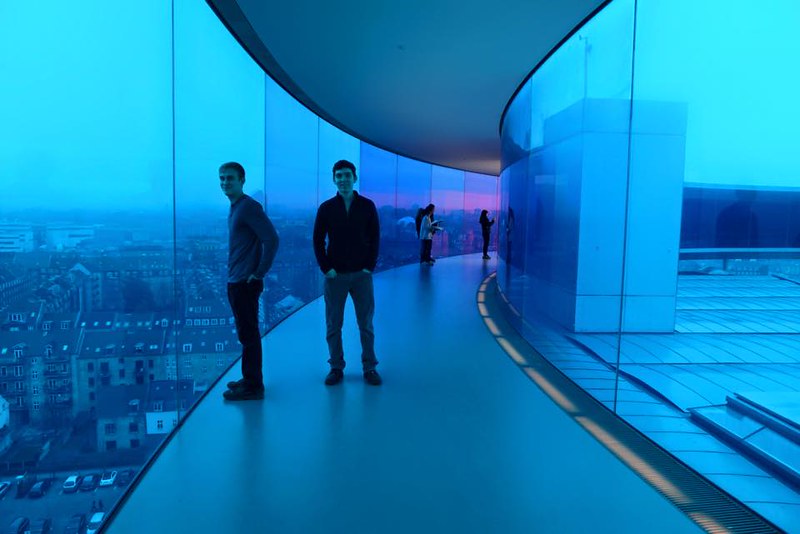 I studied abroad in Ferrara, Italy, a small city in Emilia-Romagna. I studied Italian (not knowing any before I arrived), Italy and the EU, the history of architecture, and modern Italian history. I lived with an Italian family, my host mother, besides being an amazing cook, was a tour guide and taught me so much about Ferrara and its surrounding cities. She also shared her philosophy of life, stating “every moment is a moment of learning.” My program truly was a cultural experience. We traveled around Italy, learning how Parmesan cheese was made, tasting 25-year-old balsamic vinegar, attending pasta making classes, wine tasting classes, and even gelato tasting classes! Ferrara is a special city - there are few tourists and it is very rare to hear English spoken. I also had the opportunity to explore other European cities - London, Paris, Barcelona, and Amsterdam. I would highly recommend studying abroad to any philosophy major - besides gaining a “global perspective,” you get to absorb and live a totally different culture! 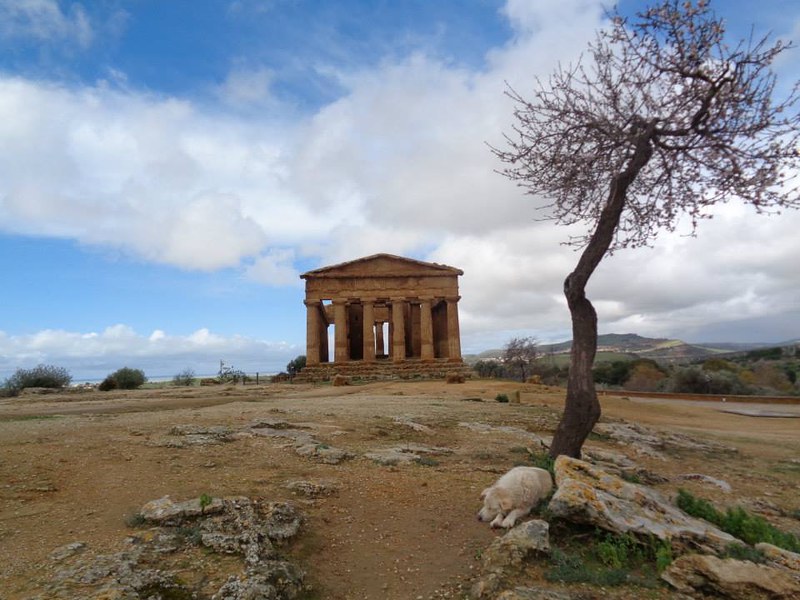 I spent last spring in Copenhagen, Denmark, studying Cultural Diversity and Social Capital. With my class, I traveled to Malmö and Gothenburg, Sweden, and Istanbul, Turkey to compare the relationship between social trust and diversity in each country. But what I enjoyed most about the course was how it elucidated the Danish worldview; my main goal in studying abroad was to push myself to think and interpret the world in different ways, and my time in Denmark definitely allowed me to do this. 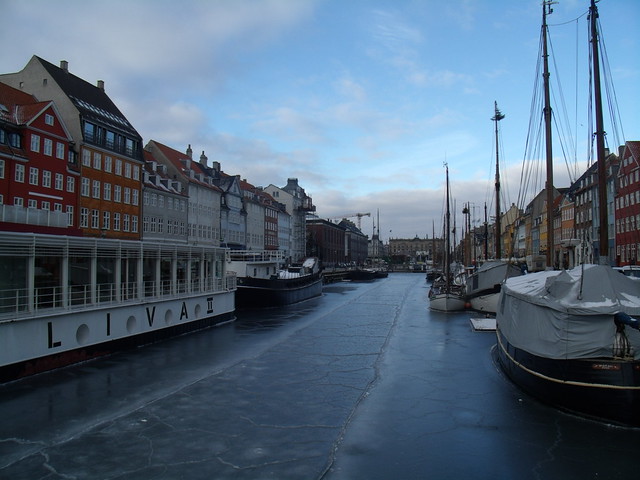 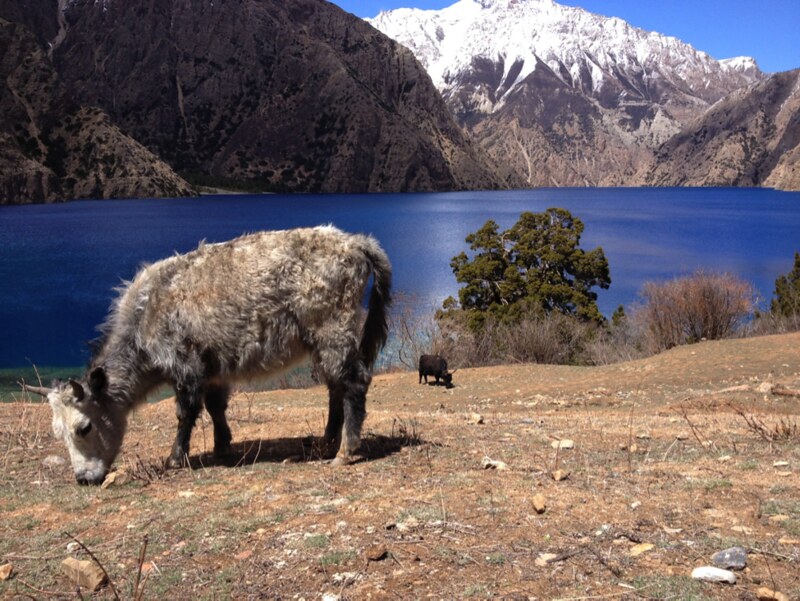 During the spring semester of my junior year, I studied abroad at Temple University in Tokyo, Japan and consider my abroad experience the most rewarding and happiest time of my college career. For example, studying in Japan gave me the opportunity to immerse myself in Japanese culture. My immersion included loving Japanese baseball, enjoying miso soup every morning, buying all things “kawaii”, and learning to make small talk on crowded Japanese trains. Moreover, immersion constantly challenged my American worldview and stereotypes of Japanese culture and people. I am incredibly grateful for this because with every challenge, I adjusted my worldview and learned how to better appreciate Japan. Overall, my time in Japan was the most rewarding experience of my college career and I am very happy I that was privileged to study there. 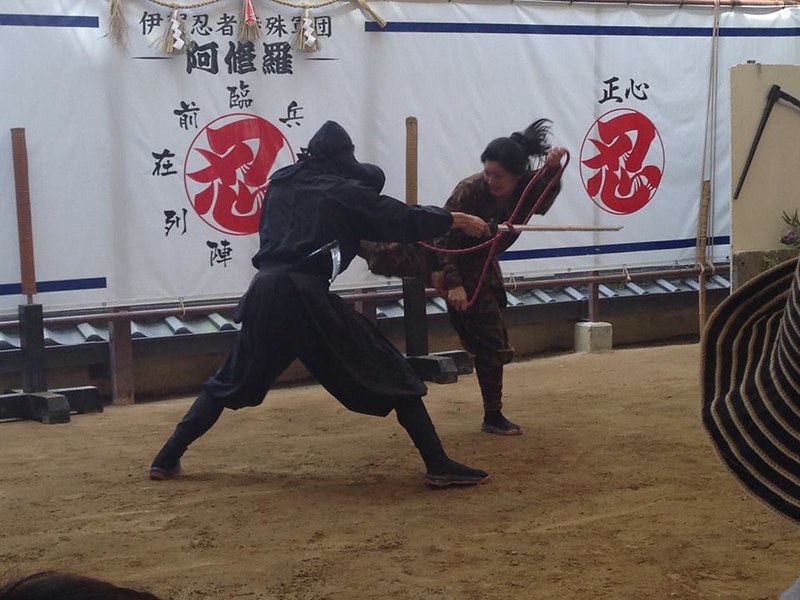 I spent the semester at The University of Queensland in Brisbane, Queensland, Australia. Initially, I was apprehensive about going as it was the first time I left North America and the first time I had travelled alone. Looking back, it was the most valuable semester of my academic career. I learned how to cook, how to use public transportation, and how to survive on my own. I snorkeled in the Great Barrier Reef, petted a kangaroo, held a koala bear, fed an elephant, jumped out of an airplane, and saw some of the most beautiful natural wonders of the world. Additionally, I was able to take classes for both of my majors in a new environment which was incredibly rewarding and enriching. I took an Aboriginal studies class and mentored local Aboriginal children and I gained valuable experience working for a local legal organization. Living on the other side of the world opened my eyes to new perspectives and ways of thinking, and my abroad experience has irrevocably changed my life for the better. 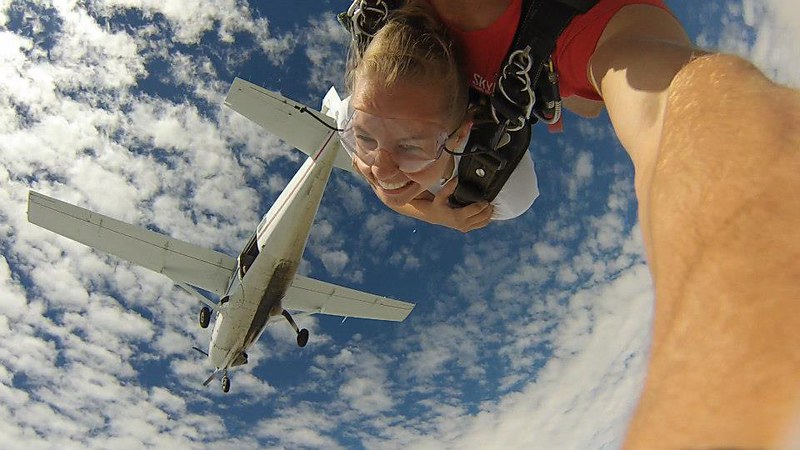 I lived in Dublin, Ireland for about eight months. I studied at University College of Dublin (UCD) in the spring taking mostly Philosophy classes and one math class. I lived on campus with 5 Irish roommates. I played for UCD’s club Ultimate Frisbee team and was a member of the Philosophy club. At semester's end, I moved into the center of Dublin where I lived for the remainder of my stay in Ireland. I worked at IBM over the summer and played for a club Ultimate Frisbee team. With the team I travelled to England multiple times and once to Amsterdam for tournaments. After spending so much time in such an amazing country it is difficult to snip a few highlights out because the whole experience was simply amazing! 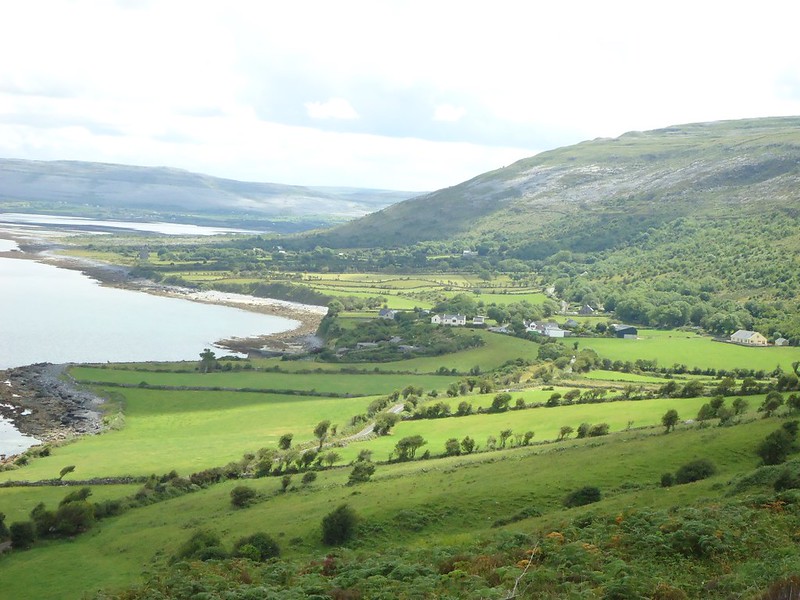 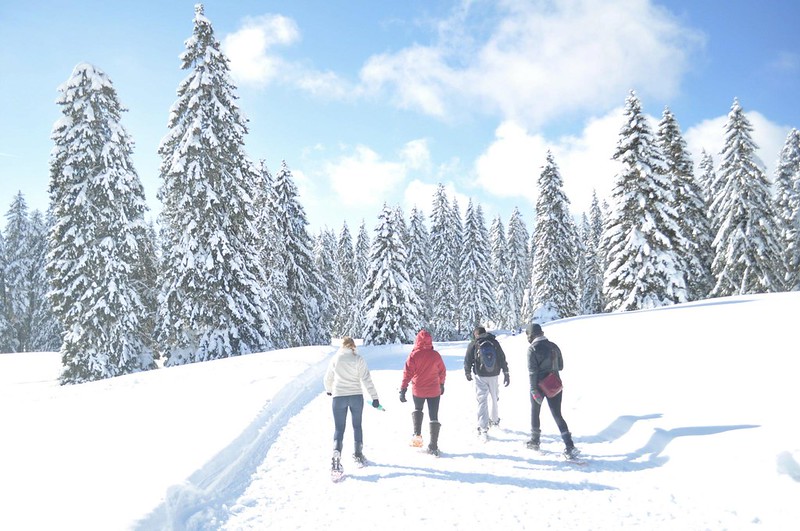 My time abroad in Japan was a wonderful experience. The most striking thing I noticed about Japan was the way that the old and the new exist in very close proximity without imposing on each other. In some places, temples, shrines and historical gardens are intermixed with high-rises and shopping districts. I found the islands of history and nature in the midst of Japanese development and modernity to be fascinating and beautiful. Walking through the dense woods at Meiji Shrine, it’s possible to lose track of the fact that you’re still in urban Tokyo. The unique sense of time and place that you can find in Japan is one of the things that I think makes Japan amazing. 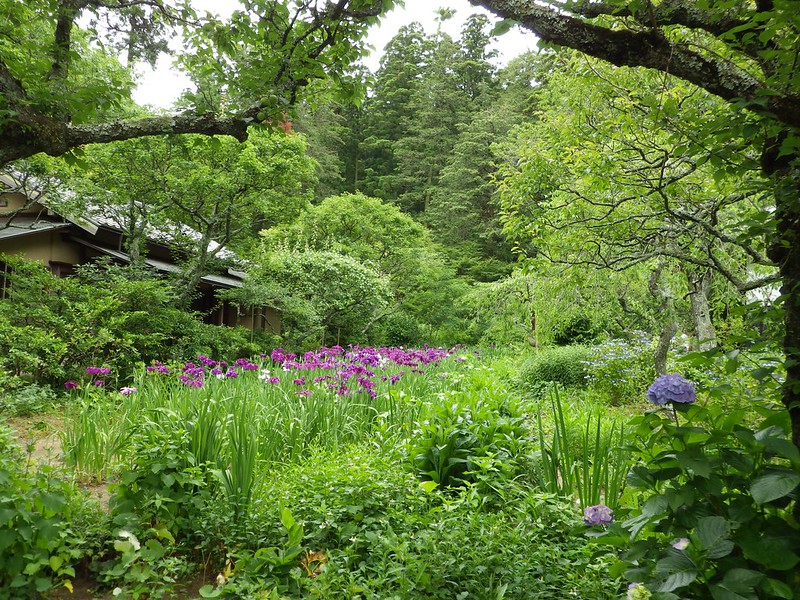