First-Year Walk through the eyes of Thia Anyaoku ’23

Highlights from the 2019 First-Year Walk 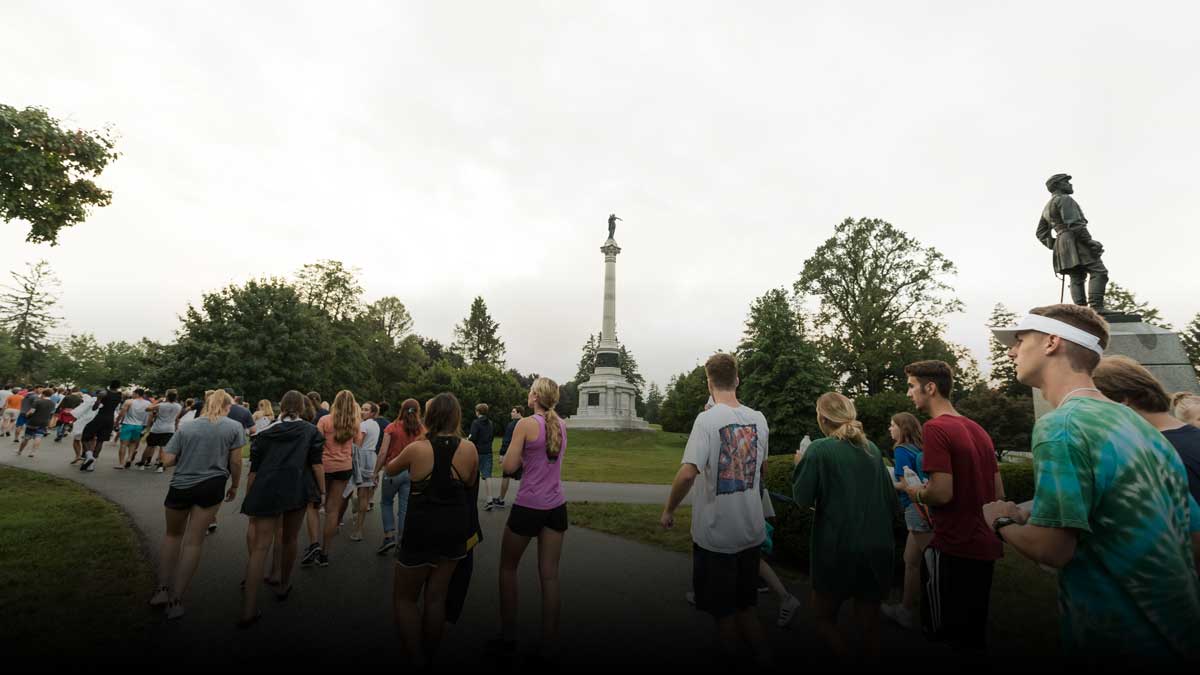 As Gettysburg College President Bob Iuliano instructed the Class of 2023 to reflect on the First-Year Walk—a tradition inviting “both celebration and reflection”—a rainbow arched over Christ Chapel. A harrowing thunderstorm that passed through town gave way to a sunset painted with orange and blue.

“The First-Year Walk is…distinctive to this town and this campus,” Iuliano explained. “It is rooted in a defining moment of American history…one that offers lessons that continue to teach us today.”

Iuliano shared the significance of the Battle of Gettysburg during the Civil War and shed light on the number of wounded soldiers who were brought to Penn Hall, which then served as a hospital.

“That’s roughly the same number of people in your class,” he said. “Seven hundred.”

As Thia Anyaoku ’23 collected her thoughts on what she just heard, she stood up and left her pew to join her classmates outside. She stepped into the crowd on North Washington Street, proceeding to the Gettysburg National Cemetery with newfound energy.

A United Kingdom resident originally from Nigeria, she was enthusiastic to experience the College community she envisioned since her early—and firm—decision to become a Gettysburgian.

“I wanted a change from the busy town of London,” she said. “I wanted somewhere that had so much importance in history so I could learn while enjoying the community as well.” 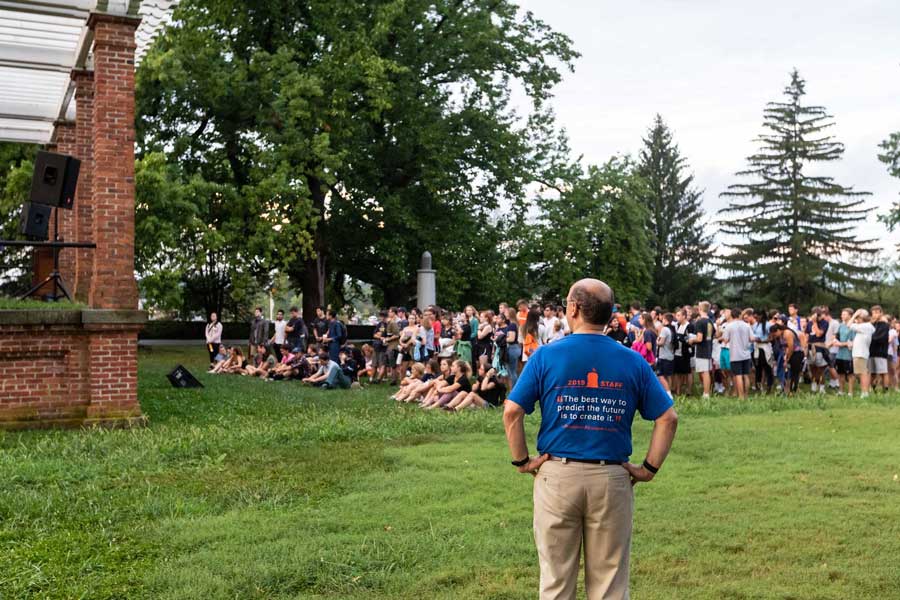 As she passed through generations of Gettysburgians welcoming new students from both sides of the street, she began to reflect on the quotation by President Abraham Lincoln that Iuliano selected to be printed on the back of the Orientation T-shirts—“The best way to predict the future is to create it.”

Anyaoku also chose to attend Gettysburg because she wanted to explore a variety of interests, including law, neuroscience, and theater.

“It’s my future. It’s what I want to do,” she said. “It was a serious conversation that I had with my parents that I’m not going to be a doctor. They accepted it because it’s my life and my future.” 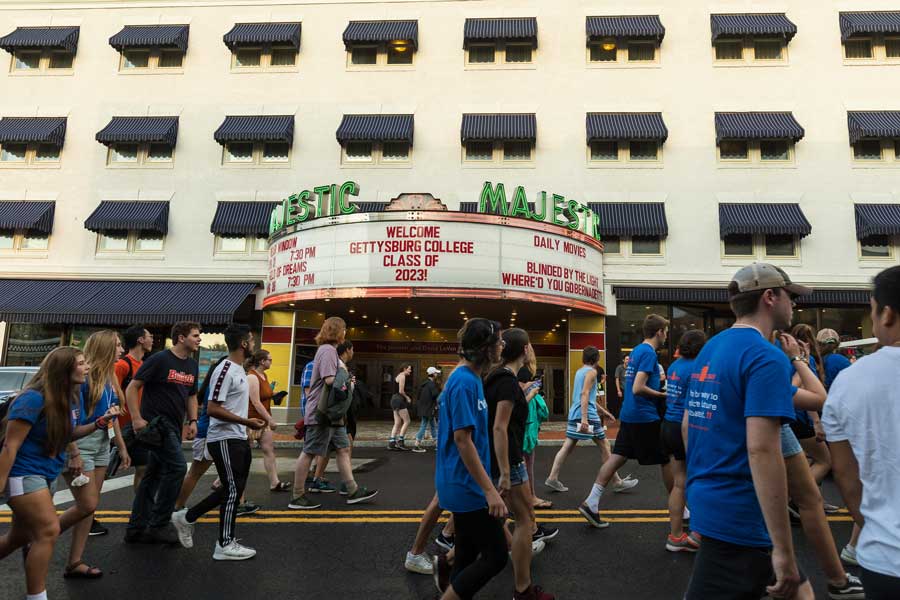 With each step she took, rounding the corner from Lincoln Diner past the Majestic Theater, around Lincoln Square and onward to Mr. G’s Ice Cream, she began to feel fully embraced by everyone around her.

“It’s such a big tradition that you’re already a family, even if you haven’t met everyone in the family yet,” she said. “You know when there’s just so much energy you can’t contain the energy? If there were walls—metaphorical walls—everyone was bouncing off the walls.”

Anyaoku received an invite to a local church, a T-shirt from Town & Campus Hair Care, and two bags of popcorn from townspeople.

“Everyone’s hyping you up [and saying,] ‘Welcome!’” she recalled. "The community is so great because it’s so inclusive.” 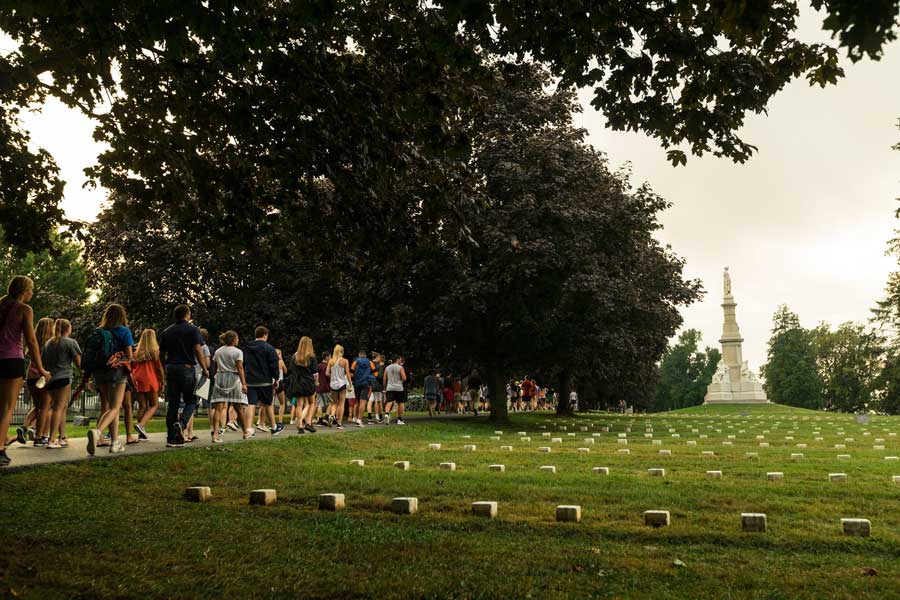 As she and her classmates neared the entrance to the cemetery, flanked by American eagle statues, silence quickly spread.

“There was a sudden drop in volume,” Anyaoku said. “It was more somber, really reflecting on what happened and the people who risked their lives so we can get to the place we are now. … I don’t think the soldiers then would’ve realized how much of an impact they had.”

Upon hearing the National Anthem and Lincoln’s Gettysburg Address, both for the first time, she latched onto nine words from the latter for its inclusivity—“of the people, by the people, for the people.”

“You can’t help but feel like you’re part of something big,” she said. “It helped me be a lot more selfless and think about how my actions will affect future generations. … That’s really how I’ve taken it—how my impact will help future generations have a better place to live in.” 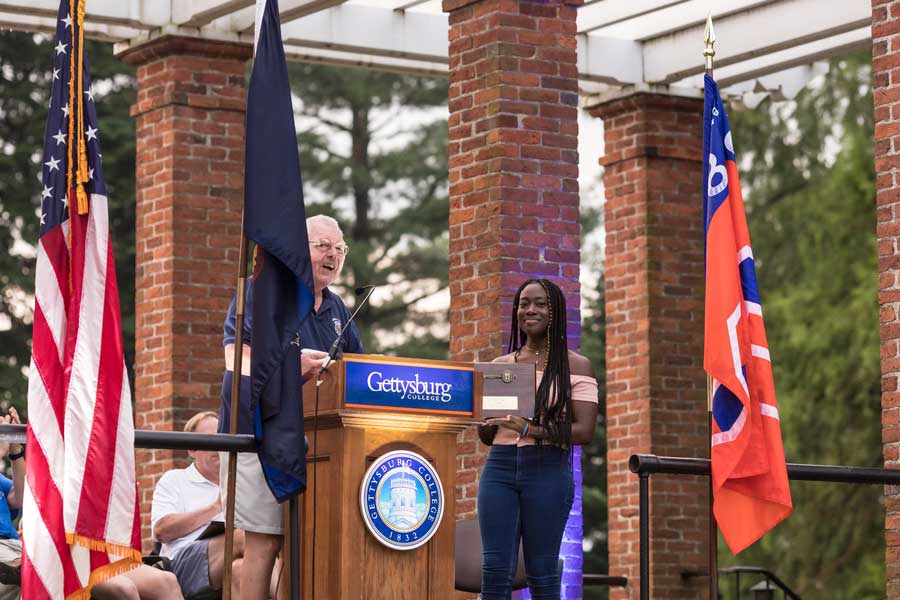 In receiving the key to the city from Mayor Theodore Streeter on behalf of the Class of 2023, Anyaoku felt appreciation. While she’s unsure of her major, she felt compelled to make an impact in her every endeavor and truly live Lincoln’s words to be “dedicated here to the unfinished work.” 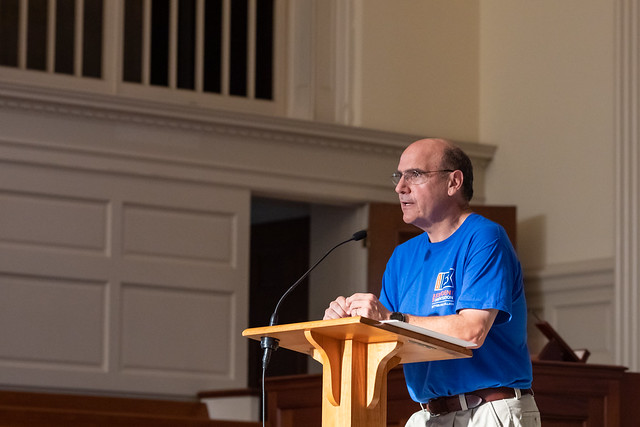 View more photos of the First-Year Walk on Flickr. 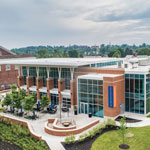 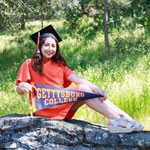 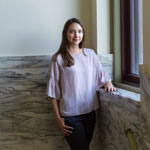