On Saturday, November 14, the College Union Building ballroom was bright with lights, Bollywood music, and decorations as students across campus came together to celebrate Diwali, the Hindu Festival of Light. This celebration was organized by a group of South Asian international students from Nepal and India. It was also co-sponsored by the Office of International Student Services (ISS), the Office of Student Activities & Greek Life (OSAGL), and the Center for Religious & Spiritual Life (RSL).

Diwali is an annual Hindu tradition that is celebrated on the night of the new moon, preceding the Hindu month of Kartika. It is celebrated by millions of people around the world and is one the largest celebrations in Hindu culture. It is a joyous festival, celebrated over the course of five days. Diwali falls on the third day, the day of Lakshmi Pooja, which holds special significance for Hindus. During this weeklong celebration, people light fireworks, attend worship services in temples and distribute traditional sweets among their families and friends. Light is a central theme of Diwali as it spreads the message of hope and love. Rooftops are lit with traditional clay lamps called diyas to symbolize the message of hope.

Diwali celebrations have become a tradition on Gettysburg College’s campus over the past years.

“It felt nice to see so many people take part in something that wasn’t their culture,” said Sangya Lohani ’23, an international student from Nepal. “Even if they did not understand the meaning behind the Diwali activities, students were open to trying everything.”

Lohani has been involved in helping with Diwali event planning since her first year at Gettysburg. As one of the few South Asian students on campus, she takes pride in being able to share her culture with other students.

Diwali was one of the most highly attended events this semester. Many first-year students came out to take part in the festivities in the ballroom. “I heard about Diwali through the Office of Residential & First-Year Programs (RFYP) and I had an amazing time learning about my friend's cultures and getting a henna,” said Autumn Chassie ’22. “My favorite part was trying the food and listening to Bollywood music.”

The event lasted three hours and ended with spontaneous dancing to Bollywood music. The Diwali celebration was a paragon example of breaking down cultural barriers and celebrating the diverse global traditions of international students at Gettysburg College.

Learn more about International Student Services and the Center for Religious & Spiritual Life at Gettysburg College. 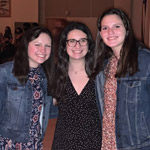 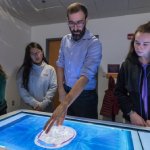