The Gettysburg College Board of Trustees recently named Jim Apple ’58 the 2020 recipient of the Lavern H. Brenneman ’36 Award for Exemplary Volunteer Service to Gettysburg College. This award, which is usually presented at Commencement though this past year was delayed due to the COVID-19 pandemic, recognizes those who go above and beyond in support of the College.

“We all know it certainly can be really satisfying to reach a personal or professional goal, but maybe the greatest joy comes from the recognition when you least expect it,” Apple said. “This is one of those occasions for me. To be singled out by my alma mater, I’m humbled, and all I can really say is, ‘Thank you.’”

Apple studied history at Gettysburg College, and immediately upon graduation, he served as an officer in the United States Army. In 1959, he began full-time duties at Butter Krust Baking Company, which was founded by his grandfather in 1920, and in 1983, Apple succeeded his father as president of the company. This was followed by a long and successful career in the baking industry—later named to the Baking Hall of Fame by the American Society of Baking in 2011.

Throughout the entirety of his career, Apple also dedicated himself in service to his alma mater. He was a member of the Board of Trustees (1978–1990) under the tenure of four College presidents, carrying on a tradition of service begun by his father John A. Apple, a 1919 graduate of Gettysburg College. He served on Gettysburg’s Leadership Committee, National Major Gifts Committee for the Campaign for Gettysburg (1988–1994), the Center for Athletics and Recreation Committee (2002–2010), the Orange & Blue Advisory Council, the Task Force on Enhancing Residential Life (1996–1998), and his 40th, 45th, and 50th Reunion Committees.

Apple also has created an endowed scholarship in honor of his mother, Ruth, in 1987, that supports students, especially those with skills and aspirations in the performing arts. The longtime champion of expanding programming for student-athletes is evident in his major sponsorship of the annual Gettysburg College Orange & Blue Golf Classic for 29 years.

In 1997, he was recognized for his volunteer leadership with Trustee Emeritus status, awarded the Alumni Meritorious Service Award in 2004, and honored as a Visionary Gettysburgian in 2013.

“My student experiences here at Gettysburg College contributed so much in the shaping of my life and career. The connection has always remained strong, and it’s ongoing,” Apple said. “I believe firmly in helping others out. Frankly, it’s an honor to be invited to give back to this institution, which continues to be so instrumental in shaping the lives of future leaders over many generations.”

Learn more about the Brenneman Award and its past recipients. 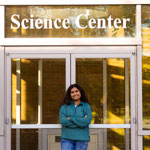 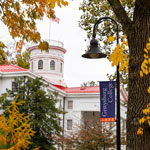 Servo Thanksgiving: A tradition that endures 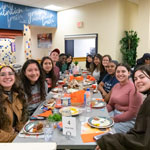 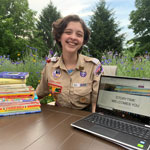