As a first step in the College’s plan to raise significant financial aid resources, the Board of Trustees has launched a challenge to raise $5 million in endowed financial aid. Commitments of at least $50,000 and up to $500,000 toward new or existing endowed scholarships will be matched one-to-one (up to $2.5 million) by a pool of funds provided by Daria Lo Presti Wallach ’76, Geoff ’91 and Gretchen Jackson, Jeff ’81 and Kathy Siegfried, and the estate of J. William Warehime ’50.

“Endowment gifts for financial aid have an infinite impact,” said Vice President for College Advancement Tres Mullis P’23. “By creating a permanent source of funding for scholarships, these gifts set the course for deserving students to lead lives of consequence. Support for student financial aid is a critical priority, and raising funds to meet this need will be a central part of a future comprehensive campaign.”

To learn more about this challenge and the impact of endowed scholarships, we invite you to visit www.gettysburg.edu/scholarshipchallenge, or contact Tres Mullis P’23 at 717-337-6498 / tmullis@gettysburg.edu.

New York-based educator Ja’Nai Harris ’16, a current Alumni Board member, wrote an ABC-themed children’s book that serves as a love letter to her second grade students and “a celebration of Black and Brown excellence.” The book, “ABCs That Look Like You & Me,” features prominent figures, including artists; activists; politicians; musicians such as record producer, artist, and songwriter Quincy Jones; and co-founder of the Black Lives Matter movement Ay (formerly Opal) Tometi—all people of color.

“I wanted my students to know that somebody who looks like them cares enough to come into this field and dedicate themselves to them,” said Harris, who majored in English at Gettysburg and now works as an assistant principal in Harlem.

After graduating from Gettysburg, Murphy Bright ’10 joined the Marines and later went on to co-found a private equity consulting firm, A2E Advisors. The firm uses military principles of discipline, planning, strategy, and expertise to inform best practices for businesses and the government. A2E Advisors also consults on project management, cybersecurity, enterprise resource planning, technology, integration, and data analytics, which dovetails with the infrastructure bill passed by the Senate.

Bright majored in international affairs and political science and minored in history at Gettysburg. He earned his MBA from Syracuse University in between years of service in the Marine Corps Reserves.

As of September 2021, the Women’s and LGBTQIA+ Resource Center has been renamed the Gender and Sexuality Resource Center. The name change stemmed from a campus-wide survey and vote that fielded responses from students and faculty on a name that could best represent the resource center and its array of services.

“We support these results and believe our new name reaffirms that every student on the Gettysburg campus is welcome to visit our office in Apple Hall, to attend our programming, and to learn more about gender and sexuality in all of its dimensions,” said Director of Gender Equity and LGBTQIA+ Life Amanda Del Gaudio.

In September, Gettysburg held a Week of Action for It’s On Us, a national movement for sexual assault awareness and prevention on college campuses. The campaign supports a myriad of issues related to sexual assault, including supporting survivors of relationship violence and sexual misconduct, encouraging bystander intervention, and cultivating a safe campus community.

Throughout the week, the Gettysburg College community held various activities including Campus Safety Day; a workshop with Safe Home, a local domestic violence agency; and letter- writing to survivors. More than 1,000 members of the College community also signed the It’s On Us pledge.

“The more each and every one of us commits to stepping up when we hear or see something that could lead to sexual misconduct or relationship violence, the more we are able to change our campus and make it a better community for everyone,” said Title IX Director Amanda Blaugher.

Gettysburg received the $30,000 It’s On Us PA grant to bolster violence prevention programming and education through May 2022.

Dante Fargnoli ’18, former wide receiver for the Bullets football team, now works as an NFL scout for the Atlanta Falcons.
He visits colleges to meet with potential players, watches them play, and selects individuals to build a team with character and talent. Fargnoli said he was inspired by Bullets coaches Barry Streeter, Kevin Burke ’90, and Jeff Wilson, who instilled in him a strong sense of integrity and honesty within the sport.

“Some of the biggest influences in my life were my Gettysburg coaches,” said Fargnoli, who launched his career in sports with an internship with the Kansas City Chiefs in the scouting department before moving up to scouting assistant and area scout. “Integrity was the No. 1 thing they preached and instilled in me. I brought that into the real world and believe I’ve moved up in my career quickly because I’m always upfront and honest, and I hold myself and others to the highest levels of integrity.”

The organization and management studies major hopes to stay with the NFL for the remainder of his career.

Potts aims to enhance the Institute’s visibility, set its strategic direction, and coordinate programs for students that will prepare them for leadership roles. She is well-positioned to provide students with public policy opportunities through a network of experts, internships, programming, nonpartisan discourse, and critical analysis.

“It is my privilege to join The Eisenhower Institute at Gettysburg College,” Potts said. “I look forward to sharing my knowledge, experience, and vision to deepen this work, leveraging the proximity of our nation’s capital to give students a platform to explore their passions and impact our world.”

Susan Sweeney ’91 has been named one of the Fiercest Women in Life Sciences by FiercePharma and one of the Top 25 Women Leaders in Modern Healthcare. She works as the senior vice president of global marketing, access, and capabilities at Amgen, one of the world’s leading biotechnology companies. In this role, she is a member of the leadership team that decides if and how the company will move forward with a medicine. With limited dollars to invest, she makes sure the company chooses the medicines that will have the most positive impact on patients. Sweeney, a mother of six, advocates for diversity, equity, and inclusion in the workplace.

“The Gettysburg liberal arts experience, and my exposure to multiple disciplines, taught me how to bring disparate pieces of information together and undeniably made me a better communicator and more effective at my job,” said Sweeney, who double majored in management and German studies at Gettysburg.

Last fall, Men’s Head Basketball Coach B.J. Dunne spearheaded an anti-racism talk with Kyle Williams P’23. The racial and social justice experience, called “A Long Talk About the Uncomfortable Truth,” drew more than 100 Gettysburg students and faculty, including student-athletes. Dunne also presented to more than 90 coaches from 48 NCAA programs as part of “A Long Talk,” which aims to dismantle systemic oppression and erase racism in America.

Dunne was recently named to the National Association of Basketball Coaches Committee on Racial Reconciliation, a group that addresses racial injustice within the world of intercollegiate athletics and society at large. Alongside Dunne’s efforts, the College is working to establish the country’s first chapter of the American Anti-Racism Alliance, an organization committed to addressing the root causes of racism to form “a more perfect Union.”

Prof. Jim Downs, the Gilder Lehrman NEH Chair of Civil War Era Studies and History, earned a grant from the National Endowment for the Humanities (NEH) to support a two-week institute for higher education faculty to study Reconstruction and Civil War history. The NEH selected Downs’ proposal as one of 239 projects across the nation.

Receiving $163,054 to go toward Downs’ effort, titled “Civil War Archives: A New Social and Cultural History of the Civil War,” he intends to bring in scholars to lecture throughout the program.

“The Institute, which I will be directing, is an effort to rethink the approach to Civil War history by examining the meaning of the archive, which has been of great interest among a range of scholars across the humanities and social sciences,” he said.

Additionally, Senior Associate Director of Athletics Susan Fumagalli Mahoney was inducted into the South Central Chapter of the Pennsylvania Sports Hall of Fame on Nov. 6, 2021. Fumagalli Mahoney has overseen a host of national and conference championships and has helped student-athletes achieve success both on and off the field of play during her 17 years at Gettysburg.

Gettysburg College recognized the recipients of the 2020 and 2021 Young Alumni Achievement Awards during Homecoming Weekend. The 2020 Young Alumni Awards for Service went to Allison Meckley ’05, former Alumni Board of Directors and BOLD Council member, and Justin Kollinger ’10, who co-chaired the DC Alumni Club for several years and also served on BOLD Council. Venture partner at Third Rock health care venture firm Walter Kowtoniuk ’05 and contemporary artist Sneha Shrestha ’10 earned the 2020 Young Alumni Achievement Award for Career Development. The 2021 Young Alumni Achievement Awards for Service were given to Moira Rafferty Sharkey ’07, who has championed Gettysburg in numerous volunteer leadership roles, and Craig Martin ’11, who has served on the Orange & Blue Advisory Council, the BOLD Council, and the Baltimore Alumni Club. Kellen Dwyer ’06, law professor and privacy, cyber, and data strategy lawyer, and Monique Matthews Gore ’06, Gettysburg’s interim executive director of the Office of Multicultural Engagement, were honored with the 2021 Award for Career Development.

The Gettysburg men’s soccer team advanced to the NCAA Division III Tournament for the second consecutive year after earning an at-large bid as the Centennial Conference runner-up. They were one of three fall teams to make playoff appearances, with women’s soccer and volleyball earning bids to the conference playoffs.

In September, Nick Jr. brought back Steve Burns, the original host of “Blue’s Clues,” for an anniversary episode and special message. The children’s television channel posted a video on Twitter of Burns addressing his now grown-up fans and acknowledging his abrupt exit from the show to go to college. The video went viral on social media, prompting a segment on “The Late Show with Stephen Colbert.”

Nick Jr.’s Senior Creative Director Rich Deutsch ’00 worked to bring the campaign to life alongside the brand creative team. As he watched the filming of this video, he knew it would be a powerful moment.

“We knew that, for the people who grew up with Steve and who were obsessed with him, and then had to watch him go off to college, it would be impactful,” he said. “If I never make another viral piece, I’ll be so thrilled that the one that we made had such a positive impact on people.” 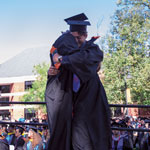 Perspectives: On The Topic Of Growth 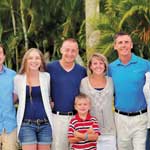 Honoring the Indigenous Past and Present 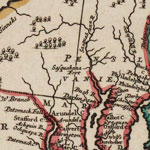 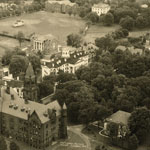