Julianna Pestretto ’21: A passion for learning fostered at Gettysburg College

When Julianna Pestretto ’21, a triple major in political science, globalization studies, and French, stepped foot on the Gettysburg College campus as a first-year student almost four years ago, she knew she wanted to invest her time at Gettysburg into being an active and involved student. She wanted to step out of her comfort zone, explore new perspectives, and discover her passions.

As she now reflects on her college experience just days away from graduation, pursuing extracurriculars across all areas of campus is what made her overall experience at Gettysburg enjoyable and prosperous.

Pestretto started her journey with the Office of Residential & First-Year Programs (RFYP) during pre-Orientation, and during the first week of her first semester, she landed a job as a student assistant. In this role with RFYP, she helped to create a welcoming on-campus experience and environment for her fellow first-year peers.

Having enjoyed this work, during her sophomore year Pestretto became the housing coordinator and later the student Orientation coordinator for the class of 2023. This position has not only allowed her to connect with the first-year class on a deeper level and help them find their footing on campus, but it also has helped her grow personally.

“I really saw my self-confidence grow after being in charge of organizing such a complex and important five-day event,” Pestretto said about Orientation. “It felt so good to sit down at the end of it all, knowing I had accomplished something so significant as an undergraduate student.”

Beyond her involvement with RFYP, Pestretto also worked as a student assistant and later a communications coordinator for the Eisenhower Institute (EI). In addition, she serves as the managing editor of EI’s blog for undergraduate perspectives on public policy and leadership, Ike’s Anvil.

Her involvement with EI supported her academic interests in globalization and political science, but she is also passionate about engaging with other cultures—as evidenced by her third major: French. Pestretto won the Dwight D. Eisenhower/Conrad N. Hilton Scholarship from EI, and she spent the spring 2020 semester in Tunisia studying the 2010 Tunisian revolution and the development of its democracy since.

“My time in Tunisia really solidified my interest in studying democracy,” Pestretto said. “I stayed in a French-speaking homestay, which really immersed me in the language.”

Inspired by the strong academic community on campus and the many cocurricular and extracurricular experiences that bolster it, Pestretto is driven to explore, share knowledge, and ultimately challenge herself intellectually. Furthermore, the positive energy of her Gettysburg professors has motivated her to consider working in the field of economic and political globalization research and enter the world of academia after she graduates in May.

“I’ve realized that I really enjoy learning. Gettysburg has shown me that, and I am going to prolong that learning experience as much as possible,” Pestretto said.

Looking back, Pestretto says every moment was an adventure that taught her to be confident and never stop learning.

Learn more about campus life at Gettysburg and how it’s yours to create, define, and experience.

By Sokuntheary Heang ’24
Photos by Shawna Sherrell and courtesy of Julianna Pestretto
Posted: 05/12/21 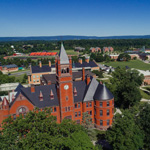 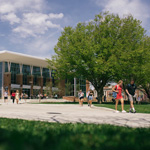 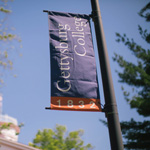