Gettysburg College joined 67 of the nation’s most respected colleges and universities in an alliance to substantially expand the number of talented low- and moderate-income students at America’s undergraduate institutions with the highest graduation rates. This growing alliance, called the American Talent Initiative (ATI), supported by Bloomberg Philanthropies, brings together a diverse set of public and private institutions united in this common goal. ATI members will enhance their own efforts to recruit, enroll, and support lower-income students, learn from each other, and contribute to research that will help other colleges and universities expand opportunity.

“We are excited to join the American Talent Initiative. At Gettysburg, we are determined to continue to make our education accessible to all students who have the potential to make the most of it, regardless of their socioeconomic circumstances,” said Gettysburg College President Janet Morgan Riggs ’77.

Gettysburg’s history has long focused on issues of diversity, social justice, and equality, beginning with its founding in 1832 by anti-slavery theologian Samuel Simon Schmucker. Joining the ATI is another step in Gettysburg’s institutional commitment to a diverse and inclusive learning environment. Gettysburg College was at the forefront of creating relationships with community-based organizations, as the CollegeBound Initiative’s first college partner and through a 16-year partnership with Philadelphia Futures.  Gettysburg’s connections to community-based organizations now reach throughout the country.  Since 2009, the number of domestic students of color and international students at Gettysburg College has grown from 11 percent of the student body to 21 percent.

Gettysburg College recognizes that America’s top-performing colleges have an important role to play in this effort. Research shows that when high-achieving, lower-income students attend these institutions, they graduate at higher rates, and access to those institutions provides them with a much greater chance of attaining leadership positions and opportunity throughout their lives. Yet in each graduating high school class, there are at least 12,500 lower-income young people with outstanding academic credentials who do not enroll at institutions where they have the greatest likelihood of graduating.

These students have earned the opportunity these schools offer, but for a variety of reasons—including a lack of information about their options, confusion about costs, and inadequate financial aid offers—many of them simply lack access. The American Talent Initiative seeks to ensure that these “missing” students have a path to attend and thrive at the institutions with the highest-graduation rates and best track records for post-graduate success. 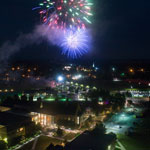 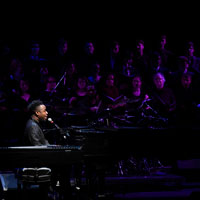 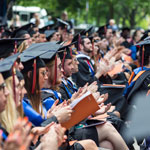