His gift would provide support for the initial programming and eventual founding of the Center for Public Service (CPS) by Karl Mattson in 1991.

“That [story] just really got me,” said Lagno. “That was the beginning.”

Lagno, who was a member of the Parents Advisory Board at the time and is now a College Trustee, also reflected on her son Robert’s involvement in CPS.

“I saw he was growing through it,” said Lagno. “I’ve talked to students who’ve completed immersion projects and they were just blown away. I think experiences like that are very impactful.”

Lagno and her husband, Christopher, established The Bonner-Lagno Endowment Fund for CPS, to provide financial support for students who participate in immersion project experiences.

As CPS celebrates 25 years, it honors the support of donors like the Lagnos and all those who have helped sustain and expand its impact.

“Over the last 25 years, 1,047 individuals have built the foundation of CPS through more than $1.6 million in financial support,” said Kim Davidson, the director of CPS.

“Today, that translates into endowments that make it possible for over 120 students to participate in immersion projects, 12 students to partake in the CPS Summer Fellowship, and multiple opportunities for students to create innovative community-based projects through small groups.”

“The great thing about the gift that Jim gave us is that he not only invested his monetary resources, he really invested himself,” said Gretchen Carlson Natter, executive director of CPS.

CPS has been the recipient of significant investments over the years—of time, money, and energy. Most have a personal connection: moved by a Vietnam soldier who started it all, participating in an immersion project, speaking with students. There is no shortage of inspiration.

View photos from the Fall 2016 anniversary event on Flickr. 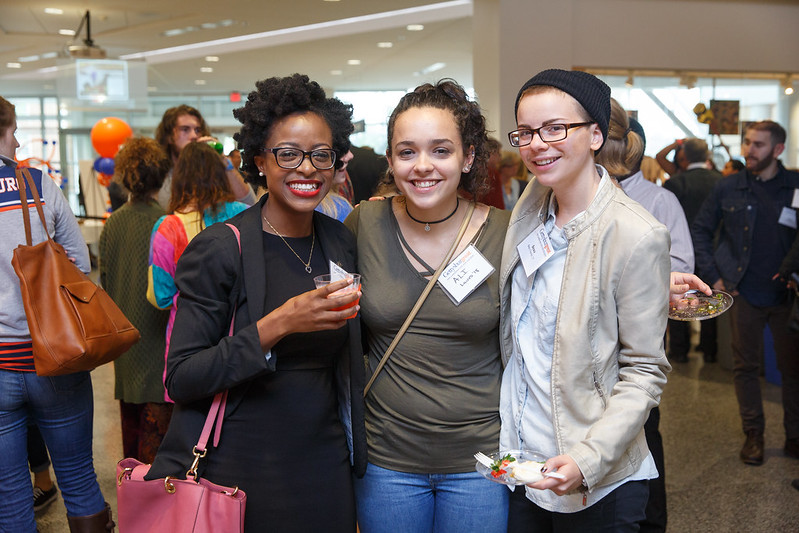 Trustee Enid Wedemeyer ’69 and James ’69 Corkran P’96 helped establish a partnership with the Kisumu Medical and Education Trust (KMET) in Kenya. Corkran had been working with KMET for many years prior and personally traveled with Davidson to help make the arrangements.

“The personal connection that Enid had sparked a meaningful partnership,” said Davidson.

Since their initial visit in 2012, 15 students have participated in the CPS Summer Fellowship in Kenya, and KMET staff members have also visited Gettysburg to share their expertise.

Public service has defined the life and career of Carol Bellamy ’63. She held several leadership positions, including director of the Peace Corps and executive director of the United Nations Children’s Fund (UNICEF). She served five years in the New York State Senate and was president of the New York City Council, the first woman elected to city-wide office in NYC.

Bellamy endowed the Carol Bellamy ’63 Fund for the Center for Public Service to ensure that all students, regardless of their financial means, have the opportunity to engage in meaningful service opportunities through CPS.

“Public service makes stronger citizens,” Bellamy said. “It is of utmost importance that everyone has some experience serving others, whether it’s halfway around the world or in one’s own backyard. Our country—and the world—needs informed and educated citizens who are willing to engage and make a difference.”

Lori Kono ’73 and Dudley ’72 Clapp want to help students find a passion for serving their communities. During Lori’s senior year at Gettysburg, Coach Bob Smith invited the men’s and newly formed women’s swim teams to teach children with developmental disabilities how to swim.

“That experience sparked what became our life-long passion for volunteering with organizations,” she said. “We believe CPS offers students opportunities to become the doers, problem solvers, and leaders needed to make the world a better place. We hope more students will be able to take advantage of those opportunities and perhaps, find their own passion for serving their communities now and in the future.”

Louisa Polos ’08 first learned about the Campus Kitchen project when her First-Year Seminar on homelessness, taught by English Prof. Chris Fee, volunteered at D.C. Central Kitchen. She decided to bring what she learned back to campus, and the Gettysburg Campus Kitchen was born.

Honoring that positive experience, Louisa and her parents, Susan and James Polos P’08, established the Louisa Polos ’08 Fund for CPS Immersion Experiences to provide support for faculty who, like Fee, want to incorporate community-based learning into their courses.

Cynthia LeCompte ’84 and David ’85 Salisbury P’15, also inspired by their daughter Keelin’s experience in Fee’s class, donated funds to support immersion projects and community-based learning. The mission of the Center for Public Service gets to the heart of what it means to be an active, informed citizen of a community,” said David Salisbury. “What better time in one’s life, in these formative college years, to explore these possibilities and to begin thinking and acting broadly about how we can give back now and in the future.”