On Friday, October 16, during a quiet and cloudy afternoon, Gettysburg College’s Stine Lake was vibrant with music. Students in residence gathered around for salsa lessons, while adhering to social distancing protocols.

As the sun set into the horizon, the students waited for the countdown to end and a livestream of Salsa on the Square events, projected on an inflatable screen to begin—events which, in a typical year, are held downtown on Lincoln Square. The times are different, but Gettysburg students still had a good time.

Salsa on the Square started 14 years ago when Project Gettysburg-León, in cooperation with the Center for Public Service (CPS) launched a week filled with discussions and activities to celebrate the 20-year partnership with León, Nicaragua. Salsa on the Square was the culminating event of the week-long celebration.

“Salsa on the Square was a way to make visible friends from Nicaragua, but also the immigrant Latinx community and their contributions, vibrancy, wisdom, economy, and culture,” said Gretchen Natter, assistant dean of College Life and executive director of CPS.

Salsa on the Square is an event rooted in community. In this spirit, over the summer, CPS organizers began brainstorming how to keep the tradition of Salsa on the Square alive during a pandemic. With the realization that the traditional in-person event could not occur, and inspired by artists and events that transitioned into online live performances, the idea to host a livestreamed event occurred.

“The focus was creating a community from something that has been pre-recorded,” said Director of CPS Jeffrey Rioux.

Early in the fall semester, while Rioux and student coordinator Maggie Halpin ’22 were planning the video for the livestream, another student coordinator, Melanie Pangol ’21, suggested a small, in-person event for residential students, in addition to the virtual component. This idea rallied excitement and support from CPS and the Office of Student Activities & Greek Life.

“The [in-person] event is communal, fun, and exciting,” said Halpin. “Having an in-person gathering was an important element.”

The in-person elements included salsa dancing lessons, yard games, crafting origami monarch butterflies—which are a symbol of immigration—and empanadas provided by the Bullet Hole. While the full in-person event was missed, the livestream enabled collaborations that would have not been possible in person, and welcomed attendees from all over the world.

The Salsa on the Square stream included remarks by Natter, a proclamation by Gettysburg Mayor Ted Streeter, who declared October 16 as Hispanic Heritage Day, messages from the Latinx community in Adams county, and performances by various artists. One of the performances included the gigantona dance—a Nicaraguan dance with a large folk doll, performed by members of Taller Xuchialt in Nicaragua. The stream was followed by an after-party on Facebook Live hosted by DJ Solalinde.

“[Salsa on the Square] is an example of togetherness,” Halpin said. “It shows how strong the Latinx culture in Gettysburg is and how excited people are to share their culture, but also how people are showing interest in learning about other cultures.”

Beyond Salsa on the Square, Pangol and Halpin encourage other students to actively engage with the communal spaces that Gettysburg College provides, where cultures and different communities come together, relationships are built, and unity is found in difference.

“Sometimes you don’t know how much in a bubble you are, until you purposely try to engage and meet with people [different than you],” Halpin said.

Learn more about how the Center for Public Service at Gettysburg College builds alliances between students, faculty and staff, and community members. 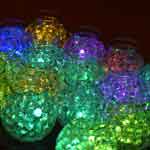