When deciding to attend Gettysburg College, Steven Landry ’22 felt ready to dive into an immersive academic and historical environment. Now, he’s preparing to enter another one—this time more than 6,000 miles from Gettysburg for a yearlong study abroad experience in Japan, as a recipient of the Benjamin A. Gilman International Scholarship for the 2020-2021 academic year.

A Vermont native and first-generation college student, Landry chased the opportunity to pursue his passion for history after he discovered the rich historical landscape in Gettysburg. Supported by his Army veteran parents, he now studies every day on a landmark of the Civil War.

“I wanted to go somewhere else, to see more of the world than I had been able to throughout my life, to see much more diversity of political opinion,” Landry said. “The College's close proximity to the battlefield and potential internship opportunities also certainly helped.”

As a history major and East Asian studies minor, Landry has learned about historical theory, read primary sources, and taken courses to widen his understanding of Japanese culture, all of which have taught him how to use knowledge of the past to inform the present.

“I truly feel for the first time in my life that I am being academically challenged at the right amount for me to succeed while still learning and growing as a thinker in this crazy world,” he said.

By traveling halfway across the country to live in Japan for a year, Landry will be leaping out of his comfort zone. He aims to be a public servant while abroad and become well-versed in the Japanese language and the country’s history so that upon his return to the United States, he can enlighten others on the truths and lessons behind historical events.

“It is my hope that, through studying history, we might be able to gleam from the triumphs and disasters of the past a new path towards the future,” Landry said. 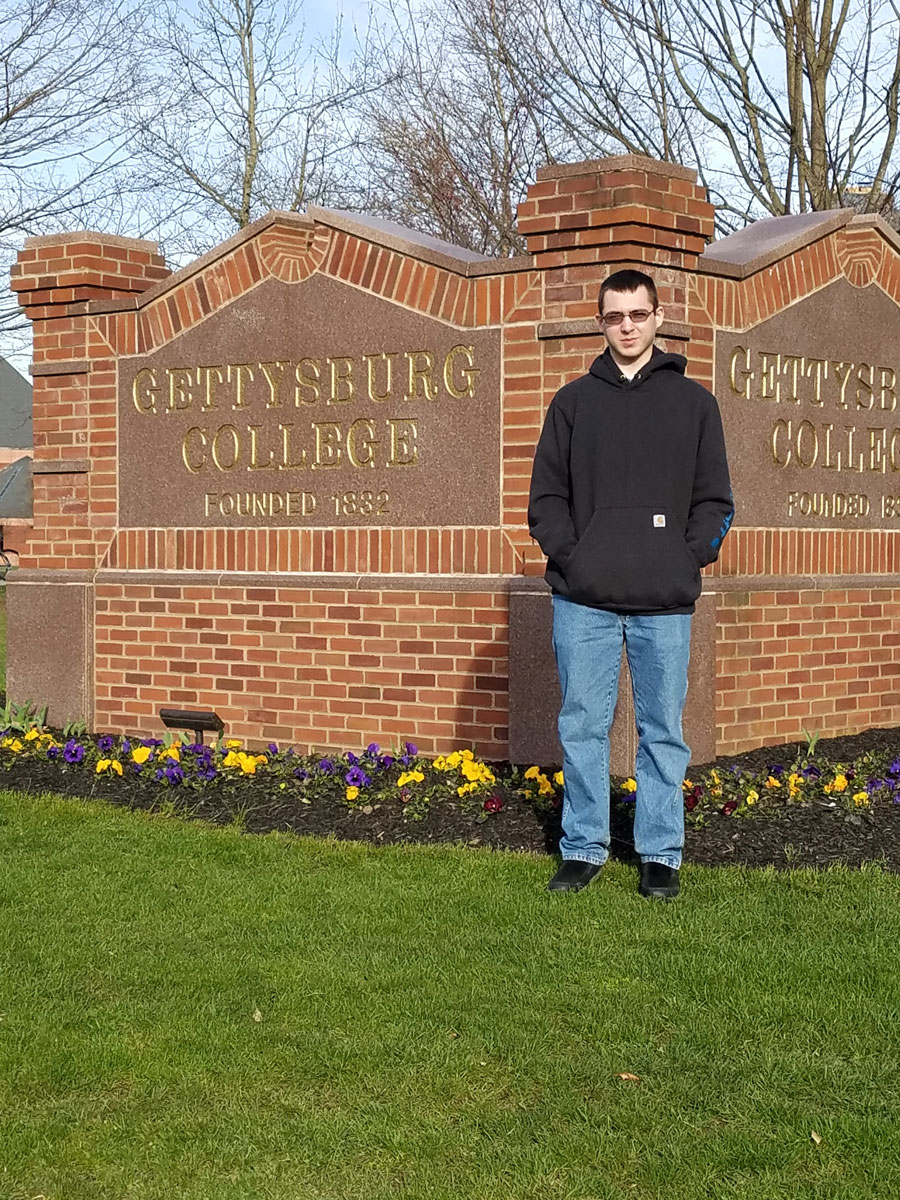 As a recipient of the Gilman Scholarship, sponsored by the U.S. Department of State’s Bureau of Educational and International Affairs, Landry will be afforded the opportunity to thrive in the global economy and broaden his perspective of international outlooks.

By visiting Japanese landmarks like the Hiroshima Peace Memorial Museum, Landry will gain insights from both memorials of war, as well as evidence of the subsequent healing and eventual peace between Japan and America.

“Our society is a global one,” Landry said. “In order to truly be a productive and thoughtful member of society, one must endeavor to see as much of this society as possible, and the simple fact of the matter is that there is no better way to learn about another place than to go there.”

This past summer, Landry interned at the Appomattox Court House National Historical Park, which he discovered through the Civil War Institute’s Brian C. Pohanka Internship Program. He had the chance to interact with and teach others about a historical setting by running the visitor’s desk and giving ranger talks about the McLean House where Confederate leader General Robert E. Lee surrendered during the Civil War.

“[History as a discipline] is not just people in dusty old libraries,” he said. “It’s a continued, lived experience that we’re sharing with people, and I think the National Park Service is one of the greatest ways we can work with that.”

Given his experience, the budding historian is considering the National Parks Service as a potential future career path. But before then, next year’s experience abroad in Japan will hone his understanding of defining moments in history and his ability to communicate the significance of them.