When Mariam Aghayan ’17 was 11-years-old, she moved to the United States from Armenia. For two years, she and her family lived in the house of a woman named Mary Smith, who Aghayan calls one of the three most significant women in her life. 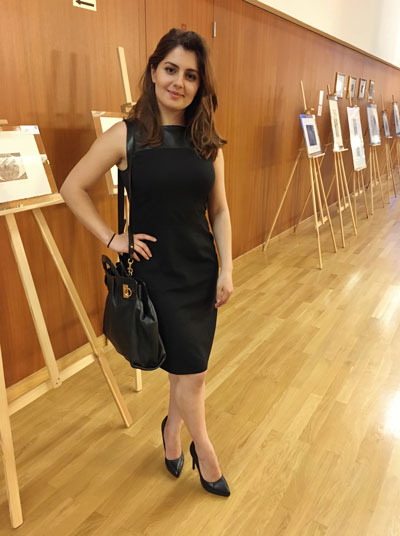 The first is her mother. And the other is Political Science Prof. Shirley Anne Warshaw.

“I’ve been empowered by these three powerful women throughout my life,” said Aghayan, “and I know that whatever I want, if I work hard enough, if I’m driven enough, I can reach my goals.”

Aghayan’s goal is to become a diplomat, but it’s a means to an end—her passion is advocating for human rights. Coming to Gettysburg, Aghayan’s first step towards her goal was making Warshaw her mentor after taking her First-Year Seminar. She’s accomplished much since that first year, and it’s not hard to imagine the political science and public policy double major—now a senior—reaching any and all of her goals. At the age of 21, Aghayan has already spoken in front of the United Nations (UN) in support of human rights, completed multiple internships, studied abroad twice, and received multiple fellowships and grants to conduct research on human rights around the world.

An important connection for Aghayan is the work she’s done for her home country. As a first-year student, she was nominated by the Center for Public Service for—and received—a Project for Peace grant from the Davis Foundation to educate disabled, homeless, and children of war-torn families in Armenia, teaching them English, healthy living, computer literacy, and social skills. 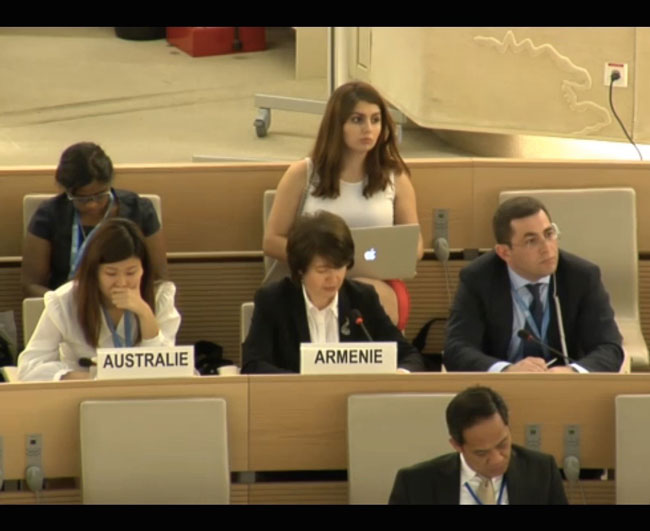 As part of the learning experience, Aghayan had the opportunity to attend bilateral and multilateral meetings and observe the nuances in negotiation between countries, behind the scenes. It was such an impactful internship that when she returned to Gettysburg in the fall, Aghayan felt like she needed to pay the experience forward.

“I wanted to use my connections to get people more involved in the career of diplomacy,” she said.

With funding support from The Eisenhower Institute, student senate, and the Provost’s Office, Aghayan helped arrange a trip for her peers to the UN headquarters where she interned. The public tours were full, but the First Secretary of the Permanent Mission of Armenia offered their group a personal tour. The Ambassador of Armenia to the United Nations provided a private briefing that lasted two-and-a-half hours. 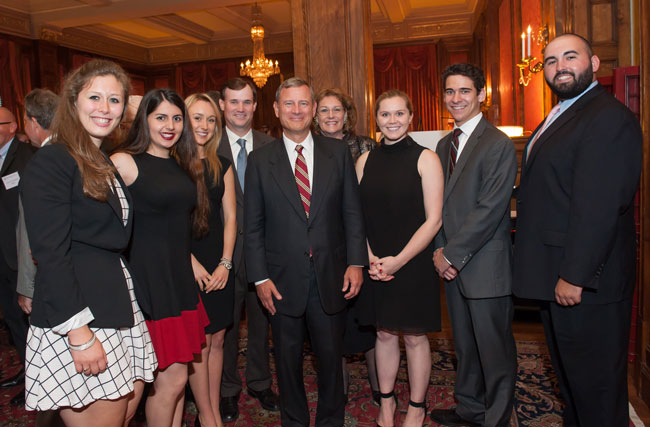 Continuing her involvement with The Eisenhower Institute, in the same semester, Aghayan helped kick off the inaugural class of Fielding Fellows with the launch of the new Fielding Center for Presidential Leadership Study—named after Fred Fielding ’61, who served as Deputy Counsel to President Richard Nixon and later as White House Counsel to Presidents Ronald Reagan and George W. Bush. The program is advised by several other experts, including Aghayan’s mentor, Warshaw, and is designed to provide students with opportunities to examine presidential leadership and shape their own paths as our nation’s future leaders, elected officials, and public servants.

“It’s so incredible to be mentored by Mr. Fred Fielding and Dr. Shirley Anne Warshaw,” she said. “These are two incredible people on different sides of the political spectrum. They get along so well, they are respectful—they teach us what political discourse should be.”

In the following semester, Aghayan studied abroad in Berlin, Germany, in a program focused on political science and international relations. Of course, refugee policy was already a major topic of discussion at the time, and a focus for the Chancellor of Germany, Angela Merkel. Aghayan got to experience the discussions happening there first hand.

“My area of expertise is human rights, but I studied so many interesting things while I was in Germany,” said Aghayan. “The former director of Germany’s Doctors Without Borders taught a class called contemporary global health challenges. I took it and loved it. In Berlin, I studied everything from international finance to European immigration and energy diplomacy.” 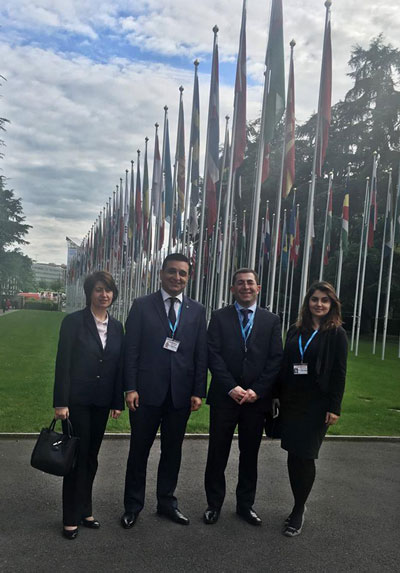 (from left to right) The Deputy Permanent Representative to the UN, the Minister of Health of the Republic of Armenia, and Envoy Extraordinary and Minister Plenipotentiary, and Aghayan.

“What was incredible about the experience is I wasn’t treated like an intern, I was treated like a colleague,” she said. “My superiors would come to me to ask me for advice. Sometimes I would be representing Armenia in meetings, which is an advantage of having a small delegation, since each individual has greater responsibility. It was surreal to deal with Ambassadors, Ministers, and representatives from different countries on a day-to-day basis.”

Aghayan also had the opportunity to attend the 32nd session of the Human Rights Council as part of her internship at the United Nations in Geneva through the Permanent Mission of Armenia. This past summer, Aghayan continued to address human rights concerns by giving a speech at the United Nations Headquarters as the Youth Ambassador from Armenia.

“Hate and discrimination have no place in our society,” she said in her speech.

“We must make an effort to understand problems from different viewpoints and cultures. We have a duty, as human beings, to respect one another and to make sure none of us are stripped of our human rights.”

As a senior, Aghayan is in the process of applying to graduate schools and plans to study international affairs.

“They would all be lucky to have her,” Warshaw said. “I first met Mariam when she was in my First-Year Seminar and from the moment that I met her I could tell that she was amazing. She was polished, smart, and understood complex concepts. Because of my admiration for her, I asked her to be my teaching assistant the next year and, happily for me, she continued to be over the next three years. Mariam thinks outside the box, always seeking to be the best that she can be and encouraging her friends to follow suit.”