My face was on the front page of the school newspaper the first day I stepped foot on campus. I heard an article I wrote over the summer would appear in the paper but I was entirely shocked to confront my smiling face on the cover on Move-In Day.

The Gettysburgian, our school newspaper, became the first of many endeavors at Gettysburg College that forged my path toward success. I wrote my first article the summer before I arrived at school. I had not moved in, yet I was already in touch with editors of the newspaper, ready to get involved as a Staff Writer, just as I did all throughout high school. Now, every week is filled with interesting experiences pertaining to the newspaper. Sometimes I write features articles and report on campus events, while other times I copy-edit for one to two hours every other week, refining the final articles before the editors send them to the printer.

Students and faculty constantly encourage new members to join clubs and activities on campus, first-years included. This inclusion opens the door to a wide range of opportunity and serves as just one example of the comfort you receive when you enter the Gettysburg community. I am never bored, nor do I ever lack support on campus, which makes school feel like home.

From the start, I also knew that I wanted to audition for the fall MainStage musical: The 25th Annual Putnam County Spelling Bee. As soon as the show was announced over the summer, I began practicing and even emailed the head of the theatre department and director of the show for more information about the audition process.

Luckily, the audition was successful and I was cast in the musical, along with four other first-year students in a cast of nine people. We were all incredibly humbled to be a part of the show and formed friendships that have lasted even beyond the run of the show. My schedule quickly became filled: I had classes to attend mid-morning to late afternoon, articles to write in between classes, and two-hour rehearsals for the musical four days a week in the evening. I even started taking voice lessons and joined two choirs at the Sunderman Conservatory of Music. I was busy, but happier than ever.

Your days at Gettysburg will also quickly become busy and rewarding. You, too, can spend each day expanding your knowledge on a wide array of topics and chasing your ever-growing passions. At the end of the day, I guarantee, you will always fall asleep excited to wake up and do it all over again.

As time went on, I began to truly value my free-time as an escape from my fast-paced daily life. One of these escapes became dinner with my friends. Even after the closing of the show, I continue to eat meals with the cast of Spelling Bee, and sometimes we sit in Servo and chat until the dining center closes. I also have friends on my floor who are available for meals, the occasional yoga class, and activities over the weekend. I have tried a wide range of activities off-campus to divert from the weekly grind, including movies at the Majestic Theater, meals at the Lincoln Diner, and lunch at The Ugly Mug.

One important aspect of Gettysburg is the support system of the student body. Regardless of the busy daily routine, every day is another opportunity to create new relationships with the people around you. Your meals at Servo are incomplete without at least one friend at the table, and very rarely will you spend hours at the library without a friend to study next to you.

Like many other dedicated Gettysburg students, I often find myself spending a lot of my down-time at the library, whether it is in between classes or after late-night rehearsals. As busy as I am, neglecting to do homework is never an option, and I easily maintain the grades I desire. I have learned to not only push myself, but also seek support from my intelligent peers and the readily available faculty. 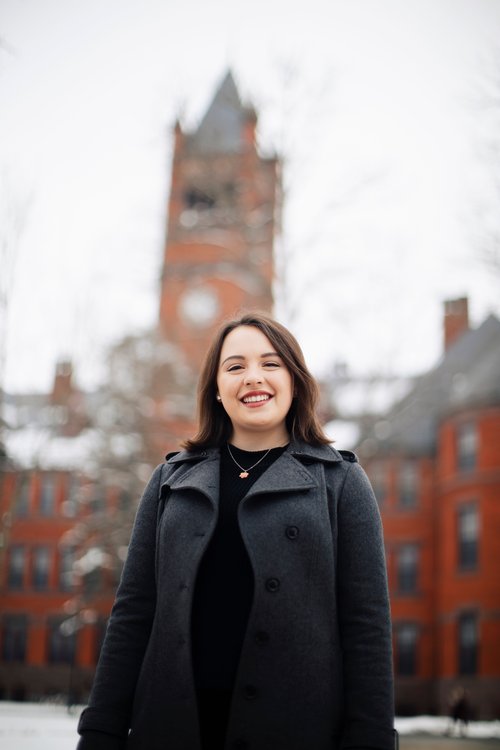 All in all, I have grown into an ambitious, hardworking student, and I guarantee you will, too. I became involved in many of the same activities from high school but also found experiences that push me out of my comfort zone. Thus far, my first year at Gettysburg has been transformative, opportunistic, and enlightening, thanks to the welcoming community and plethora of opportunities. I have found a home at Gettysburg, and rest assured, Gettysburg will become a home for you.