Marketing vs. science: Applying the same process to a different set of questions

At Gettysburg, a liberal arts degree can translate to a variety of careers, regardless of what you decide to major in. Example: Laura Gambino ’14. When Gambino graduated from Gettysburg with a degree in biology, she was originally interested in pursuing ecological research, inspired in part by a vertebrate zoology class she took junior year and a summer field experience at Hawk Mountain Sanctuary. She decided to pursue a master’s degree in applied ecology from Stony Brook University, which she completed last year. Then, she switched gears. “I was looking for a career where I could continue to grow my [data science] skills,” she said.

After graduating from Stony Brook, Gambino completed a market research fellowship at AOL. Now, Gambino has a position at Omnicom Media Group, a marketing and advertising agency, as Senior Analyst on their Primary Research and Insights team in New York City. Gambino is using her data science skills to collect and analyze data to inform marketing strategies and advertising.

“I’ve really been enjoying it,” she said. “It’s a new and different challenge.”

Gambino discovered that marketing flexes muscles similar to the ones she used for scientific research. She completed several science projects over the years. In high school, she conducted research on protecting wild and captive clam populations with Dr. Bassem Allam at Stony Brook, where she’d eventually attend graduate school. The following summer, Gambino continued working in Allam’s lab, studying the immune response to disease in oysters. That experience led to Gambino co-authoring a published paper. In graduate school, Gambino’s research centered on creating data models to understand hummingbird migratory patterns, working with Dr. Laura Graham and her advisor, Dr. Catherine Graham. She presented her findings at the North American Ornithological Conference in Washington, D.C.

“My current job is using statistics to understand consumers instead of hummingbirds, but it’s the same thing when you get down to it,” she said. “You try to figure out why people buy certain items and services or how to make a good ad that captures someone’s attention. I take data points from surveys [and other data] and dig into statistics to understand those factors.”

In addition to her projects at Stony Brook, Gambino was involved in curating the vertebrate collection at Gettysburg. Working closely with Biology Prof. Ryan Kerney, Gambino and another student, Sara Ketelsen ’14, curated, labeled, and repaired specimens.   “[Prof. Kerney] was great because he got me to think outside of the box and solve problems you don’t see every day.” In biostatistics with Biology Prof. Kazuo Hiraizumi, Gambino said she found the confidence to pursue statistics in her graduate work and career.

Even though she’d never expected it to, each of these experiences have helped her in her career in market research.

“You can’t ask hummingbirds questions,” she joked. “[In marketing], people don’t know the subconscious reasons why they did something, so it’s about uncovering the motivations for why people do things. You use that same scientific process, applied to a different set of questions and problems.” 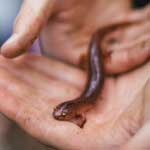 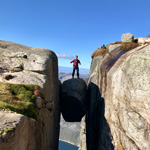