This past March, Gettysburg College students Shanzae Sarwar ’21, Olivia Handleman ’22, and Emma Canfora ’23 participated in the Oxford Consortium for Human Rights. Over the course of a week, the three Gettysburgians discussed a wide variety of social justice issues—from the caste system in India to the Rwandan genocide—and listened to scholars, Ph.D. students, and other undergraduates share stories of social activism, before proudly presenting their own work promoting religious and ethnic inclusion on the Gettysburg campus to all those in attendance.

“We were able to meet people from many different backgrounds and experiences,” said Handleman, IDS major and Jewish Studies minor. “This year, the consortium worked to build upon the Black Lives Matter movement, and we used this movement as inspiration when creating our own project and presentation.”

Focusing on the importance of interfaith diversity and encouraging collaboration between different religious groups on campus, the project consisted of three specific actions.

Handleman explained, “Firstly, we referenced an event from last year when we went to each of our respective places of worship in Maryland. Emma and I are part of Hillel, while Shanzae is part of the Muslim Student Association.”

Economics & International Affairs dual major Sarwar continued, “The idea of this event was to create greater awareness of different faith traditions by actually participating and getting to see new places of worship. We hope to make this an annual event.”

“Secondly, we talked about the benefit of using service projects, such as volunteering with the Painted Turtle Farm, to bring students from different religious groups together. One thing that is common to all traditions is wanting to give back to our communities. Service projects are a way to create friendships, but also to get to know people from groups that you wouldn’t necessarily run into otherwise.”

“Thirdly, we discussed our plan for the coming years for an entire campus event: annual interfaith diversity days,” said Handleman.

“It was an amazing privilege to be able to share our work with so many passionate and thoughtful people, who gave great feedback and support, added Canfora, History and Religious Studies major and Judaic Studies and Civil War Era Studies minor. “It was a once-in-a-lifetime opportunity to present to people from all over the world, especially scholars who have dedicated themselves to the issues we spoke about.”

The group of three was brought together by Interdisciplinary Studies and Philosophy Prof. Stephen Stern, who had witnessed each student show a deep commitment to human rights through their participation in his classes and their written work.

“As a professor, when you see that type of commitment from students, you want to provide them with the opportunity to explore their passions even further,” said Stern. “They came up with this project on their own and I’m so proud of them.”

“What made the Gettysburg presentation amazing was that it was the most localized. It wasn’t something beyond the students’ reach; it was something that they could really achieve within our own community.”

Through these efforts and continued plans for activism in the future, the group works to ensure Gettysburg College is a welcoming home for all, while also helping prepare their peers to be the next generation of leaders in the workforce, respectful of all faiths and worldviews. In short, they hope to build beyond just tolerance for other religions and instead foster a sense of true respect and friendship.

Canfora said, “If even one person gains a new perspective and understands others better because of it, I think we will be successful.”

Reflecting on their participation in the Oxford Consortium, Sarwar explained, “Being able to listen to others’ stories and experiences was humbling. These people came from all walks of life, some were nurses, some were going into law school, yet they’ve managed to incorporate social justice work into their lives. This experience reinforced my own commitment to issues that I’m passionate about.”

“I learned a lot about the way other people view the world and about the struggles different communities are facing,” said Canfora. “The professors and guest speakers we had the privilege of listening to gave me hope for the future.”

Handleman concluded, “What I found most fascinating is that you’re able to promote activism in your local community. For a lot of us, we look at global-level activism and it is hard to know where to begin. It was inspiring to know that you can make changes on a small level that could lead to a big impact.”

Amada Bond ’14: A catalyst for change through education and empowerment 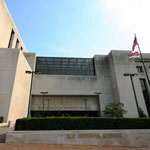