Elijah Jones ’24 has been a social justice advocate since he was a child. He’s used his voice to stand up for himself, for others, and educate those who see the world through a veil of ignorance.

Like many of his passionate Gettysburg College peers, being an advocate for change is a part of Jones’ identity. But, although he wouldn’t change it, and he now embraces it as a part of his journey, living a life of advocacy was not initially a choice for Jones. It was a necessity.

He remembers when he first started really noticing the more than skin-deep difference that skin color played in his schooling experience: he was in high school.

Advocating for diversity and inclusion

At the urging of one of his teachers who thought that he would benefit from the academically rigorous environment of a private school, Jones transferred from a diverse public school in his hometown of Wilmington, Delaware, to a predominately-white private school, with the support of a scholarship. Being the only Black student in many of his classes, which were taught by mainly white teachers, made him hyperaware of the lack of diversity in his new learning environment.

“It was tricky, being on the outside for a little while and then realizing that what was the ‘inside’ wasn’t necessarily as healthy or glorious as it was talked up to be. You think the grass is greener, but there are a lot of developmental issues that I noticed,” Jones said. “It was far from perfect.”

In one of his high school English classes, he remembers his teacher saying the n-word during a discussion about the use of racial slurs, an experience about which Jones later published an op-ed piece. While he knows his teacher at the time did not intend for its use to cause harm, being the only Black male in his class, Jones was alienated by the use of the historically oppressive word.

Having countless more experiences like this growing up—several of which were much more explicitly fueled by racism and hate—he began questioning “Why?” Furthermore, asking himself what he could do to spark change and rewrite the narrative.

One of Jones’ first far-reaching efforts was giving a TEDxYouth@Wilmington talk in 2017 on the importance of diversity in education, which reached more than 17,000 online viewers. Jones learned of and applied for the TEDxYouth opportunity through TeenSHARP, a nonprofit in Wilmington that was founded to increase underrepresented students’ access to highly selective colleges and premier leadership opportunities.

“Youth rarely get a voice, so hopefully [my experience will] allow other kids to speak on similar stages,” Jones said. 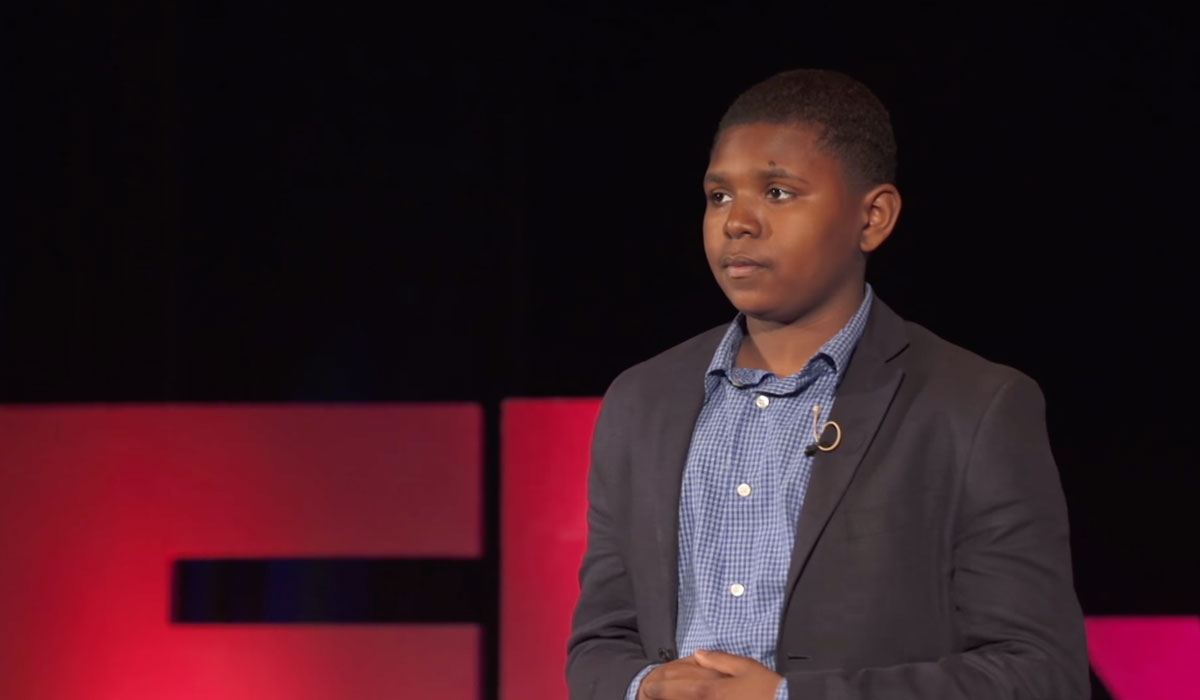 Jones also developed a college-readiness program for low-income Black students in Delaware and conducted research on how a diverse faculty can benefit schools and students’ educational outcomes, which, in conjunction with many other efforts, won him the 2019 Princeton Prize in Race Relations.

“I felt like I had to do those things because bad things happened and continue to happen in the world and in schools. The running around I had to do in high school—saying things like ‘You shouldn’t do that.’ ‘Please respect me.’ ‘Please accept me.’ I had to defend myself and my classmates that looked like me. I had to teach students, teachers, and principles how to treat me. It was a full-time job,” Jones said. “And I’d much rather that bad things didn’t happen. No one should have to do good things because bad things happen.”

When Jones began searching for a college, he didn’t have an extensive checklist. He said he simply wanted a place that cultivates open-mindedness, kindness, and a desire to learn from one another—a place where he could grow, pursue his passions, and shed some of the weight he’s had to carry throughout his life.

Something that Jones can’t quite put his finger on—he refers to it as destiny—drew him to Gettysburg College. It was the only school he applied to, and he applied Early Decision.

“There’s a nice energy around here, being so close to the battlefields. People were fighting for such a pure cause and a cause that is so relevant to today, that being here almost feels like destiny to me,” Jones said. “Gettysburg is a very politically attached place, and given all that’s going on in the world, it’s a good place to be in 2021.”

He’s not only excited about the endless opportunities that exist in his next three years at Gettysburg, but also about the lasting impact that his education will have after he graduates. He hopes major in English with a writing concentration, join the College’s mock trial team, become involved with the Eisenhower Institute, study abroad, and find footholds in his academics to pursue his aspiration of becoming a defense attorney.

“There’s this book, Just Mercy by Bryan Stevenson; I love the book. And it’s a story of a civil rights defense attorney, Bryan, who worked to free people who were on death row for a false conviction. When the clients would describe him, they would say something like, ‘Bryan was the first person to listen to me rather than tell me to take the time,’” Jones said. “Similar to Bryan, I want to listen and truly hear people and be an advocate for them, which they might have never had before.”

But not everyone needs to be a defense attorney to listen and be kind and compassionate to others, Jones said. It’s something everyone can be and should be.

“It’s a good start, and you have to start somewhere. When you’re finding a charity to start donating to, you don’t write up your mortgage in a check. You start small and manageable. Sometimes people think fighting for change is something much bigger than them, and they don’t know where they fit into the equation,” Jones said. “But systematic change starts small with everyday interactions. It starts with who you choose to sit and eat your meals with at the Bullet Hole, or sit next to in the Atrium. Who do you go out of your way to include or talk to? I challenge you to reflect on that. Who is around you? What do they look like, and why do they look that way?”

Learn more about Gettysburg College’s efforts to create a more diverse and inclusive campus community and its commitment to graduating the next generation of passionate leaders. 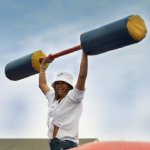