This is exactly what my son said to me in the fall of 2014 during his senior year of high school. The size of the school was of interest, and—importantly to my son—it had a winning lacrosse team.

He knew that lacrosse alone was not a reason to choose a school, but he did want to compete at the collegiate level. So, off we went to visit Gettysburg.

Coming from the bright lights and action of Los Angeles, California—which is exactly 2,509 miles away from Gettysburg—I was skeptical of a small liberal arts college in southern Pennsylvania.

How would he ever adapt? 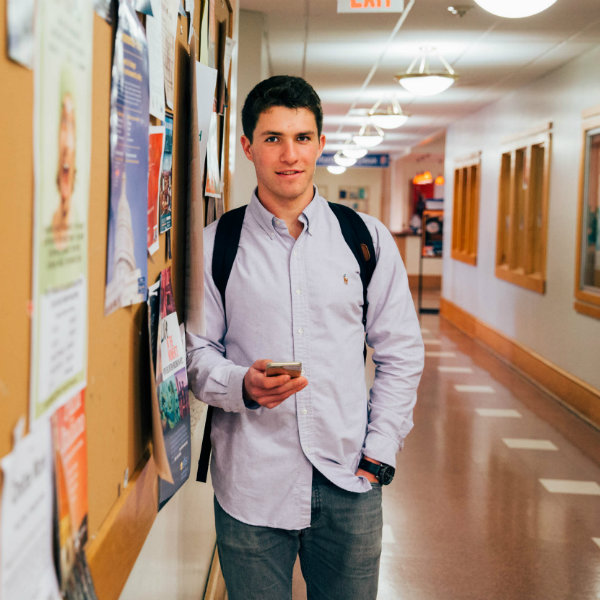 Putting my concerns aside, we arrived at Gettysburg on a picturesque day. The fall leaves were turning, students were bustling in and out of the beautiful campus buildings, and they all looked happy and engaged. More importantly, there was an excitement in the air that was palpable. This felt like a place where students could explore interests not yet known to them and find a community that was both challenging intellectually and supportive.

We took the pre-arranged tour of campus and learned all about the history of the school, the various majors and minors, and the co-curricular activities. We toured the cafeteria, known for its award-winning food, and learned about the head chef’s personal garden where he grows organic vegetables. We toured the beautiful library— which was surprisingly full of students studying—and the brand new athletic facility.

Then we met with Head Coach Hank Janczyk, Gettysburg's lacrosse coach of nearly 30 years. He looked at me and said with his inimitable smile, “Mom, your boy is going to excel here, and not just as a lacrosse player.

“You see, I care about lacrosse, but I care more about turning my players into men that you will be proud of.”

Needless to say, I was sold and ready to sign on the dotted line!

Thankfully, Noah felt the same excitement and was ready to commit to Gettysburg by the end of the day.

Still, I wondered…as wonderful as it is, how will Noah adapt?

He left Los Angeles and all of the access that a bustling city has to offer, but, apart from playing lacrosse, he did not have a clear direction of what he wanted to study or do.

At Gettysburg, Noah became immersed in subjects that weren’t available to him in high school. He developed an interest in political science and—because of the small class sizes—was able to develop meaningful relationships with his professors both in and out of the classroom. They were approachable, accessible, and passionate about what they were teaching. He attended programs provided by the Eisenhower Institute and by the end of his first year, had found his academic calling: a major in political science and a minor in business.

Perhaps his biggest transformation came during a weekend seminar for entrepreneurship. The seminar was sponsored by a Gettysburg alum—it taught students how to harness a passion and create a “start-up.” Noah was riveted by the facilitator and the workshop exercises he participated in throughout the weekend. He called home every night with a piercing level of enthusiasm in his voice.

I believe that a weekend program like this at another school may have been overlooked or oversold, however, at Gettysburg, it was open to anyone who exhibited an interest. Since Noah had access to this type of program, he learned that he had a passion to be an entrepreneur.

He was quickly able to put his new-found passion and skills into practice. While home on a break, he and his best friend began talking about all of the opportunities and events available to them as college students. They are part of a large population globally—a certain generation that wants to know what is going on around them NOW. Out of this conversation, a business idea for a location-based app that aggregates and rates real-time events was born. They called it BOOM. The next day, they set to work creating a business plan and developing a pitch for the Gettysburg Entrepreneurial Fellowship.

Not only did they win, but they were awarded sufficient funding to develop the app in a Venice, California-based incubator and were connected with invaluable alumni mentoring. What began as a casual conversation between friends is now an app that will be launched this fall.

Oh, and did I mention that Noah just returned from a semester in Berlin, too?

Gettysburg encourages students to study abroad and works with students to ensure they can balance it with their challenging coursework, competitive athletic schedule, and even budding entrepreneurial enterprises.

I truly believe that Gettysburg College has afforded Noah so many opportunities—from playing lacrosse for a championship team under the tutelage of an award-winning coach to attending lectures at the Eisenhower Institute about cyber security taught by government experts; from challenging his intellectual curiosity by learning new academic disciplines to studying abroad for a full semester in a country where he will intern at one of many startup companies found in the region as part of his core curriculum.

It is true that Gettysburg is an institution steeped with deep historical importance, but it is also a place for young, bright minds to be cultivated and challenged, ideas to be created, and great innovation to be bred.

And while he is still far from the bustling city of Los Angeles, I’m no longer concerned about his ability to adapt. I beam with pride at all he has learned, experienced, and accomplished at Gettysburg.

Byrdie Lifson-Pompan P’18 is the mother of Noah Pompan ’18.

Read other stories written for parents by parents: 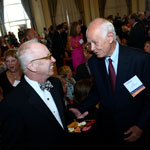 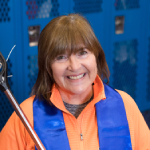 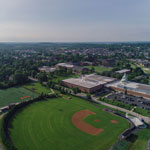