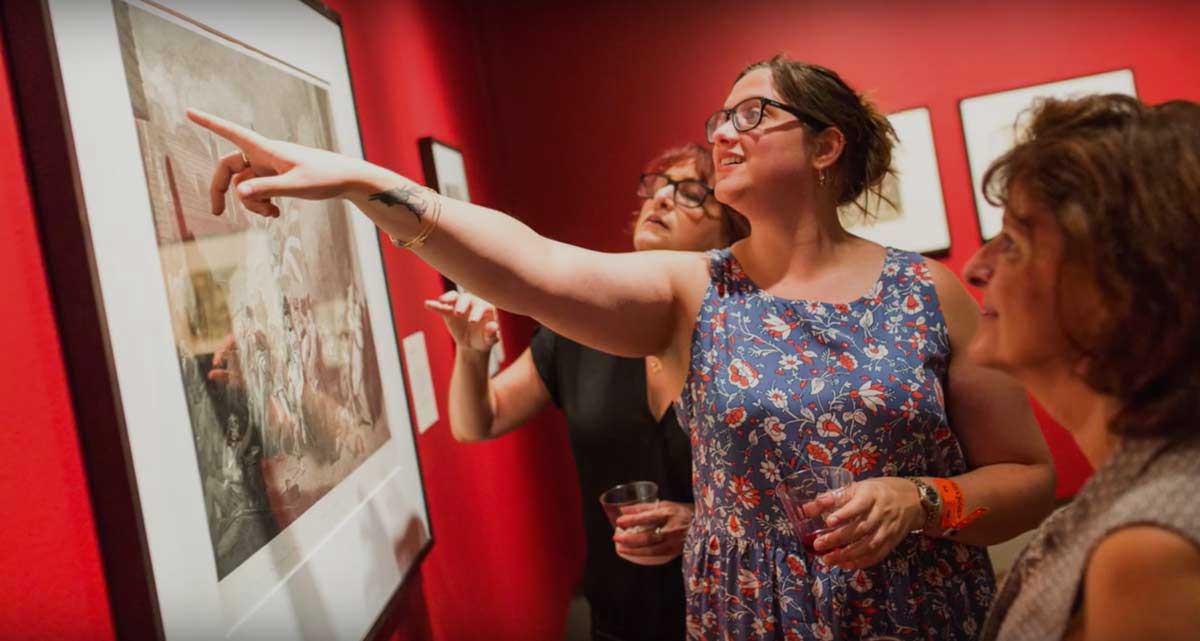 For Bailey Harper ’19, an opportunity came knocking while she was studying abroad in Athens, Greece—over 5,000 miles away from Gettysburg College. It was an email from Art History Prof. Felicia Else, asking if anyone was interested in doing research for the upcoming exhibit The Plains of Mars: European War Prints, 1500-1825 in the Schmucker Art Gallery. “I said, ‘Prof. Else, I want to do this.’ And I sent it. I don’t think I even signed my name. I may have hit reply all too,” laughed Harper.

Harper has always loved art. When she visited Gettysburg’s campus as a high school student, she saw its art gallery for the first time. “Seeing the student artwork hanging in the gallery made me realize that even if I didn’t major in studio art, I could still continue my passion for art and art history.” Harper’s visit convinced her to apply to Gettysburg early decision. “I felt like I was already a part of the Gettysburg campus when I visited. It felt right. Somebody thought I was already a student,” she said.

While she declared an art history major in the first month of her first year, she had no intention of double majoring. Yet, the sculpture class Harper took during her sophomore year convinced her to add a studio art major, followed by a minor in anthropology.

Harper applied the knowledge and skills she accumulated in her classes as early as the summer after her first year. Her involvement in the Civil War Institute’s Brian C. Pohanka Internship program led to a summer curatorial internship at the Petersburg National Battlefield. It gave Harper insight into archival and curatorial work. “This was the first time my art historical research was connected to curation.”

Another valuable experience occurred within the classroom during her sophomore year—Prof. Yan Sun’s Art History Methods course. The course concluded with Gettysburg students curating their own show in the Schmucker Art Gallery. “Each of us picked two artworks to research, wrote a catalog essay, and prepared the exhibit space,” Harper said. “We had a variety of objects for the show, and yet somehow we had to make sense of all the pieces to tell a story. It was challenging, but fun.”

These two experiences—one outside the classroom, and one within—ultimately shaped her career goal: to become a curator and teach with art. Seeing that email from Else inspired Harper to reach her goal and gain valuable hands-on experience. As it turned out, Else and Dr. Shannon Egan, the director of the Schmucker Art Gallery, thought the exhibition was too big for only one person. The prints were divided up by time period, with Harper assigned to early modern artwork. 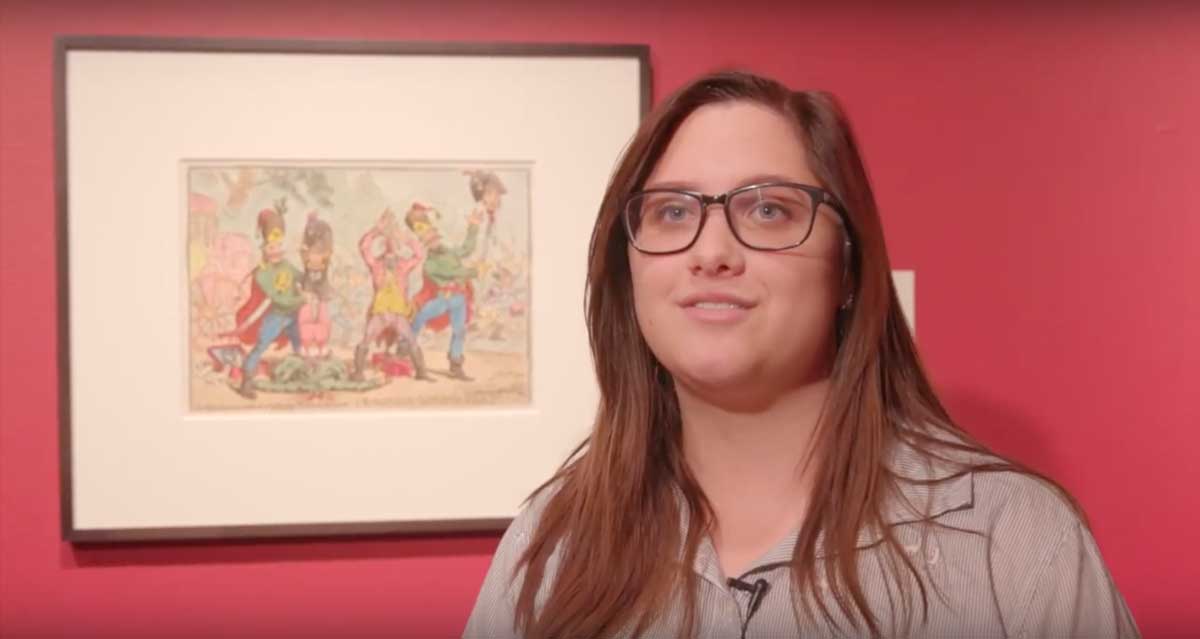 “Dr. Egan then emailed me saying that I should apply to the Kolbe Summer Fellows Program. And I said, ‘Okay! What’s that?’” After learning that it was a funded 10-week summer research fellowship geared toward students in the humanities and social sciences, Harper was determined to apply.

As an accepted fellow, Harper met with her mentor, Egan; conducted research on the prints; and assisted with the exhibit. An eye-opening experience for Harper was when the prints arrived in August. “Dr. Egan looked at each piece, and then moved the prints from place to place,” said Harper. “I could see the gears moving in her head, thinking how to best organize the show to allow it to make sense thematically. And that’s what I wanted to learn—how to effectively curate a show to make sense.”

Harper made the most of her summer. By the end, she produced two essays, three didactic wall labels, four catalogue entries, and a website—the latter of which she had never done before. Harper was inspired to create a website in order to help guests make sense of the social, political, and cultural issues that were occurring during the time period of the displayed art, and how these events connected to the work’s artistic movements. “The website, which features a timeline, helps to visualize all of this material,” explained Harper. “It made an element of the exhibit more accessible to the public.”

As a gallery attendant on campus, Harper led gallery talks about the exhibit throughout the academic year and made sure to mention the website she created. During the school year, she also served as president of Art Alliance, house leader of Art House, and an office assistant for the art history department. Harper was able to bring the website design skills she obtained during the summer back to the department’s office.

“The Kolbe Fellowship instilled in me transferable skills. I’ve made websites, written blog posts, completed research, and have even become a better writer under the guidance of my mentor Dr. Egan,” she reflected. Harper will soon take these experiences and skills to American University this fall when she begins her master’s program in art history.