Building a better community with It’s On Us campaign

During the last week in September, the Gettysburg College community came together for a Week of Action in support of the It’s On Us campaign, a nationwide movement for sexual assault awareness and prevention education on college campuses. The launch of It’s On Us at Gettysburg aims to encourage active bystander intervention in situations where misconduct could occur, support survivors of sexual misconduct and relationship violence, and create a better campus community—and the Week of Action was a step toward affecting change now.

The week included a pledge signing, an interactive workshop with the College’s local domestic violence agency Safe Home, a Campus Safety Day, and opportunities to write anonymous letters to survivors for empowerment and healing. More than 1,000 members of our College community signed the pledge, including President Bob Iuliano, President’s Council, the Board of Trustees, 600-plus student-athletes, members of Greek organizations, and more.

“The excitement from the students for signing the pledge and being part of this movement has been overwhelming and so positive,” said Title IX Director Amanda Blaugher. “The more each and every one of us commits to stepping up when we hear or see something that could lead to sexual misconduct or relationship violence, the more we are able to change our campus and make it a better community for everyone.”

Following this Week of Action, on October 7, award-winning public speaker Kyle Richard, a former SUNY Cortland football player who was shot while trying to prevent a sexual assault in 2017, spoke to more than 400 Gettysburg community members about the importance of being an active bystander. In 2018, then-Vice President of the United States Joe Biden awarded Richard with the Biden Courage Award for Bystander Intervention at the Biden Courage Awards ceremony, co-hosted by It’s On Us and the Biden Foundation.

“Kyle’s story of stepping up to be an active bystander during an incident of sexual misconduct is very powerful and inspiring, and we hope it empowers attendees to do the same on our campus,” Blaugher said.

Richard also met with more than 70 Gettysburg student-athletes and staff as part of the Student-Athlete Impact Leader (SAIL) program for Domestic Violence Awareness Month. SAIL aims to help invest in the education of one another, growing physically, mentally, emotionally, and socially.

“I’ve been speaking to a lot of schools and a lot of athletes across the country, and today, I was really able to see what it looks like when people get together and do the research on sexual violence,” Richard said following the SAIL meeting. “I've never seen anything like that.”

Earlier this year, Gettysburg College was one of 37 institutions to receive a $30,000 It’s On Us PA grant, which will be used through May 2022 to boost education efforts and prevention programming on campus. Four additional staff members were also trained to facilitate restorative conferencing and additional resources will be developed to reduce barriers to reporting, fund new initiatives, and continue this awareness campaign on campus for the remainder of the 2021-22 academic year, which marks the second time the College has received this selective grant.

In 2016-17, this same grant provided campus-wide training for students and employees, including self-defense courses and trauma-informing training for all employees as part of our annual Title IX, Clery Act, and workplace harassment education. Read more about the College’s efforts to protect one another, as “change begins with us,” Iuliano said.

In order to continue building a better campus community, Gettysburg College has organized additional events for Domestic Violence Awareness Month. These events include tabling sessions throughout October to learn about upcoming trainings and services offered by Safe Home; a Red Flag Display on October 13 which will identify concerning behaviors in unhealthy relationships; Purple Thursday on October 21, a day to wear purple in support of promoting healthy relationships; a Clothesline Project and an Empty Chair Display during the week of October 25 sharing stories of those who have been impacted by domestic violence; and an interactive workshop on October 26 entitled “Intersectionality and Restorative Justice,” which will examine how gender, race, class, sexuality, and ability shape experiences of violence. Find more information about each of these events on EngageGettysburg.

“It’s On Us serves as a reminder that the choices students make every day can contribute to a culture of respect,” said Camille Traczek ’22, a Gettysburg College It’s On Us student ambassador. “I wanted to serve as an ambassador in order to further invite students into conversations about what we can do to prevent sexual assault. I believe that if change is to occur, all students need to be able to talk about rape culture on campus, and It’s On Us gives students the tools and space to do so.”

Learn more about the efforts led by Gettysburg College’s Office of Sexual Respect and Title IX. 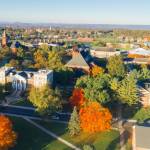 Gratitude and celebration: Gettysburg College community comes together for Class of 2020 Commencement 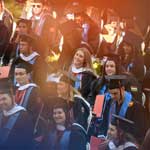