A calling and career at NASA: Sara Freed ’18, a moon orbiter commander

Imagine sending commands to a spacecraft as it orbits the Moon. Now, imagine having to schedule those commands in tight windows of time. That’s the job of Sara Freed ’18 as spacecraft operations lead at the NASA Goddard Space Flight Center in Greenbelt, Maryland.

Freed, a New York native who majored in computer science at Gettysburg College, works on a rotation with four other people who send command loads to NASA’s Lunar Reconnaissance Orbiter, a robotic spacecraft currently orbiting the Moon collecting data that is essential for planning NASA’s future human and robotic missions to the Moon. For one week every month, Freed is the individual responsible for sending command loads to the orbiter and communicating with it during the short periods of time when it can connect with a station on the ground.

“We do a lot of different activities during real time contacts, like instrument calibrations and station keeping maneuvers to decrease our momentum,” Freed explained. “As an operations lead, I have to make the call on when it’s OK to run these different procedures, and how we’re going to respond if there are errors coming from the spacecraft or ground station. It’s really fun to be the person sending the commands. Because we have limited contacts with the spacecraft, we have to try to fit everything we need to do for the day into whatever contacts we have, which makes it more challenging and exciting. Every day is different.”

Today, Freed’s family lovingly refers to her as a “computer nerd.” However, prior to attending Gettysburg, she had never taken a computer science course.

“That’s the value of a liberal arts education,” said Freed, who also minored in Spanish. “You get exposed to things you probably wouldn’t have otherwise.”

As a result of her exposure to coding in Introduction to Computing 103 and encouragement from recently retired Computer Science Prof. Charles Kann to pursue the field, Freed found her calling and a career she loves at NASA.

While computer science and coding are central to Freed’s job every day, project management is also critical. This is a skill that Freed said she developed at Gettysburg during her senior computer science capstone project.

“The capstone exposed me to working successfully in a group toward a shared goal and being the person in charge of making sure all these different tasks get done, which is what I do all the time at NASA,” she said.

Gettysburg has a history of alumni joining NASA. In fact, Freed was introduced to NASA by her roommate, physics major and math minor Sabrina Marell ’18, who works on The Joint Polar Satellite System (JPSS), which is a weather satellite.

“I was introduced to NASA through Sabrina,” Freed said. “She connected with NASA through someone on her track team at Gettysburg whose brother works there, and I know a few other people who have joined NASA as a result of the Gettysburg Network!”

When asked what makes Gettysburg College special, Freed replied, “It’s absolutely the strength of its community.”

Learn how the powerful Gettysburg Network connects its students to their callings and careers.

Seth Statler ’83: Cultivating a seed of service in himself and others 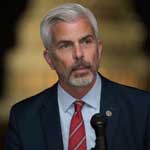 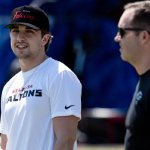 Kimberley Crandall Paris ’90 ‘speaks for the trees’ in sustainable investing 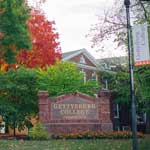 X-SIG: A community of cross-disciplinary researchers 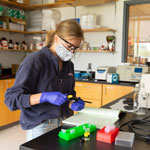