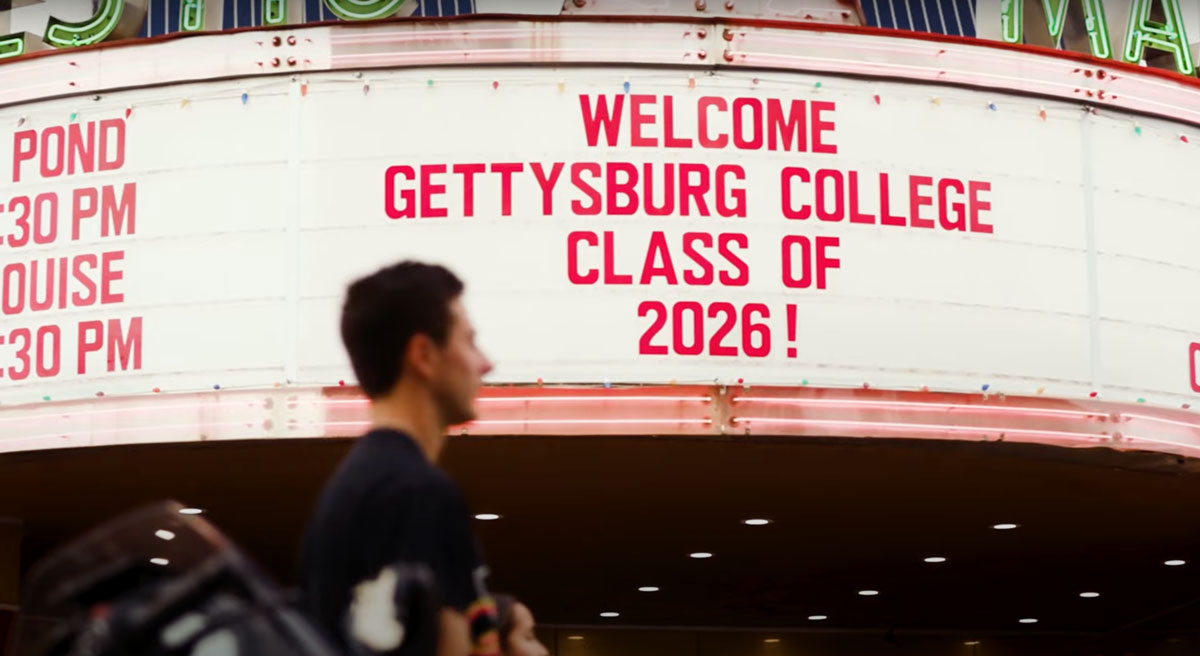 Together, the Class of 2026 and members of the Gettysburg College community walked with a sense of purpose through the streets of Gettysburg toward the hallowed grounds of the battlefield as part of the treasured First-Year Walk tradition on Aug. 25.

Since 2003, the First-Year Walk has served as a staple of Orientation for the incoming class. Nearly two decades after its start, the event provides incoming students an early opportunity to engage with the surrounding community as they walk toward the Gettysburg National Cemetery. Near the final resting place for thousands of soldiers from the Civil War and other conflicts, they hear President’s Abraham Lincoln’s immortal Gettysburg Address and reflect upon his words to take up the unfinished work.

“Traditions encourage us to look back, to remember,” said Gettysburg College President Bob Iuliano. “They mark time and place. But they are also a statement of who we are as a community and who we want to be.”

President Iuliano and Anne Ehrlich, vice president of College Life and dean of students, welcomed the Class of 2026 inside Christ Chapel, which sits just a few hundred yards from the iconic Pennsylvania Hall. On July 1, 1863, the Pennsylvania Hall Cupola became a lookout and its halls became a hospital for wounded soldiers from both sides of the battle.

As the Class of 2026 emerged from the chapel and moved south through town, they were greeted by cheers and applause from their fellow Gettysburgians. Music filled the air and T-shirts were tossed by townspeople and business owners in celebration of the newest class.

The route taken by the students mirrored the same path used on Nov. 19, 1863, when members of the College and surrounding community walked together to hear Lincoln’s speech as part of the dedication of the National Cemetery. Along the way, the Class of 2026 passed the David Wills House, where Lincoln stayed prior to the dedication. It was David Wills, Class of 1851, who invited Lincoln to give “a few appropriate remarks” on that momentous day.

As they neared the spot where Lincoln addressed the eager onlookers 159 years ago, the first-year class gathered next to the Leister Farm, the site of Union General George Meade’s headquarters during the battle. Lining the horizon to the south stood Little Round Top, where Colonel Joshua Chamberlain famously led a charge with the 20th Maine Regiment, and its taller, rockier counterpart Big Round Top, which was used as a signal station by the Union Army. The towering edifice of the Pennsylvania Monument could be seen in the distance, with the silent sentinel of Winged Victory looking out across the fields from her perch.

Growing up in Gettysburg, Mayor Rita Frealing was advised by her teachers to stop and look out the window at the historical significance of her surroundings. She instructed the members of the Class of 2026 to do the same as she welcomed them to their new community. Frealing also continued the tradition of bestowing the Key of Gettysburg to an outstanding member of the first-year class. This year the honor went to Gettysburg High School graduate Tiger Frenette ’26.

Surrounded by the shadows of history, the Class of 2026 listened intently as Kermit O. Paxton and Renee A. Paxton Endowed Teaching Chair and English Prof. McKinley Melton recited the Gettysburg Address and reflected on the meaning behind Lincoln’s 272 impactful words.

“Now that you have come to this place, consider how you can be agents of transformational change while you are here—to leave it differently than how you found it, to add layers to the meaning that this hallowed ground has held for so many before you, to be felt in the experience of those who come in your wake,” said Melton.

As the sunlight faded on the western horizon, retired United States Air Force veteran and bugler Jari Villanueva captured the emotion of the moment by playing “Taps” to the captivated crowd. As the newest Gettysburgians left the battlefield site and made their way through the National Cemetery and streets of Gettysburg back to campus, they reflected on their own path forward, and the great work they will pursue at Gettysburg College and beyond to shape our nation and the world.

“Gettysburg is a place that will be your home for the next four years,” Melton said. “Make what you do here matter, and do so with purpose. Determine a purpose that is worthy of its pursuit and do so with bravery, honor, and a clear sense of devotion to the values and principles of which you and those who will one day celebrate you can be proud.”

Read more about the First-Year Walk and other time-honored traditions at Gettysburg College. 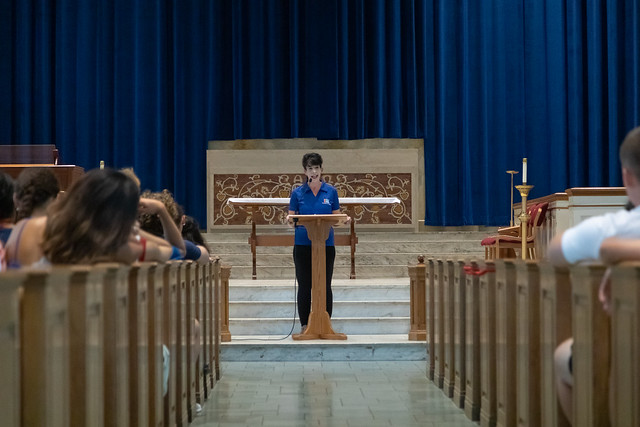