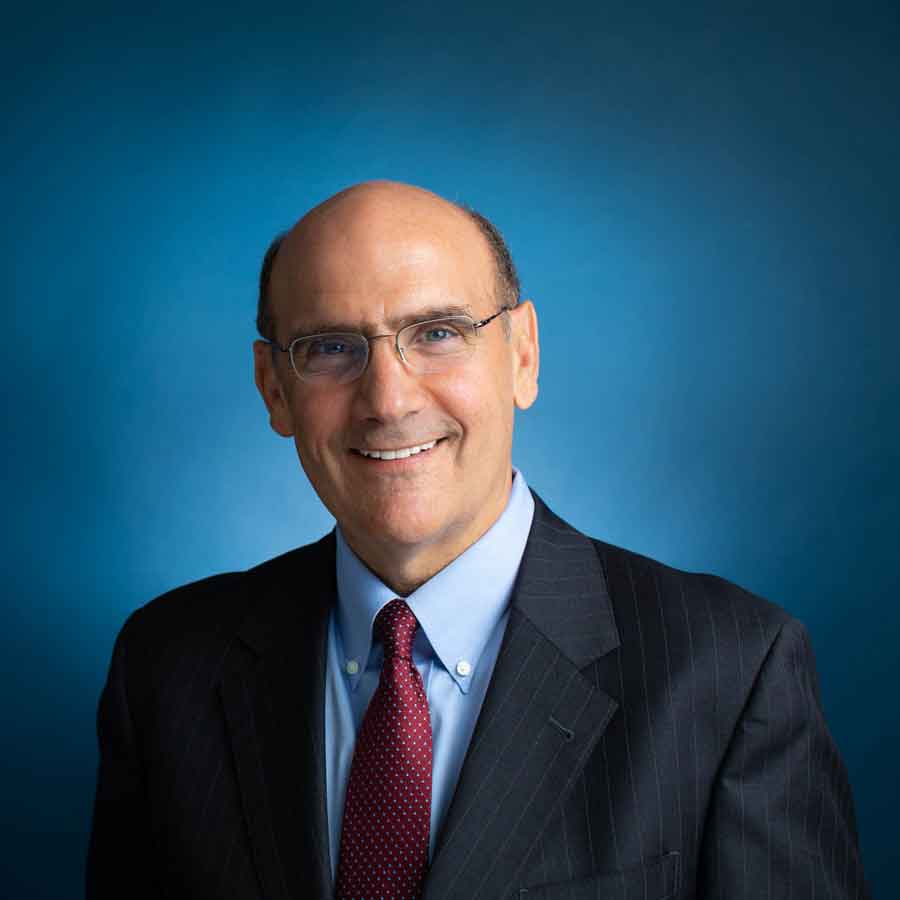 Robert W. Iuliano was appointed the 15th president of Gettysburg College in 2019.

A native of Watertown, Mass., Iuliano has dedicated nearly his entire professional life to higher education, most recently as Deputy to the President, Senior Vice President and General Counsel at Harvard University, and as a lecturer at Harvard College and the Harvard Graduate School of Education.

Recognized broadly at Harvard as a leader of the highest integrity, Iuliano helped to define and advance Harvard’s institutional priorities. For more than two decades, he was deeply involved in issues fundamental to higher education leadership, including admissions, student life, athletics, governance, finance, and philanthropy.

Coupled with his years of undergraduate and graduate teaching and his love for and interest in the classroom experience, Iuliano was actively engaged in Harvard’s approach to online and related forms of learning, including the formation of edX with MIT, and its Harvard-based sibling, HarvardX. In addition, he was instrumental in initiating governance changes enhancing the educational, research, and academic mission of Harvard, which represented the first changes to Harvard’s senior board since its formation by charter in 1650.

During his tenure, Iuliano developed an intricate understanding of Harvard’s financial infrastructure, collaborating with university leadership on issues such as tuition, financial aid, endowment distribution, debt and liquidity, while directly managing a considerable annual budget. Likewise, he participated in the university’s fundraising efforts, partnering with Harvard’s development team to consider philanthropic opportunities and strategies, engage donors on gift negotiations and stewardship issues, and provide counsel for Harvard’s now-completed capital campaign.

A trusted voice on critical matters facing the university, Iuliano exhibited an unwavering commitment to diversity and inclusion throughout his career. At Harvard, he was responsible for articulating the university’s position on student body diversity and its admissions processes—a topic that has gained national attention. He partnered with Harvard President Emerita Drew Gilpin Faust to charge and compose a university-wide committee on belonging and inclusion. Similarly, in 2015, he helped convene a cross-disciplinary committee of tenured faculty that worked for over two academic years to restate and reaffirm the faculty’s commitment to student body diversity and its importance to Harvard’s pedagogy and mission.

Iuliano is a graduate of Harvard College and the University of Virginia School of Law, where he served as Editor-in-Chief of the Virginia Law Review, was a member of the Order of the Coif, and received the Earle K. Shaw Award as the outstanding labor relations student. After clerking for the Honorable Levin H. Campbell of the United States Court of Appeals for the First Circuit, he worked in the labor and litigation departments of the Boston law firm Choate, Hall & Stewart. Subsequently, he was a federal prosecutor in the United States Attorney’s Office in Boston.

Iuliano has been married to his wife and life partner, Susan Iuliano, for over 30 years. They have two sons: Jeff, who is pursuing a PhD in astrophysics at Johns Hopkins University; and Ben, who recently received his undergraduate degree in comparative religion and landed his dream job working for a video game company.

In his free time, Iuliano enjoys running, ideally training for a race; trying to improve his skills as an amateur photographer; traveling; visiting with family and friends; and reading, most likely in history or science.