The land they just saw thriving is being threatened—because the Amazon is ablaze.

Wildfires began sweeping the Brazilian jungles in August, and continued in Bolivia.

Manu National Park—known for its rich diversity and serving as home to hundreds of species, including birds, fish, amphibians, and reptiles, in the southeast of Peru—could be affected next.

“We were just in the Amazon and all of a sudden there were these raging fires,” biology major Ellie Vickers ’20 said. “It’s crazy to think that something that devastating can happen so quickly.” 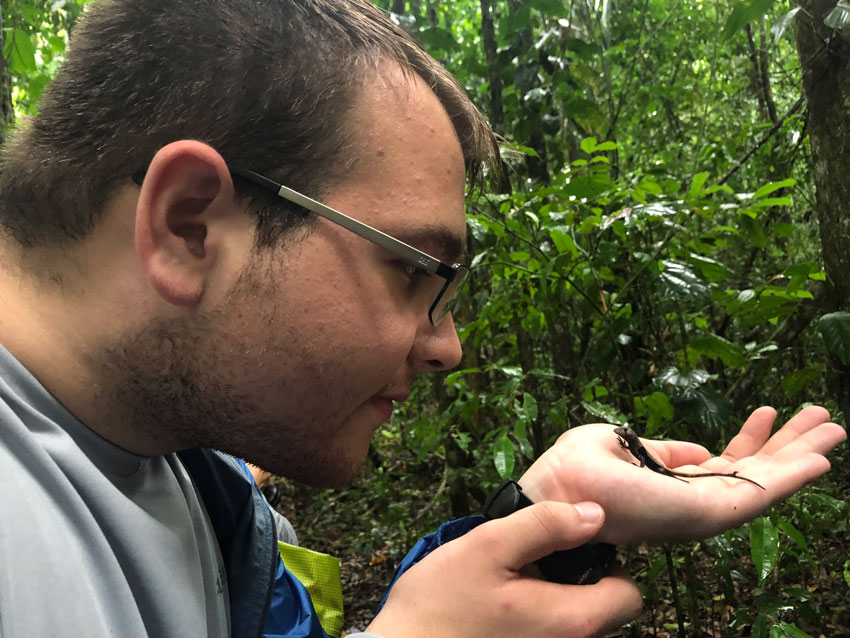 Vickers, along with Trillo and her classmates, want to help make the world understand the environmental significance of these fires, starting at Gettysburg College.

“Communicating is really important, so if that is what you plan to do, do it with passion,” Trillo explained to her class, both current students and recent graduates, who traveled to campus at the start of the fall semester to discuss the topic. “Not all of us can go to the Amazon, but the ones that come back have to go out and spread the word, and then make a difference.”

Together, they made it their personal mission to raise awareness back home, but they pondered the possibilities given the drastic rise of carbon dioxide in the atmosphere due to deforestation.

“The Amazon is an incredibly important ecosystem for the planet because it stores carbon and it can also function as a carbon sink,” Trillo said. “Aside from the Ocean, there is no other place on Earth that might be as important for curtailing carbon emissions.”

When trees burn, the carbon they store is released back into the atmosphere. All plants take in carbon dioxide and release oxygen during photosynthesis, and then complete the opposite process, also known as respiration. However, the cutting and burning of forests cause the net amount of carbon dioxide in the atmosphere to increase immensely.

Currently, due to the recent fires, BBC News reported the atmosphere has 228 megatons of carbon dioxide, which marks the highest it’s been since 2010.

“There’s a release of carbon dioxide into the atmosphere that is already changing parts of South America—and it will likely change the rest of the planet,” Trillo explained. 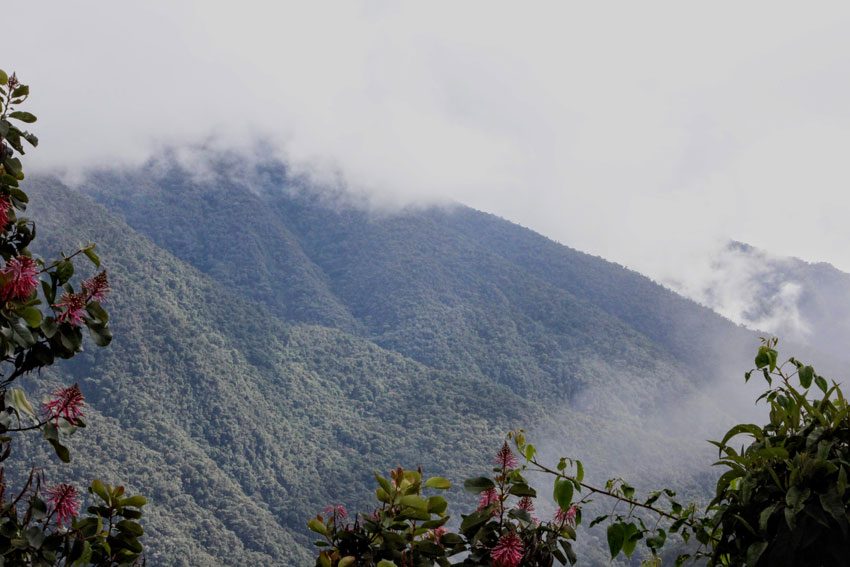 “No matter how many trees we plant in the temperate zones, we’re not going to be able to preserve or bring back those species that we’re losing in the Amazon,” biology and mathematics double major Lindsey Ukishima ’20 said.

“It would take multiple new trees to even equal one of the trees lost in the fire because any new trees planted would take time to reach mature size—time that this planet doesn’t have at the rate we are spewing carbon into the atmosphere,” said Samantha Pfeffer ’19, who majored in environmental studies. “The solution can’t only be to plant more trees, even though more trees don’t hurt. The solution is to stop the deforestation and the fires and to prevent this from ever happening again.”

According to Trillo, the amount of land deforested in Brazil in just 2018 was 7,000 square kilometers. That’s about 8,500 times the size of Gettysburg College.

“It takes just a short time to destroy several decades of work,” Trillo said. “There are possibilities for regrowth, but it will take decades to hundreds of years.” 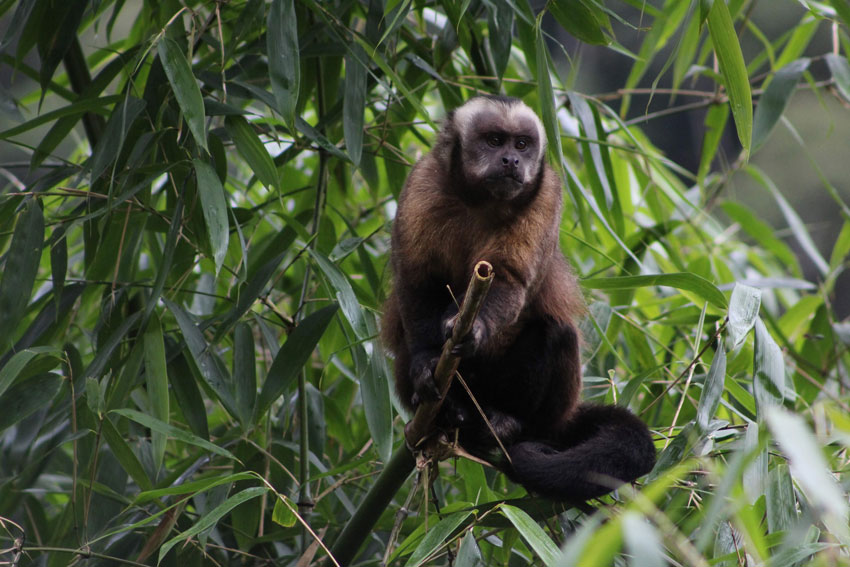 Rachel Wert ’21, who nearly quit her pursuit of a biology major before taking this course, changed her outlook after immersing herself in an ecosystem that is likely to become greatly affected by human activity.

“At one point, a classmate and I were sobbing watching a monkey climb above us because we realized, ‘How do we get people to care?’” Wert said. “I think that’s the most important thing that we can do in this situation. Educate [people]. Get them to care about something beyond themselves that they don’t have direct access to see but that impacts the life they live.”

Nine countries share the Amazon basin in South America. A majority of the rainforest is contained in Brazil, but its next largest percentage sits in Peru, including Manu National Park.

Contrary to common perception, there’s much more to a rainforest than its trees creating their own rain. 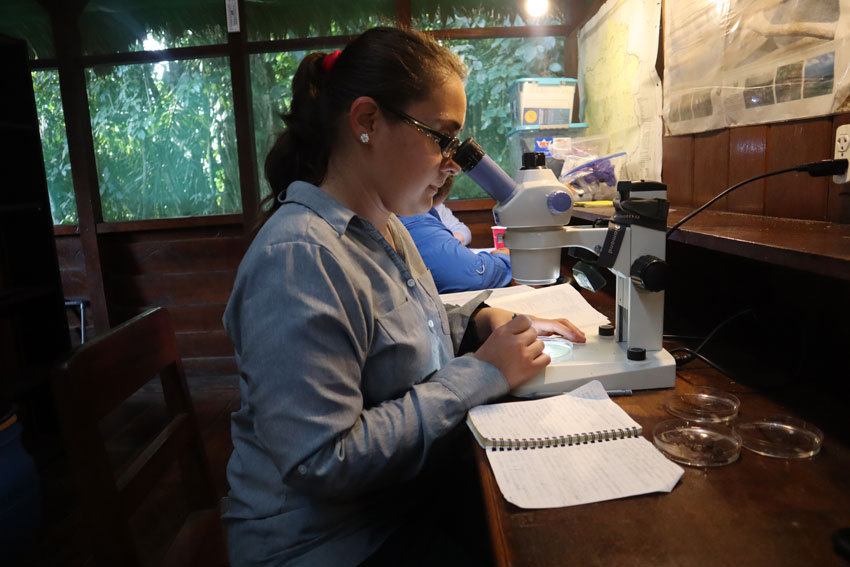 While in Peru, Trillo’s students learned about the rich biodiversity in the Amazon, observing 10 species of monkey in just one day. It is home to 40,000 plant species, 16,000 tree species, 5,600 fish species, 1,300 bird species, plus more than 430 mammals, 1,000 amphibians, and 400 reptiles, according to Mongabay, an environmental science and conservation news platform.

They also studied less commonly discussed benefits that rainforests can have, such as being primary resources for the discovery of novel medical compounds.

“I think people here just don’t understand how devastating these fires are,” environmental studies major Lidia Molina Serpas ’20 said. “There’s this idea that it’s a rainforest, it’s wet, and it’ll put out the fires. It’s not that simple.” 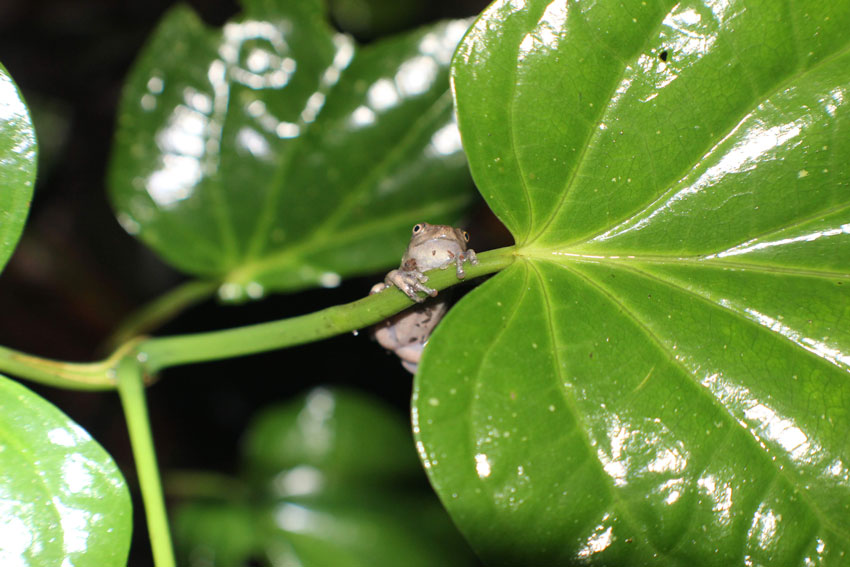 Rainforests are not adapted to fires. Once trees are cut down or set on fire due to logging or deforestation for agriculture, it affects the nearby rainforests, making them drier while also affecting the species relying on symbiotic relationships. Drier land welcomes increased wind, increased colonization of wind-dispersed seeds like those of grasses, and in turn, increased flames in the future.

“I learned in a scientific article I read for class that for every tree you cut down, about four trees around it are impacted and will probably die,” Wert said.

That’s because invasive grasses, which are susceptible to burning, outcompete former rainforest plants and cannot support the species previously inhabiting the rainforest, leading to extinction.

“We are losing everything,” said Samantha Pfeffer ’19, who majored in environmental studies. “There’s not really a way to sum up all that is being lost from these fires. … Obviously, we are losing the actual plants and trees of the forests, but with that, we are losing a critical habitat for thousands of species—large and small, beautiful and ugly, furry and scaled, discovered and undiscovered, endangered and secure. I can guarantee that at least one undiscovered species has now gone extinct due to habitat loss from the fires.” 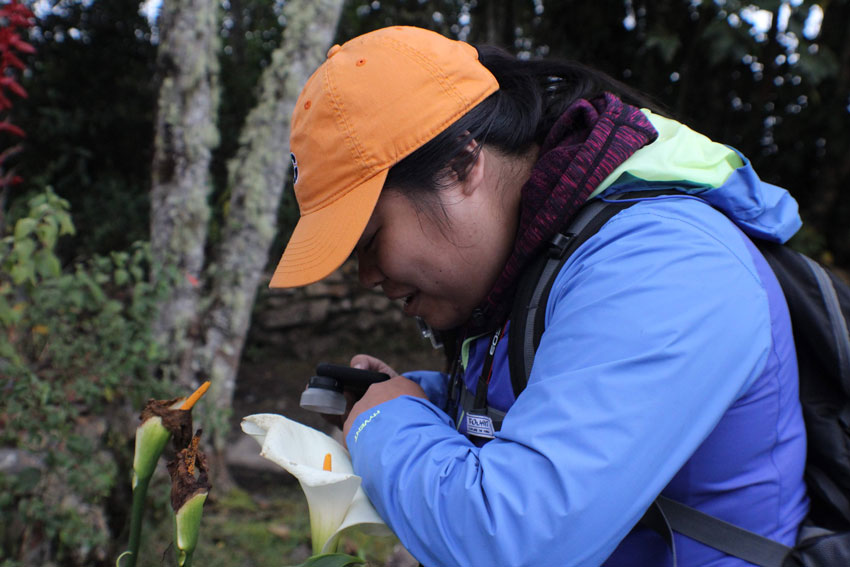 Trillo outlined the three main causes for these fires—deforestation, fire management and prevention challenges, and lastly, climate change. But climate change is not the main problem. August is typically drier than other months, but deforestation is controllable by humans on the ground.

“Learning about everything that we did—the Amazon, all the reasons why we should save it—in the classroom is one thing,” former biology major Caleb Hellman ’19 said. “It definitely changed my opinions, or my preceding thoughts of the ecosystems and why we should care as much as we should. … We have to figure out a way to make people care, even make it personal. … Not only is it medication, but, say, cosmetics or food. A lot of that is rooted in the Amazon—pun intended. But, then again, we come back to that problem where if it’s based in the Amazon, we try to exploit it, and by exploiting it, we, in turn, destroy it.”

“Adding on to that, I think that losing such large portions of the Amazon would actually have cascading effects that we can’t even predict,” said Tiffany Lam ’19, also a biology program graduate. “There are things that we’re not ready for because we don’t know everything that it’s providing for us. I also think that some people feel like the Amazon is just in the Amazon, but actually, it’s providing services globally, and it affects everyone.” 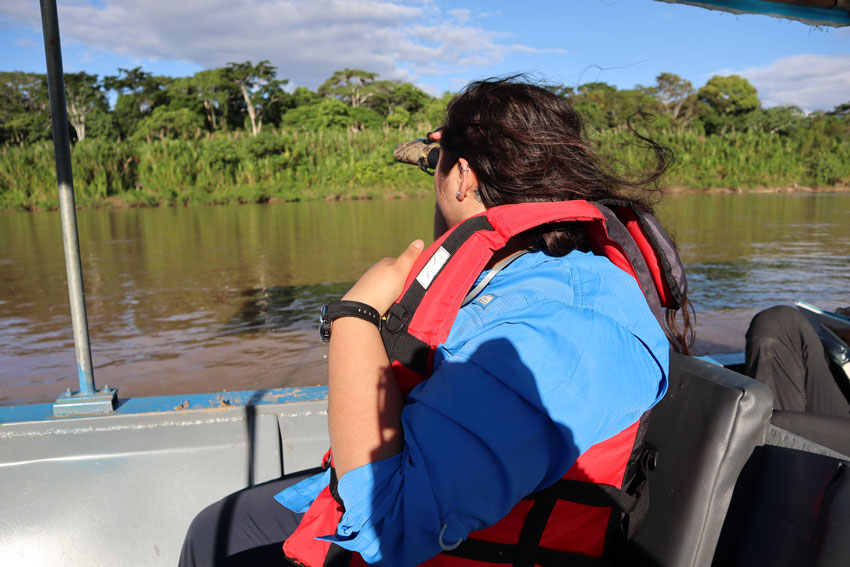 Unquestionably, the Amazon has had a lasting effect on everyone in Trillo’s class.

Since witnessing the life of the Amazon and then hearing the devastating news, Hellman wants to become a voice for conservation as he applies to medical school, Karchner, a current veterinary student, aims to reduce his ecological footprint, and Wert left the course wanting to study tropical diseases. 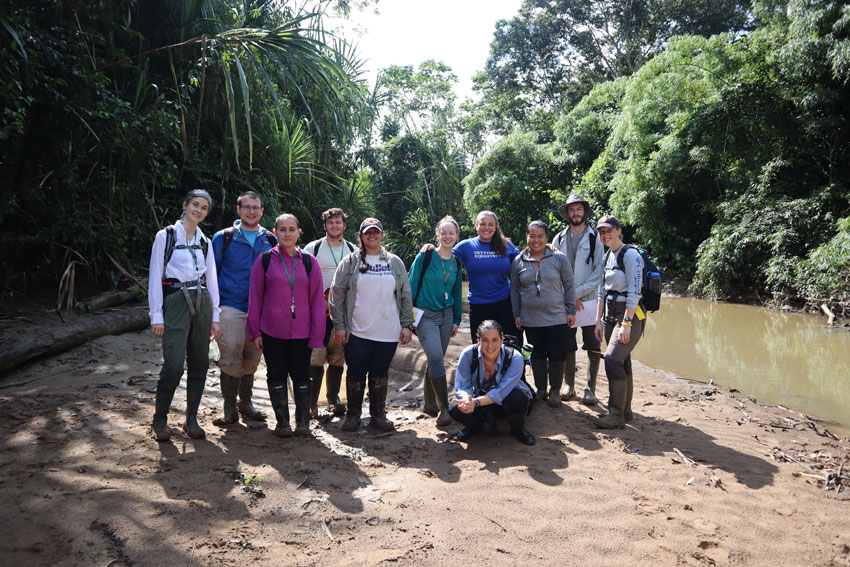 Learn more about hands-on student-faculty research here at Gettysburg College, both inside and outside of the classroom.

By Megan Miller
Photos courtesy of the class
Posted: 09/19/19