View a recording of “American Polarization: A Conversation” which took place on September 17 in Washington, D.C. 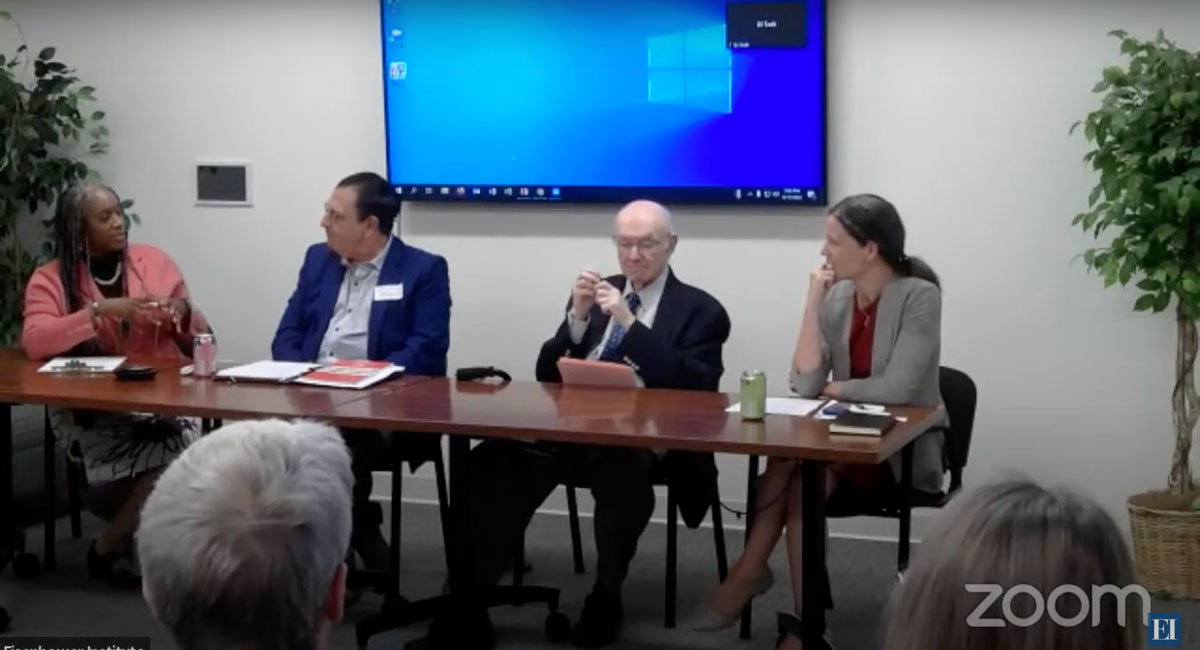 During its 2022 Democracy Week, the Eisenhower Institute at Gettysburg College hosted a panel on divisions in the United States and ways to bridge differences to bring about positive change.

Radwell launched this discussion explaining his understanding that polarization divisions should be traced back to the nation’s roots. Schneider agreed, recalling a student once asking him about the increase in divisions since the Civil War.

According to the Fragile States Index, the United States is “the most worsened country in 2021, and 2022 continued that trend,” Parker analyzed, pointing to key factors like an increase in violence and hate crimes and a decrease in trust in the government. Political campaign goals also play a role, said Parker.

“So, what do we do?” Parker asked. “We don’t just hold back the bad things from happening, but try to build enduring change.”

For Parker, that means finding ways to “interrupt violence” and to “re-establish trust” in areas like COVID-19, security sector reform, and the transparency and function of elections.

“History can act as a solution for our wounds, if only we would apply it,” Radwell added, noting the necessity of a shift in mindsets. “The equality of the quality of opportunity is fundamental.”

As part of Gettysburgians’ enduring commitment to becoming socially responsible citizens, these learning conversations serve as a forum for students to analyze and strengthen democracy. Importantly, they also offer an opportunity for students to practice meaningful discourse across ideological lines.

Learn more about the Eisenhower Institute at Gettysburg College, where finding common ground allows steps to be taken toward authentic change. With the 2022 Midterm Elections quickly approaching, these factors of respecting and celebrating difference will position us collectively as a nation to build a better future.