The planet loses 48 football fields of forest land every minute—an alarming statistic that Tara O’Shea ’10 as Director of Forest Programs at Earth-imaging company Planet is tasked with tackling.

One of Planet’s mantras is, “you can’t fix what you can’t see,” to which O’Shea adds, “and once you see it, you can’t unsee it.” Making global change visible, accessible, and actionable, Planet uses more than 150 satellites—the world’s largest constellation of Earth-observing satellites—to image the entire Earth from space every day.

Before she joined Planet five years ago, O’Shea hesitantly thought to herself: We already know climate change and deforestation are having real effects on the Earth, why do we need to measure it further? But, she quickly came to realize the power these images have in making environmental issues visible and tangible. 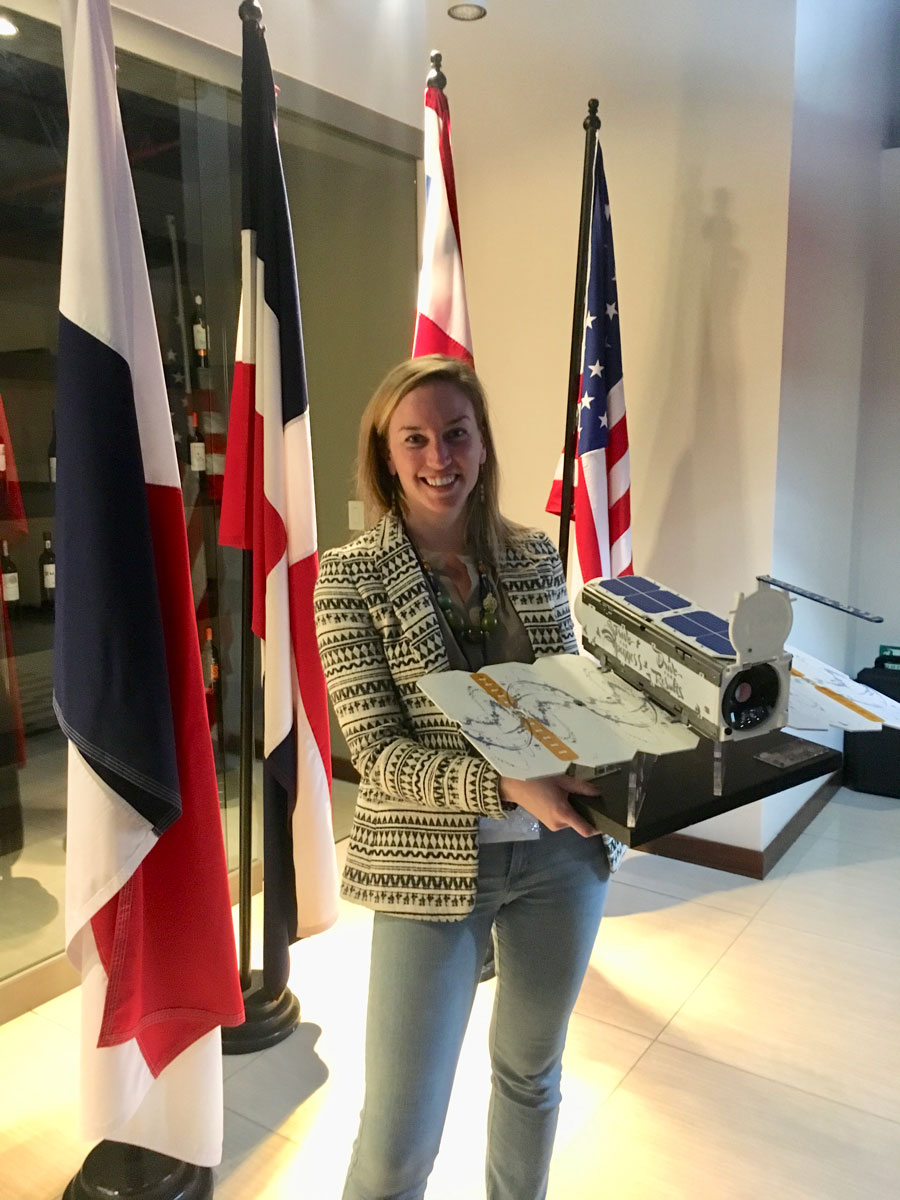 “The more I gained work experience on the ground, I realized the world still widely lacked the tools to practically and cost-effectively account for deforestation and climate change risks, whether that’s in the government or the private sector. And so, the idea of helping build data products that could do that at Planet was really exciting,” said O’Shea, who majored in environmental studies at Gettysburg College.

“When you think about deforestation, you have to understand that at the root of it is an economic incentive that says land is better used for agricultural or other commodities’ production,” O’Shea said. “And at the root of solving deforestation is helping change that incentive to say, ‘No, forests are also valuable standing.’ At Planet, we’re initiating these important conversations and accounting for the value of forests in the global economy today, and in the future.”

O’Shea’s interest in the intersection of environment and economics was first sparked during an internship she had in Nicaragua in 2008 with the Foundation for Sustainable Development (FSD), which helps reduce global poverty by enhancing the capacity of small NGOs around the world to address local health, social, environmental, and economic issues. Coordinated through the Center for Public Service, this internship experience in Nicaragua opened her eyes to the role forests play, particularly in developing countries that need to grow economically to lift their populations out of poverty, and how impactful reversing existing economic incentives could be.

She’s seeing the results of such reversals at Planet. The images they capture and distribute daily have been changing the way organizations think about their impact on the Earth. Take the Indonesian Government for example, which, with the help of Planet data sets, has been able to better conserve the country’s peatlands—a carbon-rich ecosystem that is threatened by agricultural conversion.

More broadly, O’Shea’s Gettysburg College liberal arts education prepared her to ask these important questions that exist at the center of her work and look at the world through an interdisciplinary lens. It formed her into the passionate vessel for change she is today.

“I am grateful for how interdisciplinary my education was at Gettysburg. Environmental sustainability and climate solutions are such interdisciplinary problems, and it’s really critical to have that interdisciplinary skill set in this realm of work I am in,” O’Shea said. “I was an environmental studies major, but I minored in Spanish and Latin American studies. And even though I received a bachelor of science degree, I also had to take courses in philosophy and writing and economics. I really think that Gettysburg prepared me well for that, with the sort of multi-disciplinary base of classwork and classes that I was exposed to.”

Through this interdisciplinary lens, which she continues to leverage in all aspects of her life, O’Shea sees the path forward. She sees all people, regardless of their areas of expertise, united on an issue that matters.

“I think for a long time people have thought about climate change as an environmental issue that you need to have studied environmental science or studies to contribute to. But the reality is we need all hands on deck to solve this challenge,” O’Shea said. “We can bring things like technology and things like policy to these challenges. And so, I would encourage you, no matter what you’re studying or what work you’re doing, to think about how your skill set can be valuable, because we need everything to combat climate change. We need you and what you bring to the table.”

Learn about the environmental studies department at Gettysburg College and how it teaches students to analyze complex environmental issues from a variety of disciplinary perspectives.