From mid-January to mid-February, the College received more than 40 media hits, with seven of them being national mentions. Each mention is a testament to the great work that happens here and in ripple effects across the world.

FOX43: The invention of CueTeddy

Gettysburg College Information Technology Vice President and Computer Science Prof. Rodney Tosten ’85 was featured by FOX43 News and more than a dozen other news outlets for his role in the invention of CueTeddy—a brainchild of Roger Nelson P’91, ’93. CueTeddy is a robotic interactive teddy bear that assists in the care of individuals with memory disorders, and its circuitry was created in the College’s Innovation and Creativity Lab.

Nathan Reigner ’01, who double majored in anthropology and sociology, was featured in a Philadelphia Inquirer article about his recent appointment to serve as the state’s inaugural outdoor recreation director. In this newly created role, Reigner will help identify outdoor recreation needs and coordinate between the Pennsylvania Department of Conservation and Natural Resources, private service providers, nonprofits, local and federal government agencies, recreation groups, and business leaders.

Jill Ogline Titus, associate director of the Civil War Institute and co-coordinator of the College’s public history minor, was the guest on a recent episode of Current’s “The Pub” podcast. In this episode, Titus talked about her new book, “Gettysburg 1963,” which tells the story of the centennial celebration of the Civil War in Gettysburg. Through an examination of the experiences of political leaders, civil rights activists, preservation-minded Civil War enthusiasts, and residents, Titus discussed how the town of Gettysburg continues to serve as a place where Americans work out their understanding of national identity.

Politico: ‘Don’t Pack the Court. Allow the Number of Justices to Float’

“Perhaps most crucial of all, this setup allows voters to make an informed decision at the ballot box while reducing the incentive for senators to treat the court as just another political springboard in their pursuit of reelection.”
– Prof. Scott Boddery and Benjamin Pontz ’20

The Regulatory Review: Reforming Health Care for Patients in Prison

The Regulatory Review, a publication affiliated with the Penn Program on Regulation, references recently published research by Public Policy Prof. Anne Douds, Nicholas Barrish ’22, Nicholas Fiore ’22, and a colleague from Pennsylvania State University, Harrisburg. The article explores the imprisoned and their access to healthcare, while Douds, Barrish, and Fiore’s research focused on oral care in prisons. As noted in the article, together, they recommend that prison dental care programs disseminate oral health educational material to incarcerated people and improve telehealth options.

In an op-ed for The 74, a nonprofit, non-partisan news site covering education in America, Philosophy Prof. Steven Gimbel contributes his thoughts on a Tennessee school board’s recent decision to ban the book ‘Maus’ from the eighth-grade history curriculum. Gimbel argues that this recent act of censorship “is only the latest echo from the rise of the Nazis.” “We cannot claim to not see the warnings,” Gimbel co-wrote.

Check out our recent campus happenings roundup and come back in March for the next recap of monthly media mentions. 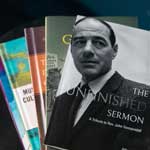 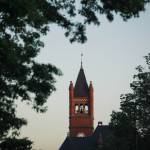