Catch up on Gettysburg College happenings in our news roundup from the Winter 2021 edition of our magazine.

When basketball legend Kobe Bryant and his daughter, Gianna, perished alongside friends and family in a devastating helicopter crash on Jan. 26, 2020, the world remembered his impact, as did Gettysburg College athletics. In 2008, Bryant took time after a Lakers game to meet with the Bullets men’s basketball team during a team trip to California. The Gettysburg College community will be forever grateful for, and will continue to treasure, this special moment.

From Book to Movie

The movie was directed by Julia Hart and starred Grace VanderWaal, who, at age 12, won NBC’s America’s Got Talent in September 2016. The musical romantic drama centers around a high school boy who becomes intrigued by a quirky student named Stargirl.

Spinelli, who graduated from Gettysburg College in 1963 and received an honorary degree from the College in 2005, was also the 184th Commencement ceremony speaker in 2019. In his address, he focused on learning how to fail—and learning how to do it well—in order to discover resilience and appreciate unexpected journeys. Read On Authenticity and Embracing Failure.

In May 2020, Denise Spivak ’88 was appointed the chief executive officer of CenterLink, a member-based coalition founded in 1994 to support the development of vibrant and viable LGBT community centers. Over the last 30 years, her career has refined her C-level expertise in talent acquisition, organizational management, and broadcast communications.

“Denise has been an integral part of what makes CenterLink so special,” said Stacie Walls, CenterLink co-chair of the board of directors. “We are thrilled to have Denise at the helm of this agency while we move through our new strategic plan and into the future of developing strong LGBT centers and leaders.”

In June 2020, Sunderman Conservatory of Music Prof. and Director of Bands Russell McCutcheon earned second place in the American Prize National Nonprofit Competitions in the Performing Arts for the 2019-2020 Conductors-Musical theater division. He was selected as a semifinalist in January 2020 for his conducting of The 25th Annual Putnam County Spelling Bee, which was performed by Gettysburg College students in the fall of 2018. Read Sunderman Prof. Russell McCutcheon named second-place winner of The American Prize in Conducting.

When Geno McDermott ’08 was ready to pursue a career in film, he reached out to College connections within the Gettysburg Network. He ultimately found his first production internship on Craigslist, which then led to a full-time position with Red Line Films.

In 2014, McDermott launched his own production company, Blackfin, and just six years later, his three- part docuseries Killer Inside: The Mind of Aaron Hernandez hit Netflix. As director of the wildly popular series, McDermott wove together a nuanced account of Hernandez’s abusive childhood, inner struggle with sexuality, ongoing conflict with his mother, and chronic traumatic encephalopathy (CTE) resulting from a history of repeated head injuries endured on the football field.

McDermott credits his liberal arts experience with teaching him how to think critically as a director of complex storytelling. Read Geno McDermott ’08 seeks truth in storytelling, Netflix docuseries.

Meghan Smith ’02, an attorney with Kahan Kerensky Capossela who majored in management at Gettysburg College, was named a recipient of the 2020 “40 Under 40” award from the Hartford Business Journal.

“I’m very proud to be among the recipients of such a prominent award,” Smith said. “This has always been a dream of mine, and I am honored to be considered by the Hartford Business Journal as a successful businesswoman and community leader.”

Smith also volunteers with the Connecticut Veterans Legal Center and sits on the board of directors for the New England Veterans Chamber of Commerce.

Hoping to shift the narrative that surrounds the Battle of Gettysburg from one of division to one of unity, honorary alumnus Karl Mattson made and distributed more than 100 lawn signs in the Gettysburg community this summer. The signs advocated for the Black Lives Matter movement and read: “This battle was fought because Black Lives Matter.” In a PennLive article, Mattson, who is a retired Gettysburg College chaplain and founder of the College’s Center for Public Service, spoke to this alternative narrative. “My feeling is that this is the nation’s most sacred place, and it should be a celebration of emancipation and freedom,” he said. Read Signs of change.

In 2020, Gettysburg College earned Leadership in Energy and Environmental Design (LEED) Gold Certification for the construction of the Janet Morgan Riggs (JMR) Student Center, a 26,000-square-foot addition to the College Union Building (CUB) that was completed in 2018. The John F. Jaeger Center for Athletics, Recreation, and Fitness was the first building on campus to receive LEED Gold Certification in 2009.

“When LEED reviews projects for certification, they consider everything in the design, from the plumbing fixtures you spec[ify] to the sustainable design of building materials and the efficiency of the mechanical systems,” said Executive Director of Facilities Planning and Management Jim Biesecker. “We strategically chose the materials that the building was constructed with. We try to look at all of our new construction projects this way.” Read JMR Student Center construction project earns LEED Gold Certification.

In December, the Garthwait Leadership Center (GLC) celebrated its 10th anniversary through a virtual event for active members of the GLC community. Endowed by Bob Garthwait Jr. ’82, the GLC has proven to be a powerful experiential education organization that pushes students to recognize their own potential and to enrich personal, group, and outdoor leadership skills.

Andy Hughes, founding director, reflects on the exponential growth of the program over the past decade: “The best leaders are the best learners,” he said. “At the GLC, we hope students leave with the self-awareness, confidence, and desire to take the knowledge and skills they’ve learned through this program and apply it to their everyday lives after graduation. They are certainly capable.”

The Phycological Society of America (PSA) recognized Dr. Craig Schneider ’70 with its highest honor in July 2020—the PSA Award of Excellence—for his lifetime of research, mentoring, and service. This award honors scientists for a record of sustained scholarly activity, including teaching and service, who have had a major impact on the field of phycology. Schneider, who majored in biology at Gettysburg College and received his PhD in botany from Duke University in 1975, is currently the Charles A. Dana Professor of Biology at Trinity College.

As music educators across the nation and around the world transitioned to remote teaching last year, our music education students stepped forward. Under the guidance of Sunderman Conservatory of Music Prof. Brent Talbot, they created and launched the Finding Music Resources website, specifically designed to aid teachers adapting to the digital space.

Launched in 2014, Burgburst, an annual, student-led cultural event at Gettysburg College, won the National Association for Campus Activities’ (NACA) 2020 Outstanding Diversity Achievement Award for a campus program. Featuring food and performances from around the world, the event brings students, faculty, and community members of all races, cultures, and interests together to celebrate diversity.

“In addition to the event itself, Burgburst fosters genuine intercultural friendships by allowing students of diverse backgrounds to work together,” Director of International Student Services Brad Lancaster said. “In my opinion, this is Burgburst’s greatest strength. These friendships continue to benefit our students and campus culture well after the event is over.” Read Burgburst wins national award for cultivating a diverse campus culture.

The Innovation and Creativity Lab named Josh Wagner its new manager in January 2020. As the COVID-19 pandemic unfolded, his immediate response was to help protect the health and safety of our frontline workers. The Innovation and Creativity Lab dedicated its 3D printers to creating face shields and tension relief bands for health care workers and first responders in Pennsylvania.

Since the pandemic started, the lab has produced and donated more than 2,000 face shields for various organizations and members of campus, including WellSpan, Adams County Emergency Services, the Dine Nation tribe, local poll workers for primary elections, the Gettysburg Area School District, and Gettysburg College health services, biology, and chemistry departments, as well as many other faculty, students, and staff on campus.

English Prof. Chris Fee and student contributors were honored in June 2020 by the Library Journal as their book, Conspiracies and Conspiracy Theories in American History, was named one of 2019’s top-referenced publications. Interpretative essays and factual accounts regarding unsupported theories around topics from the stock market crash of 1929 to the mafia and Illuminati highlight how current conspiracy thinking has developed over generations.

In February 2020, the American Astronomical Society (AAS) elected Physics Prof. Emeritus Laurence Marschall as a member of the inaugural Class of Legacy AAS Fellows. The AAS, a leading astronomy organization in North America, recognizes fellows for their contributions to astronomy in service, research and publication, and education.

Marschall taught courses in astronomy and physics in the physics department at Gettysburg College for 43 years before retiring in 2014.

“Larry epitomizes the teacher-scholar and the type of work we do in the Gettysburg College physics department—innovative science supported by a strong backbone of liberal arts education,” said Physics Prof. Bret Crawford, who now chairs the department. Read Laurence Marschall named Legacy AAS Fellow for excellence in astronomy.

On Aug. 1, 2020, historian Jim Downs was appointed to the Gilder Lehrman National Endowment for the Humanities Professorship of Civil War Era Studies. He is the author of Sick From Freedom: African-American Illness and Suffering During the Civil War and Reconstruction, which examines the unexpected medical consequences of emancipation, and a coeditor of Beyond Freedom: Disrupting the History of Emancipation. His other works include Stand by Me: The Forgotten History of Gay Liberation, a history of gay life in the 1970s, and Connexions: Histories of Race and Sex in North America.

The recent merger of the Civil War Institute and the Civil War Era Studies program, coupled with the addition of Downs to the faculty, has positioned Gettysburg College as one of the leading centers of public interpretation, student internship and fellowship programs, digital scholarship, teaching, and academic research on the Civil War era and its continued resonance in contemporary American society. Read Welcoming Jim Downs.

Datcher currently serves as the chief customer officer at the Clorox Company and as a member of The Clorox Foundation Board. EBONY also cited Datcher’s work on the board of the East Oakland Youth Development Center as a contributing factor to his selection for the award. Datcher, a former political science major, is also a member of Gettysburg College’s Board of Trustees, where he chairs the diversity and inclusion subcommittee.

Hear Datcher speak with President bob Iuliano in episode 9 of our Conversations Beneath the Cupola podcast about how a liberal arts education provided him with a purposeful foundation for a successful career. Read Troy Datcher ’90 named 2020 EBONY Power 100 honoree. 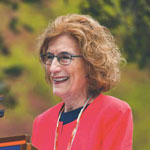 What makes a great binge-worthy mystery? 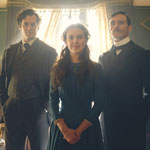 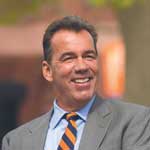 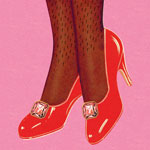