Paying it forward from California to Gettysburg

Growing up in San Diego, Kevin Benavente ’20 viewed the college search process as an opportunity to not only explore his existing academic interests, but also to venture beyond the state lines of California.

Knowing he wanted to delve into different cultures and diverse perspectives, Benavente narrowed his search to several private liberal arts colleges. Thanks to a college fair, Gettysburg College—which is more than 2,500 miles away from his hometown—was put on the map. Then in 2016, a visit to campus on Get Acquainted Day helped him land on his home away from home. 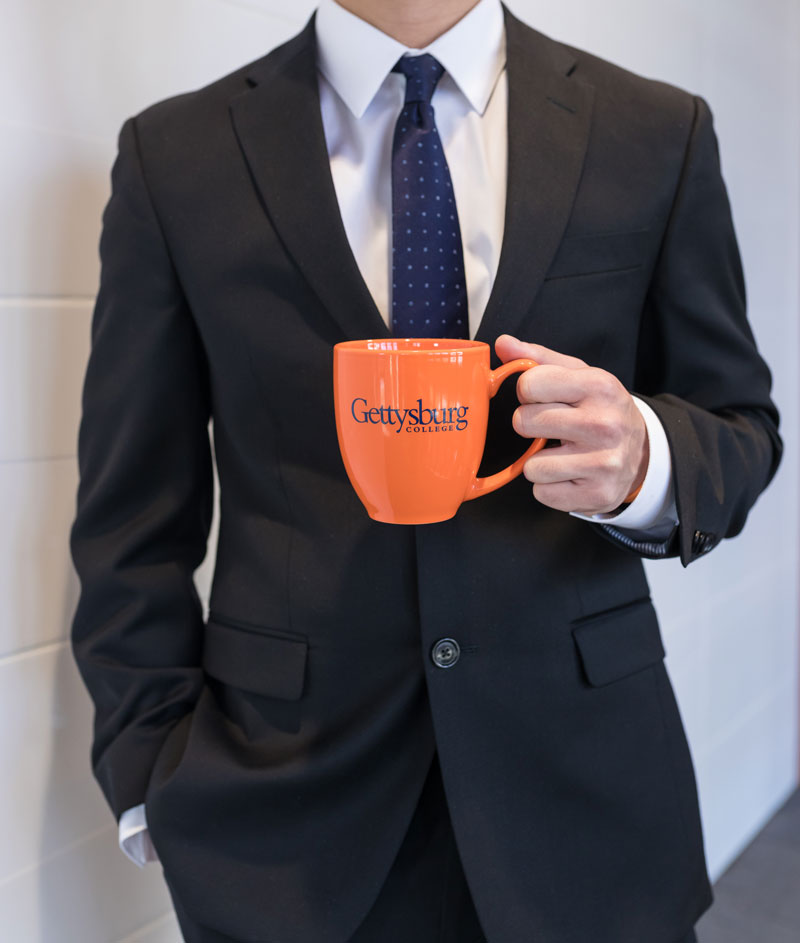 When his orange and blue acceptance letter arrived in the mail, the possibility of coming to Gettysburg College became more real. He began researching the College’s academic programs—particularly the mathematical economics major, which he didn’t find at many other schools—and contacted the head football coach to pursue playing the sport he loved at the college level.

While the academic and athletic opportunities at Gettysburg College were both appealing to him, the strong sense of community and the passionate people he came face-to-face with on campus stood out the most.

“Going to school so far from home was a huge decision for me and my family, and I knew I had to go somewhere where I could really envision myself growing as a person,” Benavente said. “Every person I met at Gettysburg was so passionate about what they did and seemed so genuinely happy to be here. It was an atmosphere that I really wanted to be a part of.”

Beyond adjusting to subtle cultural differences between the West and East Coasts and the seasonal weather, Benavente seamlessly transitioned to life at Gettysburg College. During his first semester, he formed a strong foundation of supportive friends through football, and once he perfected the balance between his athletics schedule and double majoring in mathematics and mathematical economics, he found other ways to get involved. 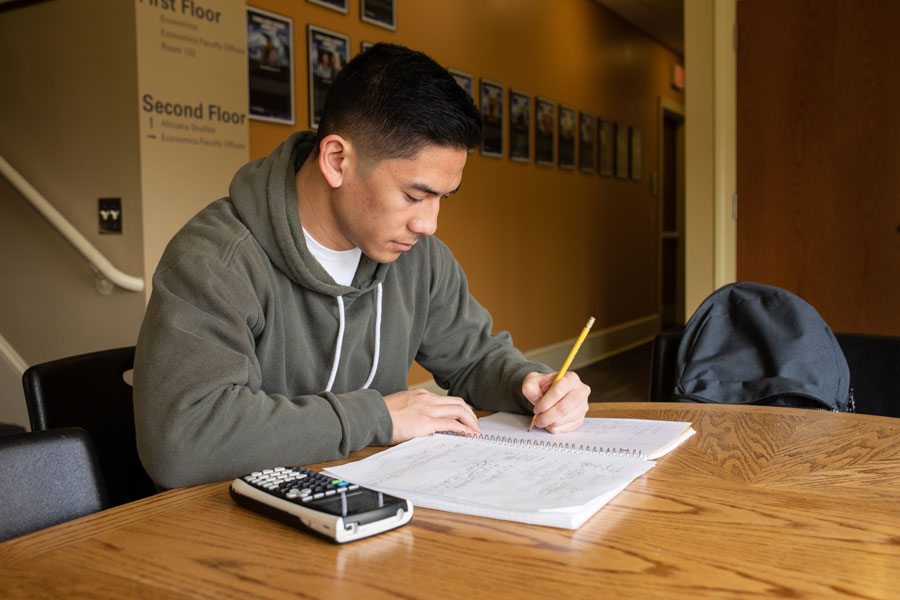 He became a peer learning associate (PLA) for the economics department, a public address announcer for the men’s and women's basketball teams, a community advisor (CA) for the Office of Residential and First Year-Programs, and a campus tour guide.

Moving from the West Coast to the East Coast for college 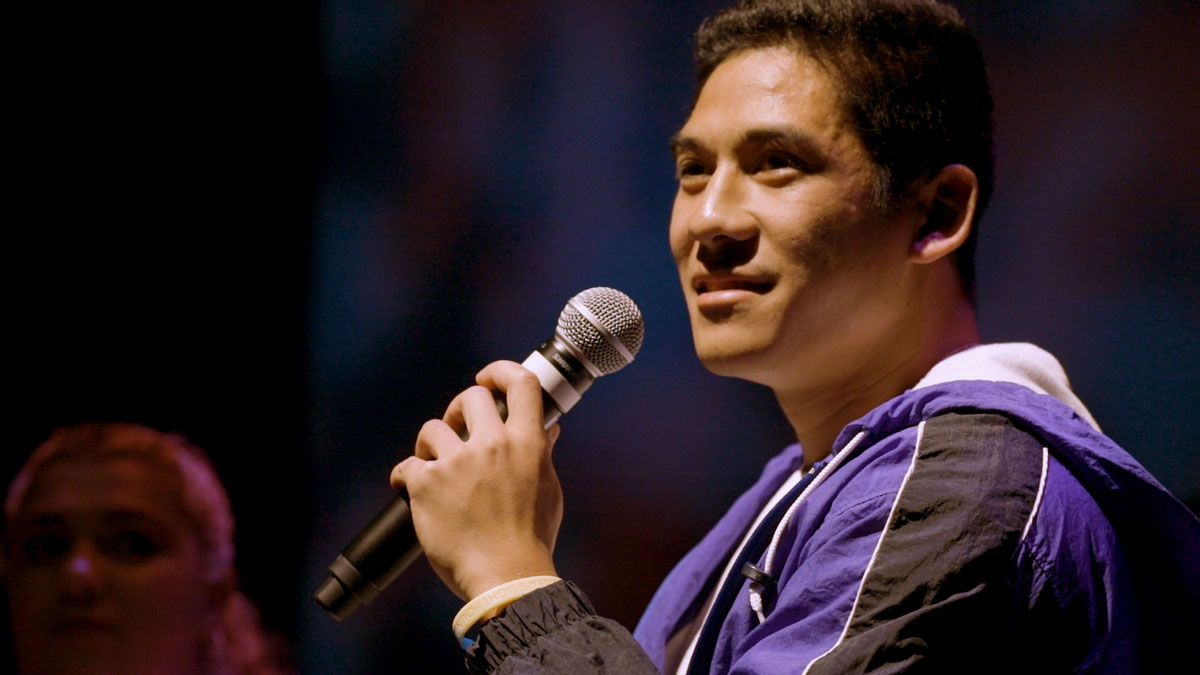 As a result of being so involved on campus, Benavente has networked and formed lasting connections with peers and professors, like Economics Lecturer and Entrepreneurship and Social Innovation Initiative (E-SII) Entrepreneur-in-Residence Drew Murphy ’84. With Murphy’s guidance, Benavente secured an investment fellowship with asset management company T. Rowe Price, months before graduation.

He first learned about the T. Rowe Price Investment Fellowship through his friend Kevin Klassen ’19, who is one of several Gettysburg College alums that have been accepted into this two-year, expertise-building program. After speaking with T. Rowe Price representatives about the fellowship at a job and internship fair on campus, attending an information session hosted by the Center for Career Engagement, and meeting with a recruiter, he turned to Murphy.

In speaking with his former students who are employed at T. Rowe Price, Murphy strongly advocated for Benavente as a reference and prepared him for the interview process. On the day of the in-person interview, Benavente was pleasantly surprised to learn that three of his many interviewers were Gettysburg graduates. Sharing a common bond, those fellow Gettysburgians were then able to attest to the quality of a Gettysburg College education as he spoke about his courses and experiences.

“Being offered and accepting the job at T. Rowe Price is truly a culmination of my journey here at Gettysburg College—all my hard work, the time I invested in my education, and the connections I formed,” Benavente said. “I feel such a deep sense of gratitude toward Gettysburg for making me feel welcomed from the very beginning and preparing me so well for opportunities like this. It will always be home for me. There’s no doubt about that.”

Learn more about how the Gettysburg Network, comprised of more than 30,000 alumni across the world, empowers Gettysburgians to pursue their passions and be trailblazers for the future.