Coping with homesickness may be a challenge for some first-year students. But Hana Huskic ’22 discovered a scholarly community at Gettysburg College that allowed her to link activism efforts related to her home in Bosnia and Herzegovina with her academic pursuits of an individualized major in linguistic anthropology.

Combining her interests in anthropology, political science, and women, gender, and sexuality studies (WGS), Huskic planned a research project to head home to document and participate in the first-ever gay pride march in Sarajevo, the capital of Bosnia-Herzegovina, on September 8. It drew more than 3,000 participants, including ambassadors of several countries. She also covered the protest the day prior to the march and will present her research on November 7 in the Science Center. This trip was sponsored by the Susan Garrison ’74 Fund and the WGS program.

How did you incorporate your identity into your studies at Gettysburg?

“The first semester was rough because I felt dissociated from my home and political issues in Bosnia and Herzegovina. That’s why I tried to connect activism with academics. For example, a feminist and LGBTQ+ organization, Sarajevo Open Centre, that I worked with during my gap year is one of the organizers of the first pride protest in Sarajevo. Together with Theatre Arts and Women, Gender, and Sexuality Studies Prof. Susan Russell, Anthropology Prof. Amy Evrard, and Political Science Prof. Douglas Page, I worked on designing research to go home for pride, document it, and later on hope to publish a paper. That way, I will be able to incorporate my research outside the classroom in a lot of my work at Gettysburg.”

You gave a presentation in Evrard’s class, “Anthropology of Violence and Conflict,” about Sarajevo under siege, the Bosnian war in the early ’90s, and art created during that time. How do you feel connected to this topic? 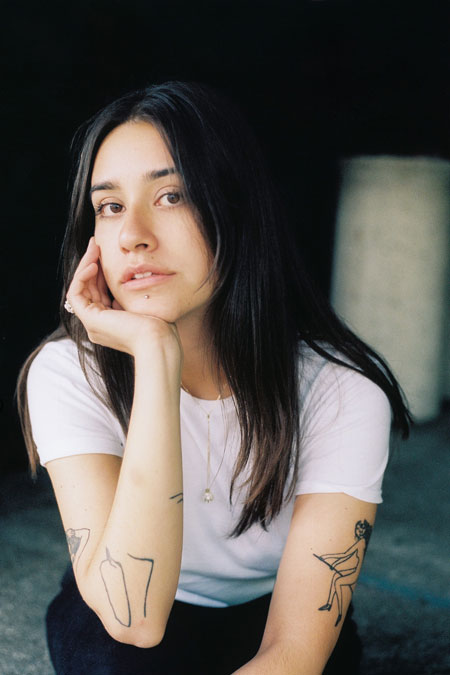 “This is a very personal topic to me, so it was emotionally draining to organize and then present in front of the class. People can often be insensitive with their questions and expect sensationalized stories forgetting that actual people were killed, a genocide happened, and a whole country is completely socio-economically influenced by it even 25 years after the war. However, the students in Prof. Evrard’s class were critical and engaged in a quality discussion. It was interesting seeing how stories can influence people and make them rethink their own perceptions of justice. It was very clear that unfortunately the violence, and specifically the genocide in Srebrenica that keeps being denied, isn’t unique to the war in the ’90s.”

How have your experiences helped improve your understanding of the English language?

“I was bombarded with English through media since I was little, but I learned it by watching and reading Harry Potter. The novels were my favorite growing up, so I read Bosnian and English editions side by side, and by the end of the book seven, I was fluent—or so I like to think!

“Gettysburg put me in a completely new environment, where English is everywhere. My professors have been great at giving me constructive feedback on my use of grammar and sentence structure. Also, my First-Year Seminar, ‘Shakespeare’s Sisters’ by English Prof. Suzanne Flynn is still my favorite class I took in my first year. I signed up for it sure of three things: (1) I’m a feminist (2) who reads a lot of literature by women, and (3) wants to make analytical and creative writing her career. Yet, from the first day onward, I was constantly out of my comfort zone while doing something I was so passionate about. I had to learn how to speak my mind in a room full of incredible women—who were, objectively speaking, so much more eloquent than me—take criticism for my writing and not take it personally, and read in English and realize I’m not so good at it after all.

“The discomfort was so real, yet I could feel I was learning so much with every new class. That’s why the most important thing I’ve gained in this class was confidence in both writing and speaking, but in a safe space that was challenging as never before.”

How would you describe the Gettysburg community?

“There are some incredible people here. Perhaps it was because it was so hard to adapt that I met extraordinary people who are constantly my motivation and inspiration. I’m so honored to have friends like them. The lives they lead and the context of the community in Gettysburg made them one of the strongest and I’d dare to say, revolutionary young people I’ve met. I can’t wait to grow with them and see us use the resources this school gives us.”

Gettysburg College welcomes students from around the world who bring an exciting perspective to campus. Discover how you can mold your passions into an individualized major here. 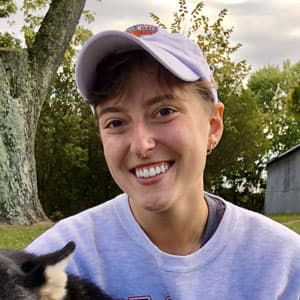