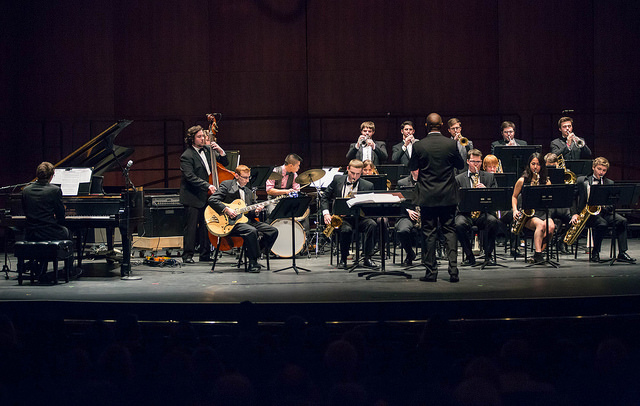 The Jazz Ensemble was reborn in 1989 after an absence of five years. 16-19 students are selected by audition to study myriad styles of jazz encompassing swing, Latin, fusion, bop, and the American Songbook. The Jazz Ensemble has toured Europe numerous times during the past three decades; in 1993, 1997, 2002, 2008, 2011, and 2015 with performances at the Montreux, Vienné, Jazz a Juan, Istanbul, and North Sea Jazz Festivals as well as presenting concerts in Amsterdam, Paris, Bruges, Heidelberg, Athens, Istanbul, and Venice. The ensemble has now traveled over 10,000 miles and performed 30 concerts in Europe. The Ensemble has opened for Ray Brown and Phil Woods and performed with such world-renowned soloists as Paquito D’Rivera, the Boston Brass, Denis DiBlasio, Lew Soloff, Graham Breedlove, Lewis Nash, Carmen Bradford, Hector Martignon, and Delfeayo Marsalis. The GCJE is proud to have performed as part of Howard University’s 2017 celebration of jazz. The Jazz Ensemble most recently performed as a featured group at the 2017 Mid-Atlantic Jazz Festival in Rockville, Maryland.

Jazz has been an integral part of musical life on campus for three decades. Students with an interest in jazz can live in The Blue Note House and be a member of The Jazz Appreciation Society, sponsors of an annual swing dance and other jazz related activities.

A combo, Jazz Dispatch, private improvisation lessons, and two jazz history courses are also part of the jazz curriculum. Students may elect to earn a B.A. in Music degree and focus on jazz through carefully structured elective choices. 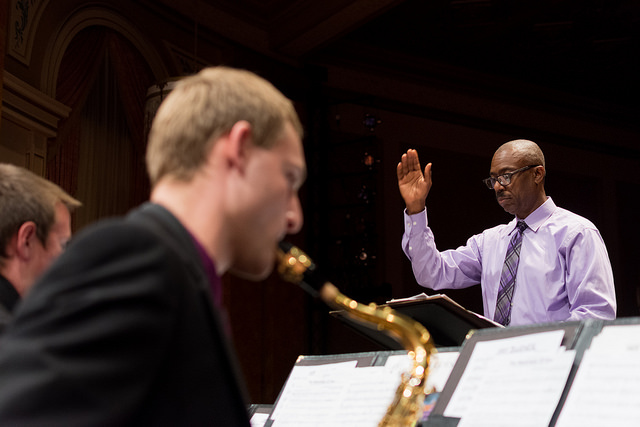