Finding Your Home at Gettysburg College 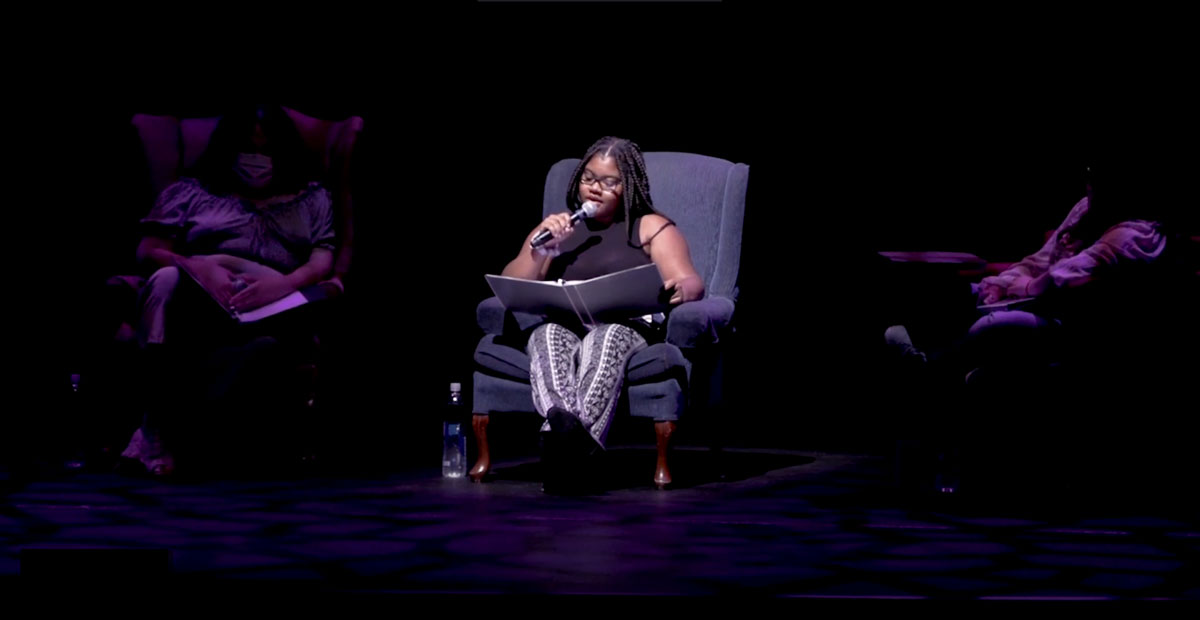 When Britney Brunache ’22 arrived at Gettysburg in the fall of 2018, she hoped to find a family in her new home away from home. She wanted to establish a tight-knit community of people of color while also pursuing her passion for theatre by acting, directing, writing, and ultimately diversifying the department.

She found that Gettysburg allowed her all that—and more.

“I did not expect to find my people here,” she said. “But based on my experience, I can tell you that no matter what you are interested in, you can find a place for yourself at Gettysburg, and it will become your second home.”

In her senior year, Brunache, a theatre arts and psychology double major, serves as the president of the Black Student Union; secretary for the Owl & Nightingale Players, Gettysburg’s student-run theatre organization; and campus ambassador for Teach for America. She has also written, directed, and acted in theatrical productions on campus and combined her commitment to diversity and theatre by writing and working on productions that have predominantly people of color in the cast.

“When I started acting, I was one of the only students of color in the department,” she said. “I made the decision that I wanted to actively work on diversifying the Theatre Arts Department by using my talents. Since then, I've directed several shows that have a predominantly Black cast, made sure to act in and recruit other students of color in our main stages and wrote shows that tell the experience [of people of color].”

In the fall of 2021, she directed “It’s Not Black or White,” a play she wrote through the Kolbe Summer Fellows Program in the Arts, Humanities, and Social Sciences. The following spring, she served as the assistant director for the Theatre Arts Department’s mainstage production of “Pipeline,” which was guest-directed by Wes Jackson ’14 and had a cast of all people of color.

“I wanted to do this so the students of color who come to watch theatre could see someone who looked like them on stage,” Brunache said. “Now I can say that the department is in a better shape in terms of diversity than when I started.”

While Brunache made many strides on her own accord, she found greater success by tapping into a network of faculty, staff, and students who could support her and help her achieve her goals. She immediately connected with Theatre Arts Prof. Susan Russell, who served as her Kolbe Fellowship advisor, helped her land an internship with HBO as a production assistant for the show “We’re Here,” and wrote her letters of recommendation.

“Susan was my biggest supporter in this journey,” Brunache said. “When I got to Gettysburg and met the people in the Theater [Arts] Department, they really instilled in me the confidence to do anything I wanted … and they allowed me to grow more as a person academically, socially, and career-wise.”

Similarly, Tom Cassara ’23 learned the power of building a support system upon his arrival on campus a year after Brunache. During his first year, he embraced any opportunity he could to get involved. He joined Student Senate, went to the gym five days a week, and sat in the front row of every class.

“I started going out to socialize and meeting new people and having a blast,” he said. “But eventually I wore myself out. Classes were harder than anticipated. My extracurriculars were more time-consuming and going out on the weekends began steadily robbing more and more of my studying time.”

By the end of his first semester, Cassara, who is now a philosophy and public policy double major, faced the risk of academic probation and had to re-evaluate his involvement on campus.

“I ended [my first] semester with a 1.56 GPA,” he said. “So, I dug down deep, planted my feet, and decided that I was going to do better. My first step was cutting back on extracurricular activities. The second step was becoming more proactive about reaching out to my professors when I needed help.”

Through Gettysburg’s encouraging environment, Cassara found his footing. He began working closely with his professors, going to the Writing Center for guidance on his papers, and attending counseling sessions through Gettysburg’s Counseling Services. He learned to rely on the Gettysburg community to bolster his academic, professional, and personal growth.

“In that first semester, I was so preoccupied with fitting in that I let myself down. I prioritized the wrong things and allowed my mental health to spiral,” he said. “It was only once I put my ego aside and asked for help that I began to get better.”

Once he set his priorities, Cassara began to feel more at home, balancing life as a college student surrounded by supportive peers and mentors.

“I don't think I truly felt like I belonged until my sophomore year. It was not until then that I finally felt like everything had clicked for me and I felt comfortable,” he said. “All that chasing I had done trying to fit in was not worth it. In the end, it was only once I decided to settle in and just allow myself to enjoy the campus that I felt at home.”

Even outside of academics, career pursuits, or extracurricular involvement, both Cassara and Brunache credit their personal growth to becoming embedded in a community where they felt like they belonged.

“Gettysburg is a community of people who thrive together,” Brunache said. “It doesn't matter if you're an athlete, a mathematician, or the editor of a newspaper. You can find something for yourself.”

Discover how a Gettysburg education empowers students to untap their academic, personal, and professional potential.