“Heeding Hayek: Co-dependency of Freedom and Responsibility in Capitalism” by Aaron T. Fedor 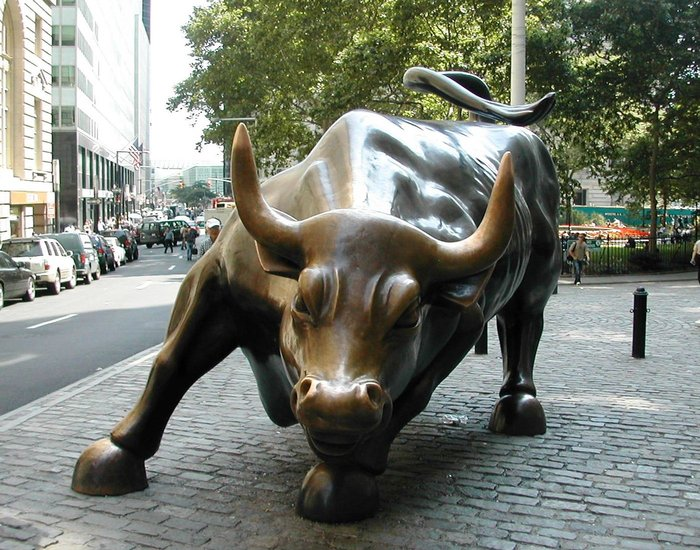 In the wake of a major recession, the world is once again reminded of the potential instability of free market economic systems. Naturally, the public intensely criticizes capitalism and looks for alternative options in order to provide greater stability and predictability to the system. In this study, Karl Marx and his extreme critique of capitalism is examined and followed to its necessary outcome of a planned economy. Such actions result in a centralization of power and abolishment of freedoms as explained by F.A. Hayek. In light of current tendency to further regulate the economy, Hayek’s words stand as a reminder as to the shift in responsibility and, co-dependently, freedom that occurs at a certain level of such planning.

"The Re-humanization of Evil" by Kris Frey

When we picture evil we see demons and devils and all manner of horror stories. In those stories we find that humans who commit evil are depicted as monsters and beasts possessed by demonic forces. Evildoers are viewed as separate from humanity yet they are indeed human beings committing evil. Evil does not come from a supernatural entity, I argue, but is indeed a part of human nature and its creations such as technology, war, social identities, and human institutions. Evil will continue to exist, and even though observing evil acts as they happen will not benefit us, remembering evil acts that have occurred will help us to read the signs and know when such acts may happen again. What we need to do is rehumanize evil after our history of dehumanizing it, as well as to use evil acts that have happened as a source of remembrance so that we can finally learn how to diminish evil. 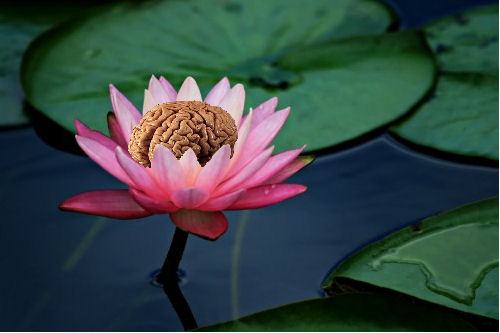 Reduction is not a technique unique to neuroscience. Quite the contrary, theoretic reduction, or the claim that x is in fact nothing over and above y, is a central tenet of what we consider the “hard” sciences. Additionally, the problems of reduction are not unique to neuroscience. All sciences grapple with the possibility that features of macro-level objects may be fundamentally irreducible to, or inexplicable in, more basic level structures; that properties may emerge from, or supervene on, only macro-level systems.

In this paper I will argue against the tendency among neuroscientist to pursue extreme reductionism in their research endeavors. Specifically, I will target those neuroscientists who attempt to reduce aspects of the world to nothing over and above neural correlates. As I will show, explanations of this kind ultimately fall short because they fail to account for the fact that both brains and researchers are embodied entities, and thus necessarily infused with a variety of understandings that are not covered by neural reduction. In conclusion, I will offer my own methodological approach to neuroscience, arguing that a full appreciation of the human condition does indeed require neuroscience - but only if that neuroscience is used to enhance, rather than negate, a system that explains the world as emerging rather than reducing.

“The Heart of the Is: A Philosophy of Being and Thanking” by Celie L. Katovitch 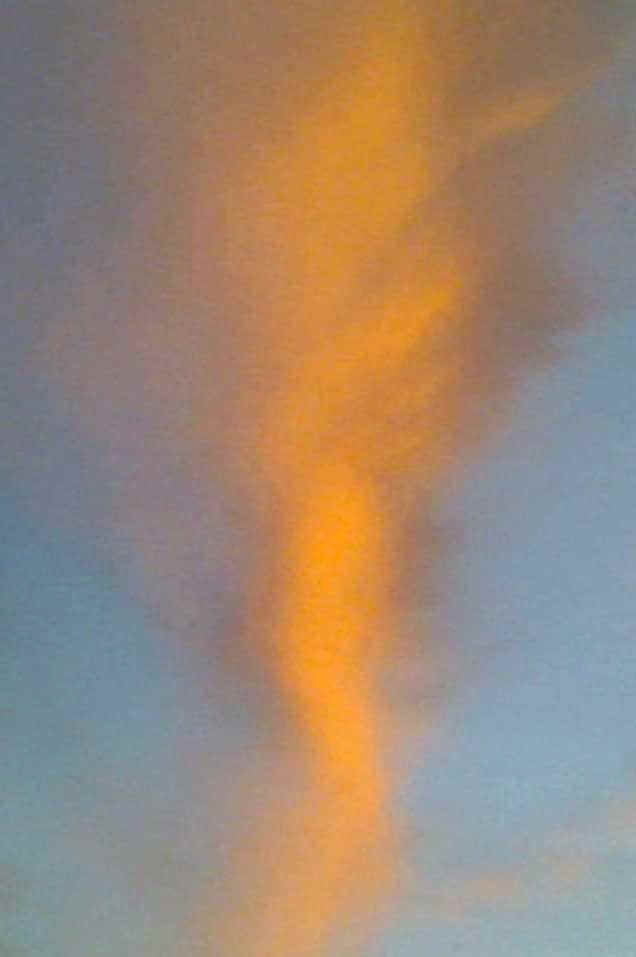 Following the lead of philosophers such as Martin Heidegger and Karl Rahner, the author outlines a phenomenology of faith. She begins with a study of human existence, focusing on the revealing experiences of agape (unconditional love) and sehnsucht (soul hunger) in order to approach the question of Being. The further question becomes: can we learn enough from these experiences to think about the holy? And if so, how do we hold whispers of gracious Being in tension with intimations of nothingness?

“Not Islands, But Bridges: An Examination of the Role of Community in the Experience of Suffering” by John A. Lawson 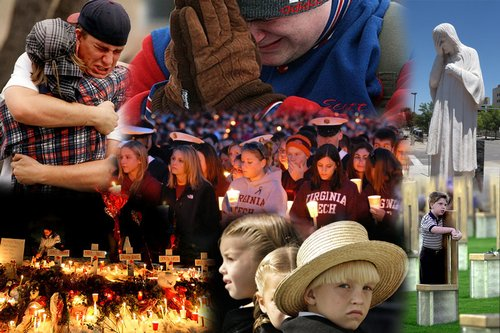 In humanity's journey to understand itself, suffering provides something of a foil. Suffering is a unique and complex phenomenon, distinctive in one way by the role a community plays in the individual experience. Through the lens of the school shootings at Northern Illinois and Virginia Tech, I examine this relationship between the community and the individual experience of suffering. The emotional journeys of these two schools, placed within the context of other tragedies, such as the Oklahoma City bombing, Pan Am 103, or the Nickel Mines shooting, are very instructive. Community, I argue, has something of a dual role in the experience of suffering, providing both emotional space and a place for remembering. The recounting and examination of these powerful journeys serves to help us understand tragedy, to help us understand each other, and to help us understand ourselves.

“Teach for America: A Colonial Project in a Post-Colonial Era?” by Amanda Nolte Teach for America is one of the nation’s premiere post-graduate service opportunities for a generation of college graduates looking for a way to do good. The program has been endlessly criticized, however, since its inception in 1990. One line of criticism asserts that Teach for America is a colonial project manifested in a post-colonial world. While it may seem ridiculous to make such a claim about a prestigious national program, an open-minded approach reveals the ways in which Teach for America's structure and policies reinforce allegations of the organization's colonial undertones. In my thesis I explore the merits of the argument that Teach for America is a project with colonial intentions. I argue that by applying principles of Paulo Freire's revolutionary liberation theology, Teach for America can modify elements of its program to better prepare teachers for immersion into the communities in which they will be placed.

“In Defense of Madness” by Bryan C. O’Connor

This inquiry began with one goal: to construct a philosophical defense for madness. This goal was reached through a series of ideas placed together like puzzle pieces. In this examination, Friedrich Nietzsche’s perspectivism is combined with Thomas Szasz’ ideas regarding the myth of mental illness and Michel Foucault’s study on the creation of madness. Finally a coherence theory of truth is applied in order to allow for multiple truth systems. The result: a sensible justification for madness, but only at the expense of a unified morality.

“Voluntary Obliteration: Foucault and the Ultramarathon” by Beret Odell

According to Michel Foucault, the body is at the focus of a complex power struggle between the individual and the institution. The top-down power structure evolved in the Classical Age to a bottom-up system in which control over the individual is exercised through the body. The body of the individual has been given certain capacities (utility) but also strict limits (docility). Each body enters specific training processes, is observed, examined, and normalized, making it useful and efficient, and rendering it docile. The body has become a political issue, a space where we have been invaded; meaning that placing society in question is a bodily experience. This paper calls into question Foucault’s understanding of physical exercises as a limit-experience-“the boundaries separating the conscious and the unconscious, reason and unreason, pleasure and pain-and, at the ultimate limit, life and death”-through the extreme sport of ultramarathons. Ultramarathoners are runners that run races of extraordinary distances (from 50-kilometer footraces to 64-day runs across the country) and put Foucault’s notion of limit-experience to the test: a full, active, and physical engagement in self-obliteration.

“Being Bilingual” by Allie Pagano 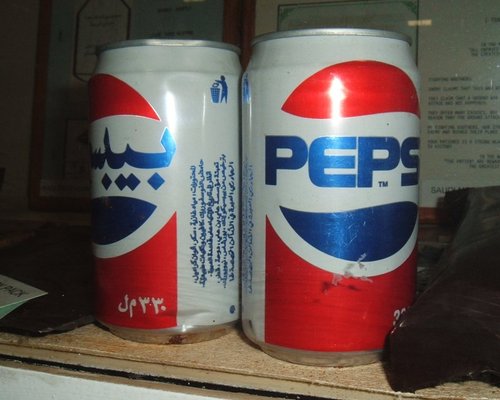 Language animates the globe through word and gesture. Entire worlds seem hidden inside languages; each a unique blend of syntax, speech, and culture. Bilinguals weave through these worlds and create webs of expression, beneficial in their vastness yet frustrating in their complexity. This paper examines modern theories of the relationship between language, thought, and reality, and investigates the experience of being bilingual in order to discuss the implications of bilingualism on an individual's world view and sense of identity. The affects of language are difficult to separate from its intricacies. It is deeply ingrained in our society; intertwined with culture, age, family, education, and a variety of other factors. By taking these factors into account, the limitations of reconciliation between languages are apparent, and the contribution of an individual perspective becomes meaningful. In the case of the bilingual, this point of view is comprehensive and dynamic.