Mass traumas such as wars and genocides do not just cause physical or mental trauma in individuals, but also create cultural trauma. the entire collective. Jeffrey C. Alexander describes cultural trauma as “when members of a collective feel they have been subjected to a horrendous event that leaves indelible marks upon their group consciousness, marking their memories forever and changing their future identity in fundamental and irrevocable ways.” I unpack this definition by exploring notions of collective identity, traumatic memory, and social death, showing that cultural trauma is a form of unresolved mourning in response to damage done to the social bonds of the collective. By distinguishing a collective trauma from individualized trauma, we see that we must develop political and psychological forms of treatment that address the damage done to communities and cultural groups at large.

“Health and Sickness: An Examination of the Affirmation of Negation of Life in the Face of Suffering” by Frank Scavelli In this thesis, I examine a line of thought that stretches from Arthur Schopenhauer (1788-1860) through Friedrich Nietzsche (1844-1900) to Thomas Mann (1875-1955), who attempted a synthesis and critical analysis of Nietzsche and Schopenhauer, and an assessment of their relation to seemingly-pathological fascistic sentiment he witnessed in the Germany of the 1920s and 30s. This line of thought deals with the essential question of Life. It addresses: questions of the relation of the body to the physical world; interpretations of suffering, Death, and Romanticism. It asks what the meaning of physiological-philosophical health is, and what is the consequence of its opposite, a sickness in respect to life itself.

“Virtual Futures: Virtuality as a Political Praxis” by John Duncan The public conception of the term ‘virtual’ often connotes gaming, virtual reality, and computer software. I have little interest in this definition of the term. Instead, this thesis explores French poststructural philosopher Gilles Deleuze’s notion of virtuality as a kind of potentiality, attempts to re-purpose the conception of lost futures, critiques the dangers of nostalgia, considers an aesthetic and poetic philosophical beauty, and ultimately conceptualizes a political praxis, however narrow, out of the suffocating claws of neoliberal modernity. Countering contemporary postmodern views on virtuality and leftist politics, while resisting the seductive agents of nihilism, I ultimately defend the possibility of an immanent political praxis that repurposes virtual philosophy as an effective force for resisting fascism and authoritarianism, reopening a life-affirming possibility for action in the present. For centuries conceptual notions of humanism adopted the “essential nature of man” framework that sought to identify common traits inherent in all of humanity. It wasn’t until the 20th century that the world’s first global trauma (The Great War) exposed some of the dangers present within this line of thinking. Amidst a time period where warfare rendered men as ultimately reducible and expendable, great existential philosophers emerged to address perceived losses of humanity in an attempt to revamp the question of what it means to exist. This thesis examines Martin Heidegger’s Being and Time as a definitive work that captures the nature of post-Great War existential humanism. Afterwards, special consideration will be given to various existential authors who took it upon themselves to craft questions of humanity and the validating nature of existence into short stories. The use of literature to convey philosophic dilemmas has greater overarching implications for philosophy as a whole. The question of whether or not traditional philosophic frameworks can aptly convey being is extrapolated upon within the discussion of these stories.

“The truth, The Hole Truth, and Nothing but The Truth” by Sam Wilensky

What is space? Is space an actual substance or is space a term we have created to describe the relations between objects? This debate between substantivalists and relationists is one that has been going on for quite some time. John Earman and John Norton attempt to put an end to this debate through mathematical issues that arise from Einstein’s field equations in general relativity. Earman and Norton show that these equations can be used to solve for a region of spacetime such that there can be two different solutions for the same region. With there being no possible observable differences between these solutions, there leaves a problematic indeterminism. For relationists, this is not a problem, but for substantivalists this is a big issue. However, through solutions to black holes contained within Einstein’s field equations, there are mathematically indeterminate regions of spacetime. These indeterminate regions of spacetime reduce the problems raised by Earman and Norton and either allows the substantivalists more options than accepting an indeterministic metaphysics.

“Altruism as a Virtue of Character” by Sara Graham Altruism is typically defined as an act that benefits others’ well-being. This type of definition provides an opportunity for certain motivation and justification theories, which has led to vigorous debate about both the nature and existence of altruism. For example, Ayn Rand and Joseph Butler present contrasting theories: Rand believes that altruism is a vice and Butler believes that altruism is a virtue. I propose a new account called character altruism, which defines altruism as a trait of character rather than a property of actions. In this new definition, altruism is a trait of character which contrasts with an altruistic act; it is the tendency to enhance others’ well-being. This interpretation opens a gap in which moral knowledge and consideration is necessary for the outcome to be an altruistic act. The act that results from an altruistic tendency can be virtuous or vicious, (validating both Rand and Butler) but the trait is always a virtue. Character altruism also accounts for pleasant feelings resulting from altruism.

“Poetic Witness in a Networked Age” by Jerome Clarke

When online videos can mobilize protestors to occupy public spaces, and those protestors incorporate hashtags in their chants and markered placards, deliberative democratic theory can no longer dismiss technology and peoples historically excluded from the arena of politics. Specifically, political models must account for the role of repetition in paving the way for unheard and unseen messages and people to appear in the political arena. Drawing on Judith Butler’s theory of the Performative and Hannah Arendt’s Space of Appearance, this paper assesses that critical and generative role of iteration. Repeating unheeded acts performs the capacity for those acts to be entered into discourse. The World Wide Web evidently augments such performativity with features such as accessibility, potential for ‘viral’ proliferation, and the ability to linger and remain indefinitely. This paper eventually grapples with the hazards and risks of networked repetition (e.g. desensitization, trivialization, etc.) in order to propose a poetics of repetition to mitigate those dangers. Such poetics ultimately distinguishes the critical witness from the complicit spectator.

“Does God Exist Necessarily?: A Reconsideration of Spinoza’s Ontological Argument” by Jonathan Lucido

Following in the footsteps of St. Anselm and René Descartes, Benedict de Spinoza argues in his masterpiece the Ethics that humans can know of God’s existence on the basis of a thorough and consistent definition of the word, ‘God.’ This style of argument, known as the ‘ontological argument’, would face robust criticism from Spinoza’s successors, David Hume and Immanuel Kant. Through different argumentative strategies, Hume and Kant both object that it is impossible to deduce the existence of anything on the basis of mere conceptual analysis. The task of this paper is to defend Spinoza’s argument against these criticisms by way of an explication of his unique conception of the divine as the totality of being. I first provide an exegetical account of Spinoza’s argument, through a detailed discussion of his concepts of ‘God’, ‘Substance’, and ‘Attributes’, before laying out my account of the criticisms of Hume and Kant. In the final chapter, I analyze Spinoza’s Latin definitions, with a particular eye on the word ‘infinite’, in order to demonstrate that by ‘God,’ Spinoza does not mean an anthropomorphic designer, creator, or judge. His understanding of the word ‘infinite’ entails rather the indefinite and unlimited potentiality of every way that being can express itself. Finally, without a theistic, juridical God to act as a moral law-giver, I argue, Spinoza offers a proto-existentialist understanding of human freedom, amidst the highly deterministic universe that derives from his conception of being.

“Can We Create an Ethical Machine?” by Joseph Roman

As advances in Artificial Intelligence, or AI, emerge, fears about the potential dangers of AI also increase. There is a general fear that when we work towards more powerful AI we take the risk of creating a system that is entirely outside of our control. In order to avoid the possibility of creating a rogue AI, programmers and engineers have looked for ways to limit the way in which AI can behave. One such method of limiting behavior is the creation of an AI that operates in accord with an ethical system, avoiding the potential issue of a rogue AI. I argue that, since every program must operate in accord with an overarching set of instructions, which I call the program’s Prime Directive, a program is incapable of self-reflection and as a result cannot act ethically, even if it can simulate ethical action.

“Contemporary Revitalization of the Ancient Stoic Philosophy” by Patrick Sweeney

Ancient Stoicism has traditionally served as an applied philosophy that provides practical principles which individuals may use to fortify their spirit and prepare them for the chaos of the world. In recent years, the military has become the “torch-bearers” of this philosophy; however, the focus has been primarily on two of the tenets, namely, duty and detachment. Examining case studies of modern applications of stoicism, I find that modern stoicism is severely flawed and, in some cases, ripe for corruption. While there are cases in which the ancient stoic philosophy has been applied faithfully, in the past hundred years, the Nazis, our own government in regards to interrogation, and even contemporary radicalized terrorists have utilized stoic tenets for nefarious purposes.

My thesis aims at a contemporary revitalization of the ancient stoic philosophy. I find that the current military applications of stoicism leave out an essential component of stoicism, which is joy. I advocate not a complete detachment from the world and from an individual’s emotions; but rather an embrace of the ancient stoic principle of living in accord with nature – in particular living in accord with human nature.

“Possible Relationships Between the Private and Public Virtues” by Yanbing Yang Many examples of successful public figures present an inconsistency between being privately virtuous and publicly virtuous. In this paper, I will explain and critique various possible relationships between the private and public virtues. I claim that private virtues and public virtues are, in fact, the same sets with some virtues being somewhat more public or private than others. I argue that, if virtues can only be cultivated through practice and being a virtuous person means to have all the virtues, then two key virtues are temperance and practical wisdom. Possessing them both will be sufficient to develop other virtues and become a virtuous person.

“The end is near: rethinking the apocalypse” by Ian Garbolski 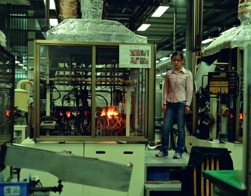 In my thesis, I examine how capitalism lends itself to narratives of apocalypse, dystopia, and catastrophe, and how this relation is articulated in the school of thought known as accelerationism. I begin by analyzing the temporal index of commodity production through Marx’s original critique of capital. I outline the processes by which the production of commodities mediates the future in the present. I argue that capitalism, as an unconscious and inhuman process, has constructed an inhuman future with the time lost to surplus labor. Furthermore, this future’s actualization is rapidly approaching because capital and technology have converged into an expanding singularity. The basic thesis of accelerationism is that the only way out is in—that the truly radical praxis is to intensify the processes of capitalism, because the conditions of its expansion will necessarily be its undoing. My senior thesis is ultimately a novel rearticulation and reaffirmation of the accelerationist hypothesis, and what I humbly hope is a valuable contribution to a radical school of thought.