At Gettysburg College, creative thinking is more than a skill taught in the classroom. It’s cultivated in everyday life and evident in the various hands-on learning opportunities available to students, such as student-faculty research.

This summer, as the College and the world navigated the COVID-19 pandemic, 35 students and 15 faculty members, with the support of the wider College community, creatively collaborated to conduct Cross-Disciplinary Science Institute (X-SIG)-sponsored research, remotely. Our faculty were innovative in their approaches, as they not only pivoted their projects from an in-person experience to a fully remote one, but they did so in a way that was dynamic and engaging for students.

Funded by the Dickson Fund, Kolbe Fund, and a donation from Gail Seygal ’67, these research projects spanned across academic departments, including biology, chemistry, computer science, psychology, and physics. And they explored everything from the foraging decisions of frog-eating bats and bimodal communication in red-eyed tree frogs, to the effects of social media photos on mental health, the period-luminosity relationship of RR Lyrae stars, and beyond.

Learn more about several X-SIG-sponsored projects and the learnings from their remote research, below:

While the current health climate kept Prof. Michael Caldwell and student researchers Lilianna Mischke ’21 and Zowie Searcy ’21 indoors and at a distance this summer, they turned their focus toward the analysis of video, sound, and vibration recordings collected from wild bats and frogs, rather than field work. In doing so, their nature-centric research remained a boundless opportunity.

“I really did not know what to expect from the virtual setting, but it still ended up being an amazing opportunity that I’m very grateful for,” Mischke said. “Prof. Caldwell has been incredible and found ways to make [student-faculty research] work given the circumstances, which meant being flexible with what the virtual setting allows in terms of research. Unfortunately, we weren’t able to do field work with live organisms, but I was exposed to the data analysis side of research. It may not seem exciting on a surface level, but it is such a necessary part of science.”

In her portion of the research project, Mischke studied the relationship between sounds and plant vibrations which are produced simultaneously by red-eyed tree frogs. As she listened to recordings of the frog calls, she used bioacoustics software to identify characteristic differences in the amplitude and spectral properties of these calls.

Searcy focused her efforts on analyzing the behavior of a tree frog predator—frog-eating bats. She measured behavioral traits from previously recorded videos to determine if a frog-eating bat can change its attack path to target different prey when new information becomes available, and if the accuracy of its attack is affected by switching between prey.

Much like Mischke, Searcy thought the virtual research experience came with many silver linings, one of which included a book club that Caldwell held to keep them connected to their peers and make the research a social and intellectual experience.

“Outside of technical skills, I have gained more confidence in my ability to communicate my work to people both in and outside of the field of research,” Searcy said. “It’s also helpful to have another faculty member to be able to learn from and reach out to, if needed. I've learned more about how the scientific community works, even if it was all via Zoom meetings and not in person.”

While the group is still in the process of drawing their final conclusions, working with the data has revealed several interesting insights, one of which being the observation of a pattern of plants acting almost like microphones, vibrating in response to airborne sounds, and potentially changing the ways that plant-dwelling animals interpret sounds in their environment. Caldwell, Mischke, and Searcy have plans to further analyze their research throughout the academic year.

Have you ever considered how your social media habits could be affecting your mental health? Research conducted by Prof. Kathy Berenson, Kaley Michael ’22, Brittany Repak ’20, and Hope Rutter ’22 this summer suggests that the type of images individuals view on social media can have a direct effect on one’s mood and self-perception.

Specifically, they’ve compared the effects of body-positive social media content, such as selfies with no makeup or filters, to idealized-body content and neutral-control content on young women’s psychological states.

“As predicted, viewing body-positive content resulted in better mood and self-compassion than viewing idealized-body content, especially among participants with higher disordered eating symptoms, and these effects were mediated by a reduction in self-criticism,” Rutter said. “In addition, the effects of viewing body positive content were better or equal to the effects of viewing pleasant photos completely unrelated to body image, even among participants experiencing high disordered eating symptoms.”

In a separate research project with Berenson, Michael examined how people with different kinds of interpersonal problems respond to different kinds of social support, and Repak worked to develop an independent study on heart rate variability as an index of emotional resilience.

“Participants with high levels of interpersonal difficulties preferred receiving support that validated their negative feelings rather than support involving positive reframing,” Michael said. “We found that the higher the level of their interpersonal difficulties, the more that imagining their friend putting a positive spin on their hardships made them feel misunderstood, the more doubts they felt about the quality of the friendship, and the more they perceived the friend as trying to express dominance or superiority over them.”

The findings of their social media research project were accepted as a poster presentation at the annual Association for Behavioral and Cognitive Therapies Conference with the Clinical Psychology at Liberal Arts Colleges Special Interest Group, which the group will be virtually attending this month.

Autumn Tripet ’22 was always fascinated by the night sky and that which cannot be seen by the eye alone. After graduating from Gettysburg College next year, the physics major and German minor aspires to be an astrophysicist—continuing the quest started by her younger self in an effort to try to understand the universe. The ongoing research with Prof. Jacquelynne Milingo, which the student-faculty pair started over the summer, is contributing to that journey.

Milingo and Tripet have been working in conjunction with Our Solar Siblings, an astronomy education research group created by Australian-based educator and astronomer Dr. Michael Fitzgerald that offers scalable, remote observational research opportunities for students. Specifically, they’ve been conducting photometry and time-series analysis of the RR Lyrae star HI Draconis to contribute to a broader study of the RR Lyrae period-luminosity relationship, which is a way to determine distance for this particular type of variable star. This project has utilized the Las Cumbres Observatory—a global network of robotic telescopes that use artificial intelligence to schedule and optimize target observation—allowing all of the research to be conducted remotely.

“Given the state of the world and the virus, I was skeptical of how research was going to pan out,” Tripet said. “But this past summer I realized that doing astronomy research virtually was actually a lot easier than I expected. We were graciously lucky enough to have had the ability to access multiple research telescopes across the world. This has aided us in gathering images of HI Draconis and putting us on the right track in terms of data reduction. Virtual research is something that is extremely accessible, especially in the astronomy community.”

Through their research thus far, Milingo and Tripet were surprised to find that HI Draconis is part of a binary system. This complicates the photometric analysis because both the binary system behavior and the RR Lyrae behavior contribute to the changing brightness of HI Draconis.

“We expected just to gather information about one star, however HI Draconis had other plans and decided to invite a friend of his to the party. With HI Draconis having another star extremely close to it, we must figure out a way to separate the two into their own separate data and information, which is something we’re still trying to figure out,” she said.

The research specific to HI Draconis will continue throughout the 2020-2021 academic year, and the student-faculty duo plan to publish a paper on their findings once the project concludes.

From observing the night sky—online—via connected telescopes across the world, to underscoring the critical role of data in scientific research, and taking a deeper dive into the psychological effects of the virtual, social spheres that have connected individuals amid the global pandemic, our creative-minded faculty and students met the challenge of remote research head-on. And in doing so, discovered a new and unexpected muse: opportunity.

Learn more about how the X-SIG program at Gettysburg College equips students with the skills necessary for modern research.

The pursuit of purpose with spiritual coach Lindsay Morlock ’04 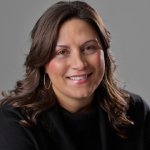 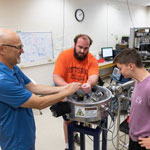