Gettysburg College first-year students acclimate, collaborate, and grow throughout the early stages of their college career. They dip their toes into various extracurricular opportunities, find friend groups, and adjust to the academic rigor of their undergraduate studies.

But one academic experience in particular allows students to live and learn in our community from the moment they step on campus. Here, each incoming class has the chance to develop their personal and professional skills in the unique learning environment of First-Year Seminars.

These carefully selected, nuanced subjects, taught by professors across disciplines, aid in students’ transitions to college-level coursework and challenge them to jumpstart their four years of intellectual growth. Students may also have the opportunity to present the research from their First-Year Seminars at the Celebration of Academic First-Year Engagement (CAFE) Symposium.

“The First-Year Seminar program was the cornerstone for the beginning of my Gettysburg career and served as a springboard for all my future endeavors at the college.”
– Ethan Wilt ’23

Three rising sophomores—Benjamin Jones ’23, Danielle Kleinberg ’23, and Ethan Wilt ’23—recently completed their First-Year Seminars and were selected to represent their class in a presentation of their research to the Board of Trustees. Follow along as they reflect on their experiences.

Shortly before traveling back to his birth country of Cambodia, Benjamin Jones ’23 completed a research project studying the 20th century Cambodian genocide for his First-Year Seminar, entitled Death and the Meaning of Life, which was taught by Religious Studies Prof. Charles (Buz) Meyers. While there, he was able to visit the site of the tragedy and discuss the events of his research firsthand.

“My research was very impactful to me because I learned so much about my birth country and the events that shaped it into what it is today,” Jones said. “Because of the research I conducted before arriving to Cambodia, I was able to visit the places I read about and talk to some of the survivors of the genocide.”

The psychology and Spanish double major chose to center his research around two devastating mass killings and their implications—the genocide of the European Jewish population by Adolf Hitler and the Nazi Party, and the killings by Cambodian leader Pol Pot and the Communist Party Khmer Rouge.

“Although mass genocide of the Khmer Rouge is not as well-known as the Holocaust, it had an equally devasting effect on the country,” Jones said.

Jones believes the greatest personal impact he gleaned from the seminar was developing the ability to discuss topics related to death with ease.

“Before I took this seminar, death and dying scared me and I did not want to talk about it,” Jones said. “However, after weeks of talking about death, I learned that, yes, death is an uncomfortable topic to discuss, but the more you talk about it, the less difficult it is to confront it.”

After graduating, Jones, a member of Gettysburg’s Reserve Officers’ Training Corps (ROTC) program, intends to join the Army, where he hopes to continue to hone his leadership and team-building skills.

“It is a way to give back to and serve the country that has so kindly taken me in,” Jones said of his decision to join the military.

He plans to take what he’s learned in his First-Year Seminar with him to greater inform his work as a psychology major and would like to ultimately transfer those skills to working in military intelligence.

The morning of her CAFE Symposium presentation on the implementation of a sustainability advisory board at Gettysburg College, Danielle Kleinberg ’23 received word from the Office of the President that the College would be introducing a Climate Change & Sustainability Committee.

The email laid out a plan remarkably similar to her own research. Through her First-Year Seminar, called Food, Water, Shelter, Song: Staying Human on a Planet in Transition, which was led by English Prof. William Lane, she found that a sustainability task force would make Gettysburg more environmentally conscious.

The timing of Kleinberg’s seminar, research topic, and presentation could not have aligned more perfectly. Yet, before taking the seminar, she had never taken an environmental science course, nor had she delved into the implications of global warming.

“I [have] always been intrigued by nature and the environment,” Kleinberg said. “I thought that this seminar would be the perfect opportunity to develop this interest. … Since climate change is such an important global issue, I wanted to learn more about it and explore new perspectives. I hoped that this seminar would provide me with the tools necessary to effectively communicate the science of climate change to society.”

Kleinberg found herself researching institutions similar to Gettysburg to craft a framework with environmental recommendations that would lead to reducing the College’s carbon footprint. Key in these suggestions were implementing a committee, providing sustainability-related literacy tests and orientation programs for students, and incorporating courses that would foster a generation of sustainability-minded students.

“Before taking my First-Year Seminar, I had not considered double majoring in environmental studies,” Kleinberg said. “After completing this course, I feel more confident in my ability to effectively communicate with my peers and family about topics such as global warming. In addition, I am motivated to continue developing my interest in the environment.”

A chemistry and environmental studies major from Allentown, Pa., Kleinberg discovered that the largely discussion-based seminar nicely complemented and further enhanced her biology, chemistry, and calculus lectures. It also challenged her to examine various perspectives on global issues, think critically, and opened her up to research opportunities at Gettysburg.

“My First-Year Seminar showed me that even as a first-year, I had opportunities to research and make an impact,” Kleinberg added, noting her research presentations at the CAFE Symposium and to the Board of Trustees. “This experience proved to me that I was valuable to the Gettysburg College community, which increased my confidence in and out of the classroom.”

“Even though my majors concentrate more on the science aspect, rather than the policy aspect, of the environment, the research from my seminar will continue to give me a different perspective,” said Kleinberg, who aspires to pursue the fields of environmental toxicology and health upon graduation. “This is a key aspect to the liberal arts and interdisciplinary academic environment at Gettysburg College.”

Studies on space pave the way for Ethan Wilt ’23

Political science and public policy double major Ethan Wilt ’23 of Moorestown, N.J. has always been fascinated by space. Similar to the pioneers of space exploration who traversed uncharted territory in outer space, Wilt has a particular affinity for uncovering new and important information and sharing it with others.

When he selected the First-Year Seminar, From the Earth to the Moon, taught by Provost Chris Zappe, Wilt discovered a passion for research and space studies that perfectly fit his intellectual curiosity. Throughout the seminar, Zappe made it a priority to emphasize forgotten historical figures that played a vital role in the early stages of the United States space program, which intrigued and inspired Wilt.

“I have always had a broad knowledge of the events and people that encapsulated the space era but, throughout the seminar, I grew to understand that there was much more behind the story than I previously learned,” Wilt said. “This seminar afforded me the opportunity to engage critically and challenge myself to search and research the individual stories behind big moments and events.”

While diving into space policy and the race for aerospace dominance between the Soviet Union and the U.S. in the 1950s and ’60s, Wilt became intrigued by class discussions surrounding the influence of the little-known German aerospace engineer Wernher von Braun. This newfound interest became the topic of Wilt’s research for the course.

“Von Braun is undoubtedly a forgotten figure within that era, which is why I was so interested in researching his work. This is because, without the work of Wernher von Braun, President John F. Kennedy’s vision to land on the moon by the end of the 1960s would have never come to fruition,” Wilt said. “It is imperative to investigate and explore these sometimes unheard of, or less known, events or people to truly understand the magnitude and scope of the times as a whole.”

For his seminar, Wilt implemented research practices aided by resources at Musselman Library, presented his research at the CAFE Symposium, submitted his research paper to The Cupola—Gettysburg’s open repository collection of student and faculty scholarly and creative works—and presented to the Board of Trustees.

Following his newly discovered passion for research, Wilt aims to work as a peer research mentor at Musselman Library to continue immersing himself in Gettysburg’s First-Year Seminars.

“My First-Year Seminar has been crucial in helping me find myself, both academically and socially, and has helped pave the way for my future at Gettysburg College,” he said. “Unequivocally, the First-Year Seminar program was the cornerstone for the beginning of my Gettysburg career and served as a springboard for all my future endeavors at the college.”

Wilt now plans to stay informed on space politics. He considers himself more well-versed on private and public spaceflight, a timely topic amid this past spring’s first launch of NASA astronauts since 2011.

“As a political science major, I am interested in the political aspects of the space program, along with how the future of NASA will be affected as other private companies vie for space,” he said. “As a human, I am simply enamored and fascinated by the prospect of going to space and pushing the envelope for space exploration and humanity, which is why this course was such a meaningful experience.” 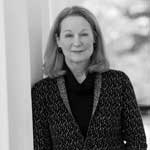